The decision by two Windsor police officers to “essentially cover up the violence” in a domestic dispute investigation back in 2016 has been “absolutely hell” for John Levergood, even to this day.

When Levergood called 911 to complain about being assaulted by his now-estranged wife, with his two infant children in the home, police arrived and opted not to lay a charge — despite being required under provincial and departmental policies to do so.

Constable Marc Lalonde noted the “marks on his chest,” according to an audio recording Levergood secretly took on the night of February 28, 2016. But the officer also said “we are not going to address any injuries and we’re gonna essentially cover up the violence.” CBC News has obtained a copy of that recording.

“Basically we’re saying it’s a non-assault. It’s like the assault never happened …,” Lalonde can be heard saying on the recording. He retired in 2017, and wrote in a report that there was no indication of physical violence.

The reason the officers opted not to lay a charge is because Lalonde wanted to “try to keep [the] CAS [Children’s Aid Society] out of it.”

“I’m really doing you the biggest favour in the world,” Lalonde said.

Now, Levergood says those actions complicate his family court case involving his estranged wife where she’s seeking custody of their two kids and financial support. But because she wasn’t charged initially, he said it’s difficult to prove his side of the story.

“Credibility is everything when it comes to family court,” he said.

LISTEN: John Levergood secretly recorded the officers telling him why they wanted to ‘cover up the violence:’ 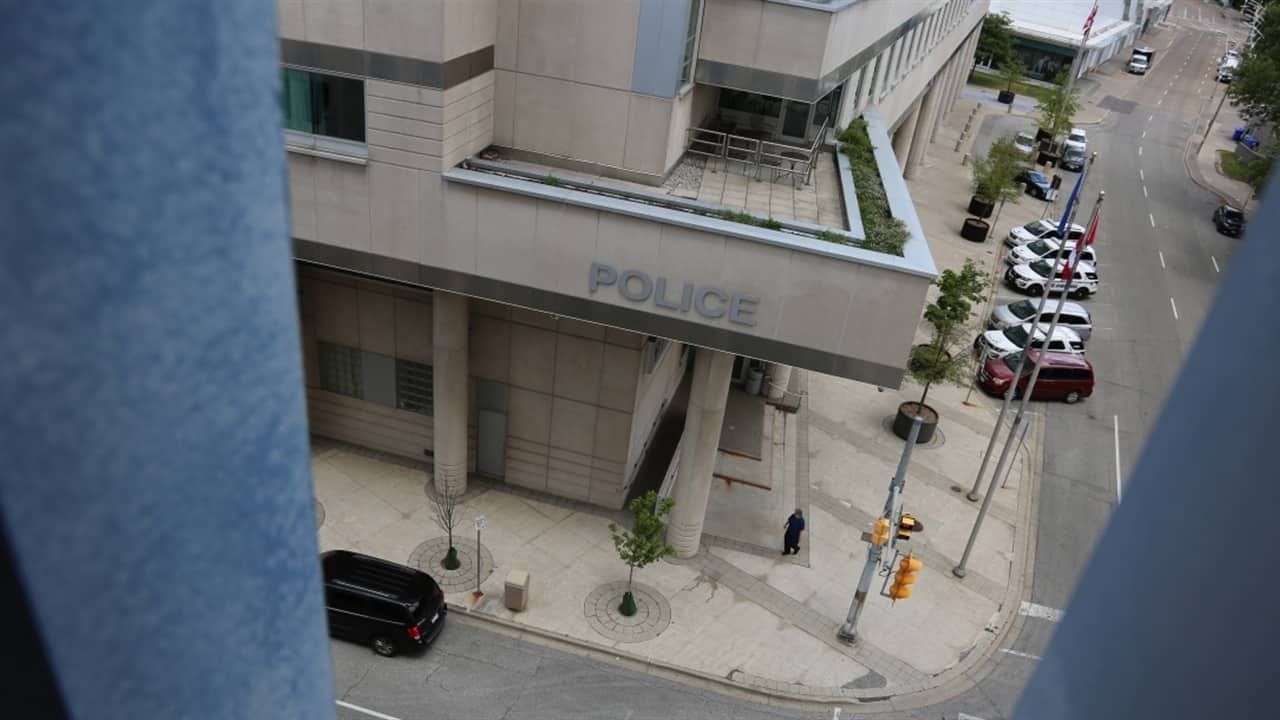 John Levergood called 911 saying he was being assaulted by his now estranged wife. He secretly recorded conversations with police at his home. CBC News edited together excerpts from an audio recording that spanned more than 70 minutes. 1:30

After Levergood complained to the Office of the Independent Police Review Director (OIPRD) in 2018, the Windsor Police Service Professional Standards branch was assigned to investigate the officers’ conduct. That investigation led to one of the officers being found guilty on Police Services Act charges, and Lalonde would have been charged and faced a hearing, but had already retired.

The Major Crimes Branch also re-opened the domestic probe and eventually charged Levergood’s estranged wife with assault two years after the incident. She was given a conditional discharge last year. That means while there is a finding of guilt, there’s no conviction, and no criminal record after three years, if the terms outlined by the court are fulfilled.

But because different agencies haven’t corrected their files to reflect this change, Levergood says he struggles to defend himself in family court.

“They knew what was going on,” said Levergood. “They just said it was going to destroy the family. They knew better.”

“It’s insane. The police need to step up and do what they need to do. They need to make the calls to the proper agencies and they need to tell them what actually happened.”

The audio recording was verified by the Windsor Police Services Professional Standards branch during its 2018 investigation and used as evidence.

“I was glad that it had been finally proven and verified because I couldn’t afford to do so any other way,” said Levergood.

The Police Services Act didn’t apply to Lalonde in this instance, since he was no longer a police officer.

Still, investigator Sgt. Todd Pearce said charges under the Police Services Act would be warranted if Lalonde was still an officer.

The Ontario government’s Police Standards Manual and a Windsor police directive clearly state a charge should be laid in all domestic violence occurrences “where there are reasonable grounds to do so.”

His partner on the call, Constable Kevin Lacoursiere, is still a Windsor police officer and has 27 years of experience. The investigator found he “ought to have known that a charge of assault against [the estranged wife] should have been laid.”

During the misconduct investigation, the allegations of neglect of duty, insubordination (for not taking proper notes) and discreditable conduct were substantiated against Lacoursiere.

He pleaded guilty to neglect of duty in July 2019, while the other two charges were withdrawn by the police prosecutor.

In the end, Lacoursiere forfeited 80 hours of pay, which is equivalent to roughly $4,000.

“There is no question that PC Lacoursiere’s actions caused discredit to the reputation of the WPS and constituted serious misconduct,” wrote David Amyot, who represented Windsor police during the disciplinary hearing.

Even though Lacoursiere admitted wrongdoing, and apologized to Levergood during the proceedings, the Windsor Police Service isn’t willing to assist in correcting the records of other agencies, Levergood said.

“Now nobody wants to deal with it. Nobody wants to spend the resources it takes to make the amendments in the files,” said Levergood.

“The records all start off on the wrong foot. Historically, everybody keeps making the decisions based on the earlier inaccuracies.”

I prepared for a future for my children and it’s gone. Nobody wants to look at this. They blame me. I’ve got PTSD now, situational anxiety.– John Levergood

He’s tried to provide the updated police documents himself without any success, Levergood said. He said police haven’t been much help either.

“It is the prerogative of the complainant to present any records to further their own case in any unrelated court processes, including such matters involving civil and family court proceedings,” said Sgt. Steve Betteridge in an emailed statement to CBC News.

Defending himself against allegations made by his estranged wife, and trying to get different agencies’ records corrected, has taken a financial and emotional toll on Levergood.

“I look like the monster because I can’t afford to defend against the accusations,” said Levergood, adding that he gets minimal support from legal aid.

“I prepared for a future for my children and it’s gone. Nobody wants to look at this. They blame me. I’ve got PTSD now, situational anxiety,” he said.

Levergood became emotional thinking about the thousands of hours and thousands of dollars he’s spent on this case. He said Windsor police should be taking some responsibility for this and assist him in correcting files at other agencies because “everything started with them and all because of them.”