Which essential workers should get COVID-19 vaccine priority? Teachers want a place in line

As coronavirus cases spiked in Manitoba this fall, Winnipeg teacher Matt Fabbri shrunk his personal circle down to his wife and their three kids. That meant a lot more FaceTime calls, and very little else — no church, play dates, sleepovers or birthday parties.

“When dad goes to the store, dad’s not taking anybody anymore for the car ride,” Fabbri recounted telling his young school-aged children.

“The place where you’re going to see your friends is at school [and] that needs to be it for now…. We’re just going to lay low.”

Even so, “that doesn’t mean that my bubble is any smaller. My bubble has hundreds of people in it because of the nature of my job,” Fabbri said.

He estimates he sees between 45-60 students each week, and counts approximately 60 colleagues — not only teachers and administrators, but also educational assistants, office staff, custodians and more — who work “in close proximity” with the students before going home to their own families.

However, it’s less clear who is next in line, and calls are emerging for teachers, school staffers and child-care workers to be counted among the essential workers likely to be prioritized next to keep Canada running during the pandemic. 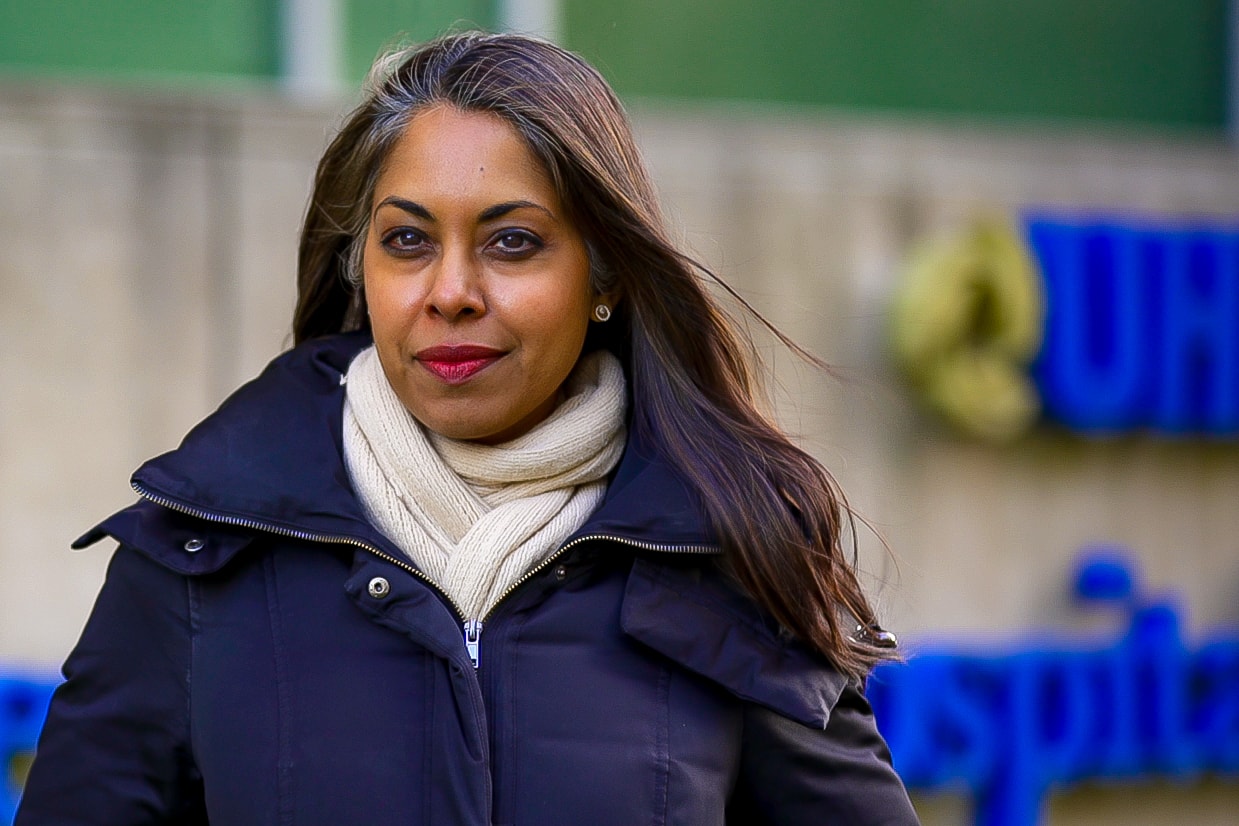 Infectious diseases physician Susy Hota explains the thinking behind which groups will be prioritized for coronavirus vaccines. 2:38

“We’re calling on governments to make sure that teachers are among the first to get vaccinated after the vulnerable populations and our health-care workers,” said Shelley Morse, president of the Canadian Teachers’ Federation, an alliance of provincial and territorial teacher unions that represents more than 300,000 education workers across the country.

Governments should consider teachers and education workers among the early groups of essential workers for vaccination considering the risks most currently face in their classrooms, including poor ventilation, no room to physically distance, and variable mask requirements, according to Morse.

“Anywhere you go in public, you have to have a mask on. You have to be taking precautions,” she said.

Early vaccination of education workers offers a valuable layer of protection and will help keep schools open for in-person learning, which is best for students, said Morse.

“For women to stay at work, for the economy to recover, schools need to stay open and, to stay open, we need teachers to be vaccinated.”

It’s a consideration that’s also been raised in the U.K. and the U.S. in the past two weeks amid conversations about next steps in their own vaccine rollouts.

The U.K.’s education secretary suggested earlier this month he’s looking at prioritizing teachers and school support staff after the initial phase rolling out the Pfizer-BioNTech COVID-19 vaccine, a decision also called for by England’s children’s commissioner. The U.K.’s vaccine committee has suggested those at greater risk of contracting the virus due to their work — such as first responders, the military, teachers and public transportation workers — could be prioritized in a second phase.

In the U.S., with many schools still offering remote learning only, teachers and school staff should be part of the second vaccination phrase “to allow for the safe, orderly and timely reopening of schools,” said American Federation of Teachers president Randi Weingarten in a statement to POLITICO. The AFT is among a wider group of unions and organizations representing superintendents, principals, counselors and parents calling on the U.S. Centers for Disease Control and Prevention’s Advisory Committee on Immunization Practices to prioritize educators after the initial vaccination wave.

As part of a sweeping immunization effort  in Russia, Moscow officials have included teachers among the high-risk groups encouraged to receive Sputnik V, the Russian-designed COVID-19 vaccine.

In Canada, provincial and territorial governments determine the vaccination queue and the definition of essential workers — among the groups the NACI has recommended be included in the second stage for coronavirus vaccinations. So far, however, many jurisdictions have been  tight-lipped about just who will be in these subsequent phases.

“We will be providing more detail … about what we see rolling out, not just next week, but in the coming weeks and months and where people may find themselves in the rollout of vaccine,” said Dr. Bonnie Henry, British Columbia’s provincial health officer, on Monday.

In Alberta, “no decisions have been made regarding teachers or any other specific employment sectors not identified in Phase 1,” Tom McMillan, assistant director of communications for Alberta Health, said in a statement Tuesday.

“Specific priority groups for Phase 2 will be determined in the new year based on uptake from Phase 1 and input from Alberta Health and AHS on the most effective use of the vaccine available at that time.”

According to an Ontario Ministry of Health spokesperson, “we know many Ontarians are eager to get vaccinated … as further information is made available about the various types of vaccines and availability of doses, additional details related to the implementation of the COVID-19 immunization program will be provided.”

Though who is deemed a provider of essential or critical services is open to some interpretation, these important conversations about vaccine rollout over the next year must start now, says Dr. Susy Hota, medical director of infection prevention and control at the University Health Network in Toronto.

“In Ontario at least, we’ve been very clear that making sure that we have an effective education system continuing to run through this is really important to us,” she said.

“There are a lot of reasons why it would be important to prioritize people who support our education system, and those who help to provide child care as well, in that next year of rollout because of that really essential service they do play in society.”

Back in Manitoba, Winnipeg high school teacher Fabbri supports the decision about the initial groups slated for phase one of the vaccine recipients. He’s also happy his province has designated educators as critical service workers, a label they didn’t have in last spring, he says.

“Our government has seemed to prioritize the economy and … if we shut our [Kindergarten to Grade 6] schools, it’s really going to shut down the economy,” he said.

“We cannot shut the doors long term again because it’s not good for our kids.”