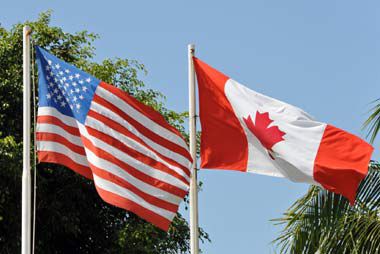 This question is part of an age-old debate between the two largest nations of North America. The societies of both Canada and the United States hold the view that their own country is the better place to live. Generally, neither country knows all the facts about what the other country has to offer. So, which is better: Canada or the United States?

Canada’s 2019 gross domestic product (GDP) was $1.73 trillion, while the United States reported a GDP of $21.4 trillion. While the U.S. is a much larger superpower in terms of the economy, the incomes of citizens are much more closely aligned. The U.S. Census Bureau reports the median income for U.S. families at $68,703. In Canada, the median income for 2019 was $62,900.

According to the website numbeo.com, the cost of living is higher for Americans than for Canadians. The Numbeo Cost of Living Index estimates that consumer prices in Toronto are about 24.05% lower than in New York City, and Toronto’s rent price is approximately half the price of renting an apartment in New York. This Index looks at rent, groceries, restaurant prices, and local purchasing, which are all higher collectively in the United States ($ in USD).