Victim of Quebec City Halloween attack focuses on forgiveness and music, during his recovery

One of the survivors of the Halloween attacks in Old Quebec has told CBC Quebec that he was lying in the ambulance when he decided to forgive the man who had attacked him with a sword, earlier that night.

Rémy Bélanger de Beauport suffered multiple fractures and wounds to his head, shoulders and lower back. His right hand — the one he uses to hold his cello bow — was badly hacked, and his index finger severed.

After spending nearly three weeks in hospital, the 37-year-old posted a video to Facebook thanking medical staff and the people who have been sending him messages of support.

The Quebec City musician said he sees no point in being angry with the man who attacked him.

Carl Girouard, 24, is facing two counts of first-degree murder and five counts of attempted murder after allegedly attacking seven people with a sword in the historic district of Quebec City while dressed in a medieval outfit on Halloween night.

Bélanger de Beauport said he thinks his attacker was probably suffering and struggling with his mental health.

“I don’t know what was up with him, but I forgive him. And this body full of rage that I met was not filled with a whole person — that’s for sure,” he said in an interview from a health centre in Quebec City where he is recovering.

Two people died the night of the attacks, Suzanne Clermont and François Duchesne. Four others were also injured.

Bélanger de Beauport said he means no disrespect to the families who are grieving. He said the thought came to him naturally, that very night.

“I was in the ambulance and I had already forgiven him. I told myself, ‘Why not try to say ‘I love him’, and I realized I did,” said the cello player, describing himself as a believer in “radical softness.”

He also believes in restorative justice — where victims and offenders have the opportunity to meet, or find other ways to come to terms with the crime — rather than a long prison sentence.

“I want to meet the guy, have a conversation and I want him to tell me who he is, and I want to tell him what my life is.”

Thought it was ‘a trick’

On Oct. 31, Bélanger de Beauport was out walking in Old Quebec and turned toward the Château Frontenac just after 10:00 p.m.

He stopped, took a photo, sent it to a friend, and continued on toward Saint-Louis street.

He saw a man dressed up in costume, carrying a sword. He figured it was a drunken Halloween trick and didn’t make too much of it when the man approached with the weapon raised in the air.

When the sword came down on him, he fell to the ground, and thought his only chance of surviving was to scream.

“I think at one point my screams got to the guy who was inside the body.”

After his attacker left, Bélanger de Beauport made his way toward the fountain in the middle of Place d’Armes, the park below the Château Frontenac.

He considered resting for a moment, but realized he needed to get up and get help, fast. That’s when “the narrative flipped,” he said, and probably saved his life.

“I almost never saw myself as a victim, but rather the hero in my own story. So when I got up from that fountain and went for help, I took control of the situation.”

The injuries that will take the most time to heal are those to his right hand. Most of his fingers were slashed and he picked up his own index finger off the ground after the attack.

He held onto it until a doctor asked him what was in his hand. When Bélanger de Beauport explained that he was a musician, he was quickly transferred to Montreal’s Sacré-Coeur hospital, where “a brilliant surgeon” reattached the limb.

The finger is healing well but half of his thumb was also cut off — the half that holds onto the bow.

“As a cellist I’ve worked years and years to perfect the handling of the bow and now it’s all gone. And you know what? I’m fine. I’m alive. I almost died, and I’m alive.”

As an improvisational cellist, Bélanger de Beauport said he’s always experimented with the depth and limits of sound.

“That’s my thing — and now I have new limits — so I can’t wait to be back on my feet and explore whatever I have now.”

A crowdfunding campaign launched by his former colleagues in Rimouski, Que., has raised more than $30,000 so far.

Some of that money will help him find “a new kind of bow” that will work with his hand.

As he gets there, Rémy Bélanger de Beauport said every day, he reads a few of the hundreds of messages of support he’s gotten since Oct. 31.

“It really lifts you up. Every one of those messages was just putting me a little bit stronger than before. The flow is unending. It’s great.” 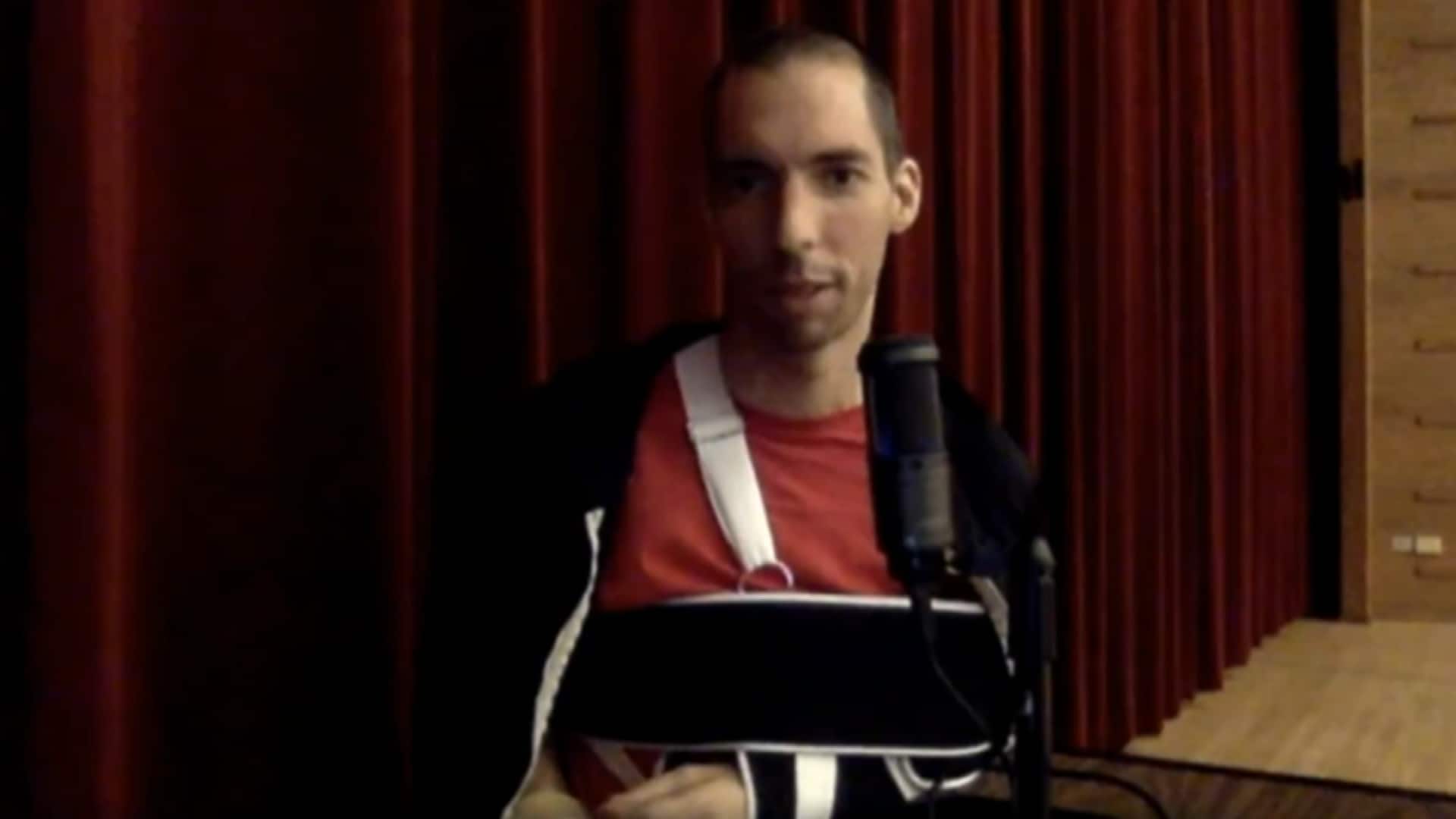 Rémy Bélanger de Beauport describes how he flipped the narrative during his attack, and how it saved his life. 1:29