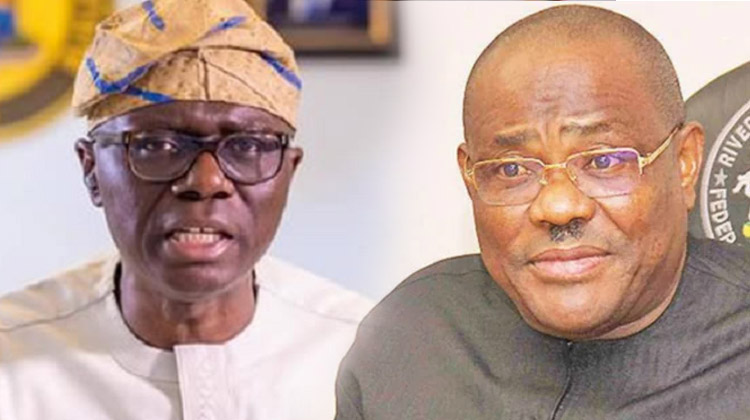 The Akwa Ibom and Adamawa state governments, on Tuesday, aligned themselves with the move by the Rivers State Governor, Nyesom Wike, to stop the Federal Government from collecting Value Added Tax.

The Director-General, Media and Communications, Adamawa State Government, Solomon Kumangar, in an interview with one of our correspondents in Yola, the state capital, said the collection of VAT by the states was the only way of reducing their dependence  on federal allocations.

The Akwa Ibom State House of Assembly, on its part, said it would soon begin work on a bill that would enable it to collect VAT.

Similarly, Lagos State said it would go ahead with the VAT bill, which passed second reading in the state House of Assembly on Monday.

But the governments of Ekiti, Osun and Benue states said they were still studying the situation before making any move.

The Federal High Court sitting in Port Harcourt in its judgment last month in a suit marked FHC/PH/CS/149/2020 held that the Rivers State Government had the powers to collect VAT within its territory.

The Federal Inland Revenue Service, on Monday, prayed the court to stay execution on the judgment.

But the presiding judge, Justice Stephem Pam, rejected the application, saying granting it would negate the principle of equity.

On Monday, the Lagos State Government toed the path of Rivers State as a bill to empower it to collect VAT scaled second reading in the state House of Assembly.

VAT is a consumption tax paid when goods are purchased and services are rendered. It is charged at a rate of 7.5 per cent.

On Tuesday, the Adamawa State Government told The PUNCH that the judgment was of interest to it.

Kumangar said the state government might seek to be joined in the Rivers State versus the FIRS VAT suit as an interested party.

He said Adamawa State, which is heavily reliant on federal allocations and overstretched by the impact of COVID-19 and post-insurgency recovery demands of rebuilding, saw the development in Rivers State as one of particular interest to it.

Adamawa State, according to him, welcomes the court ruling as another avenue for states struggling with financial problems to utilise, extend and improve their internally generated revenues.

Kumangar stated, “Anything to extend and improve on our IGR is welcomed. So, we are keen on joining the River State Government should the Federal Government appeal the judgment, which granted Rivers State the right to collect VAT in its domain.

“Whatever will bring improvement to the IGR is a welcome idea for an insurgency ravaged state like Adamawa. The truth is that the collection of VAT by the states is the only way to assist the states, which are heavily dependent on federal allocations, to be able to wean themselves and meet their financial obligations to the citizens. So, if there are areas where revenues can be exploited and extended, surely the state government will welcome it. Surely it’s a case of interest to us and we would like to be joined.”

The Chairman, Akwa Ibom State House of Assembly Committee on Information, Aniefiok Akpan, in an interview with one of our correspondents, said the House would start working on the VAT bill as soon as possible.

He disclosed that a member had indicated interest in the bill and would soon introduce it on the floor of the House.

“We will start working on the bill. I don’t know whether it is going to be an executive bill or the House will initiate it. A member has indicated interest in bringing the bill,” Akpan stated.

The state governor, Udom Emmanuel, expressed disappointment that the government was not collecting VAT from oil companies operating in the state despite being home to one of the largest oil and gas reserves in the country.

Emmanuel expressed his disappointment when a team from the Revenue Mobilisation, Allocation and Fiscal Commission, which was on a sensitisation tour of the state and led by a federal commissioner, Sunday Ayang, paid him a visit.

The Lagos State Commissioner for Information and Strategy, Mr Gbenga Omotoso, said the state would go ahead with its VAT bill.

Omotoso, in an interview with one of our correspondents, said the court had already dismissed the stay of execution application filed by the FIRS.

He stated, “The court said granting the FIRS prayer is like murder; they (FIRS) went to court to say that the court should stay the execution, while they appeal the judgment. The court’s position is that an appeal is not a stay of execution.

“I think Lagos has not got its own fair share of VAT. The state has always been at the forefront of the battle for true federalism. I think the verdict of the court, coming at this time, will strengthen the position of the Lagos State Government that Nigeria truly deserves true federalism as one of the pillars of our democracy. This is a consumption tax, there is no point staying action on it.”

The state House of Assembly had on Monday read for the first and second times the state’s Value Added Tax bill and asked the Committee on Finance to report back on Thursday.

But the Ekiti State Commissioner for Finance, Akintunde Oyebode, said the state government would take appropriate steps on VAT after the receipt of a legal opinion.

“We are seeking the opinion of the office of the Attorney-General and Commissioner for Justice; when the office is done with a comprehensive legal opinion, it will guide our next step. That is where we are now,” Oyebode stated.

He said the Chairman of the Nigeria Governors’ Forum, Kayode Fayemi, had given the position of the states concerning VAT law that the governors would make their position known after the judicial process must have been exhausted.

The Osun State Government also said it would wait for the Supreme Court to decide on the issue.

The Chairman, Osun Internal Revenue Service, Mr Gbite Ademikanra, in a chat with one of our correspondents, stated, “Whatever happens to Rivers will affect Osun. What most of us will do is to wait for the Supreme Court’s pronouncement on the issue. Once the Supreme Court makes a pronouncement, it covers all sub-nationals.”

But the Bayelsa State Government said it had constituted a team to study the judgment with a view to understanding its implications for the state and the right action to take afterwards.

The Commissioner for Information, Orientation and Strategy, Mr Ayibaina Duba, who stated this in a chat with one of our correspondents, said the state would come up with its position at the end of the exercise.

“We are trying to study the judgment and its implications for us. When we are done, we will come up with a position,” Duba stated.

The Kogi State Commissioner for Finance, Ashiru Idris, said the state was not considering VAT collection.

The commissioner, who spoke to one of our correspondents on the telephone on Tuesday, stated, “We are not considering it as it is not our priority, because it will not add much to our internally generated revenue.”