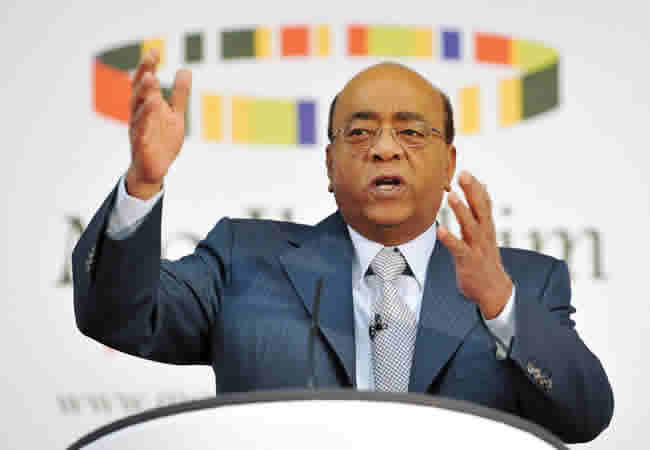 Sudanese-British billionaire businessman and chairman of Mo Ibrahim Foundation, Mohammed Ibrahim, has weighed in on the brewing ‘tussle’ between the United States and China, stating that it poses as a threat to multilateralism.

The philanthropist made this known in a statement released on Monday by the Mo Ibrahim Foundation titled, ‘US-China tussle poses an existential threat to multilateralism -Mo Ibrahim’.

Ibrahim, who described US as a ‘current dominant superpower’, and China as ‘the rising challenger superpower’ stated that a conflict between both countries will affect global institutions.

He also made reference to the involvement of top international civil servants in the US-China ‘tussle’ and its implications on both nations.

Ibrahim said, “The current assault on Kristalina Georgieva, Managing Director of the International Monetary Fund, is a cautionary tale. She is accused of interfering with the rankings of the World Bank’s Doing Business annual report in 2018, when she was that institution’s CEO, to help improve China’s performance.

“This is puzzling given that the man responsible for that report, Professor Shantayanan Devarajan, says that she did no such thing. In fact, in 2018, China’s progress in the annual ranking actually stalled. Following Kristalina Georgieva’s departure from the Bank, China resumed its move up the rankings, climbing 15 places between 2019 and 2020.

“Kristalina Georgieva is not the only senior international civil servant caught up in US-China hostility. Dr. Tedros Ghebreyesus, Director-General of the World Health Organization, was savaged by President Trump and accused of being a China fan.

“The US subsequently suspended its membership of the WHO in the midst of a global pandemic. Now Dr. Ghebreyesus finds himself under fire from China over the WHO’s investigation of the origin of COVID-19.”

According to him, collective response is needed to tackle the increasing global challenges, as the COVID-19 pandemic has also highlighted the need for multilateralism.

Referring to the World Bank/WHO saga, Ibrahim state that it will be a “greater shame” if the matter leads to the division of global institutions, as that will limit the collective abilities that are needed to solve global problems.