But he’s prepared to go to the polls if the opposition parties bring down his government in a vote of non-confidence, or if they frustrate Liberal pandemic relief efforts.

“If the opposition parties decide that we’re not doing the right thing, it could be very difficult to govern, whether or not they trigger an election,” Trudeau said in a recent year-end interview with Rosemary Barton, CBC’s chief political correspondent.

Asked if he might go to Gov. Gen. Julie Payette himself and prompt an election in the coming months, Trudeau said that while it’s a possibility, he understands a federal election campaign is not exactly a top priority for most Canadians with COVID-19 cases mounting.

“We have to make sure that the government is able to do what it has to do, so I’m not precluding any options. But at the same time, I am not eager for an election,” Trudeau said.

When asked if he would commit to holding off on an election until vaccines are widely disseminated to the Canadian public — the Public Health Agency of Canada has said all Canadians who want one will have a shot by the end of September 2021 — Trudeau was non-committal.

During a press conference with reporters Friday, however, Trudeau said “political considerations” and an election are “not our focus right now. Our focus is on supporting Canadians now and in the months to come and getting them vaccinated.”

While he insists he’s reluctant to plunge the country into an election, Trudeau said he’s prepared to fight one on his pandemic record and his push for a greener economy with a planned hike to the federal carbon tax.

“We know the parties don’t agree … there are big disagreements about [climate policy], about all sorts of different things,” Trudeau told Barton.

The Liberal government is just 14 months into its second mandate. The COVID-19 crisis has disrupted much of the government’s planned agenda and has dramatically altered the political dynamics in Ottawa.

While fiercely critical of the government’s handling of the pandemic to this point, the Opposition Conservatives — along with the Bloc Québécois, NDP and Green parties — have been broadly supportive of the government’s COVID-19 relief agenda. The opposition has allowed gargantuan spending bills to pass through Parliament relatively quickly, knowing that most of the money will be flowed to individuals, small businesses and the sectors hardest hit by lockdowns.

Conservative Leader Erin O’Toole, who took the reins of his party in August, has also said he’s ready for an election if the government falls or if one is called — but it isn’t his top priority at this juncture.

“We have to get through the health and economic crisis of COVID-19 before we go to the polls,” O’Toole said in an interview with CTV News earlier this month.

Prime Minister Justin Trudeau tells chief political correspondent Rosemary Barton that while he regrets not recusing himself from cabinet discussions about awarding WE Charity a multimillion-dollar contract to administer the summer student grants program, he believes “there was no conflict of interest” and it was a ‘communications and optics challenge.’ 4:41

Last week, before the Commons rose for its winter break, the government introduced a new bill, C-19, to allow Elections Canada to make temporary pandemic-related adjustments to the electoral process.

The legislation, if passed, would allow Canadians to vote over a three-day period and cast ballots by mail, and would create special balloting centres in long-term care homes, among other changes.

‘I am there with bells on,’ Trudeau says of vaccination

Trudeau said he has no qualms about receiving a COVID-19 vaccine. While some world leaders have opted to take early doses of the Pfizer product to build confidence among the public — U.S. Vice-President Mike Pence was vaccinated Friday — Trudeau said he would wait until it’s time for healthy people of his age to get a shot.

With recent polls showing that a sizeable number of Canadians will refuse a vaccine altogether, or will wait some time before lining up for a shot, Trudeau said he wants Canadians to be assured that the science will not be rushed and that Canada’s regulators will only approve a product that works.

“When Health Canada says this vaccine is safe and effective to use, I am there with bells on,” he said. 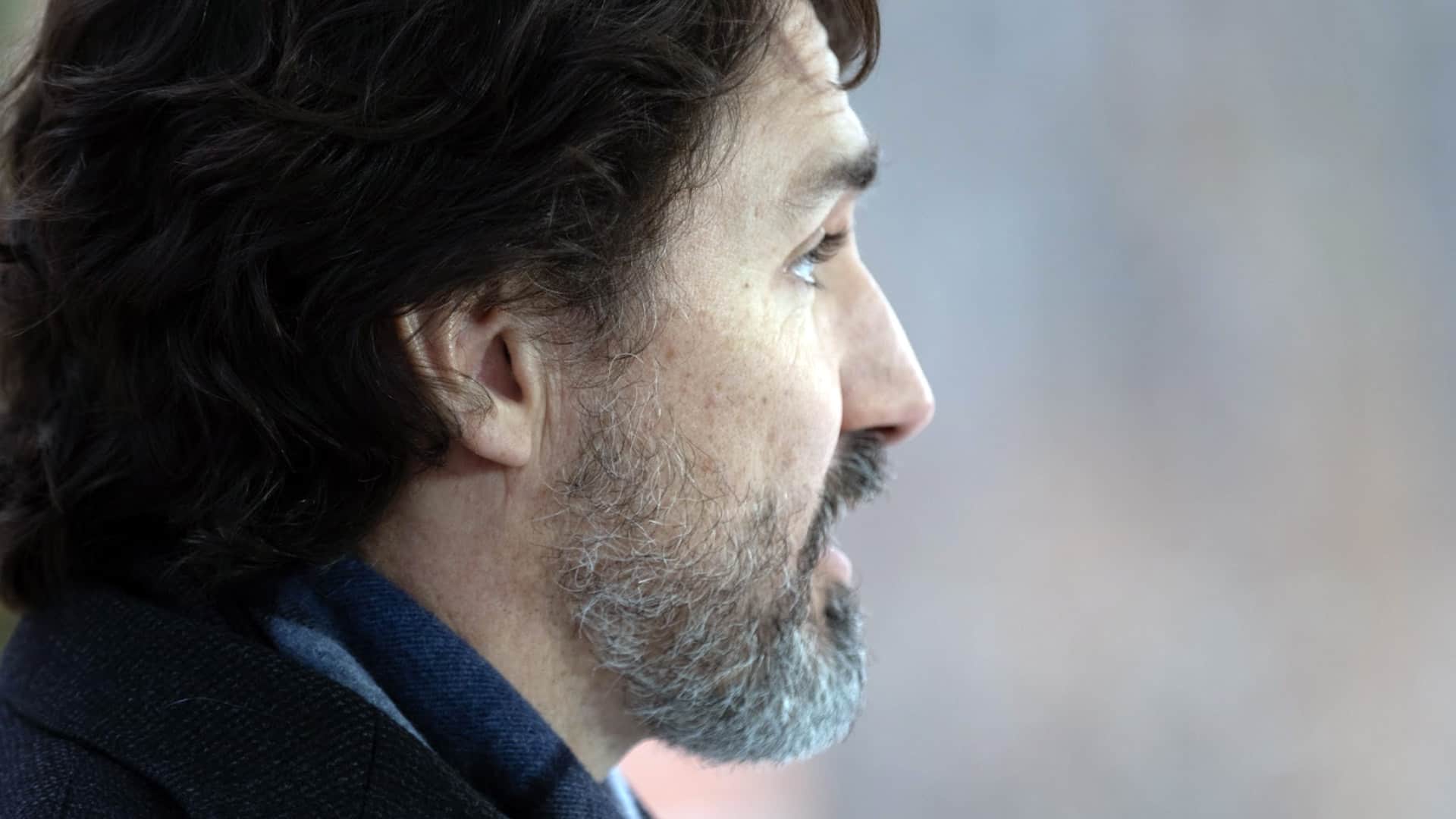 Prime Minister Justin Trudeau tells chief political correspondent Rosemary Barton that regardless of who is Canada’s prime minister or the U.S. president, there are ways to get things done and Canada has been able to work with challenging situations. 7:51

Pfizer is expected to ship 125,000 vaccine doses per week in January 2021 for a total of 500,000 shots — primarily destined for the arms of front line health care workers and long-term care home residents. That’s on top of the 249,000 doses Pfizer has already committed to delivering in December.

All told, roughly 375,000 Canadians are expected to be vaccinated with the two-dose Pfizer shot by the end of January. Canada is also expecting to receive doses of the highly effective Moderna vaccine, which is still being reviewed by Health Canada’s regulators.

While the vaccine news is promising, Trudeau said, Canadians should resist complacency.

The World Health Organization (WHO) estimates that at least 65 to 70 per cent of a given population must be vaccinated to develop some degree of herd immunity and halt the spread of a disease.

Once that threshold is reached, the COVID-19 virus will have fewer possible human hosts, driving down transmission rates.

‘It’s very possible that I caught it’

Trudeau’s wife, Sophie Grégoire Trudeau, was an early, high-profile case of COVID-19 in Canada. She tested positive after returning in March from a WE Charity event in the U.K.

Grégoire Trudeau self-isolated in the family home, Rideau Cottage, while recuperating with moderate symptoms of the virus. 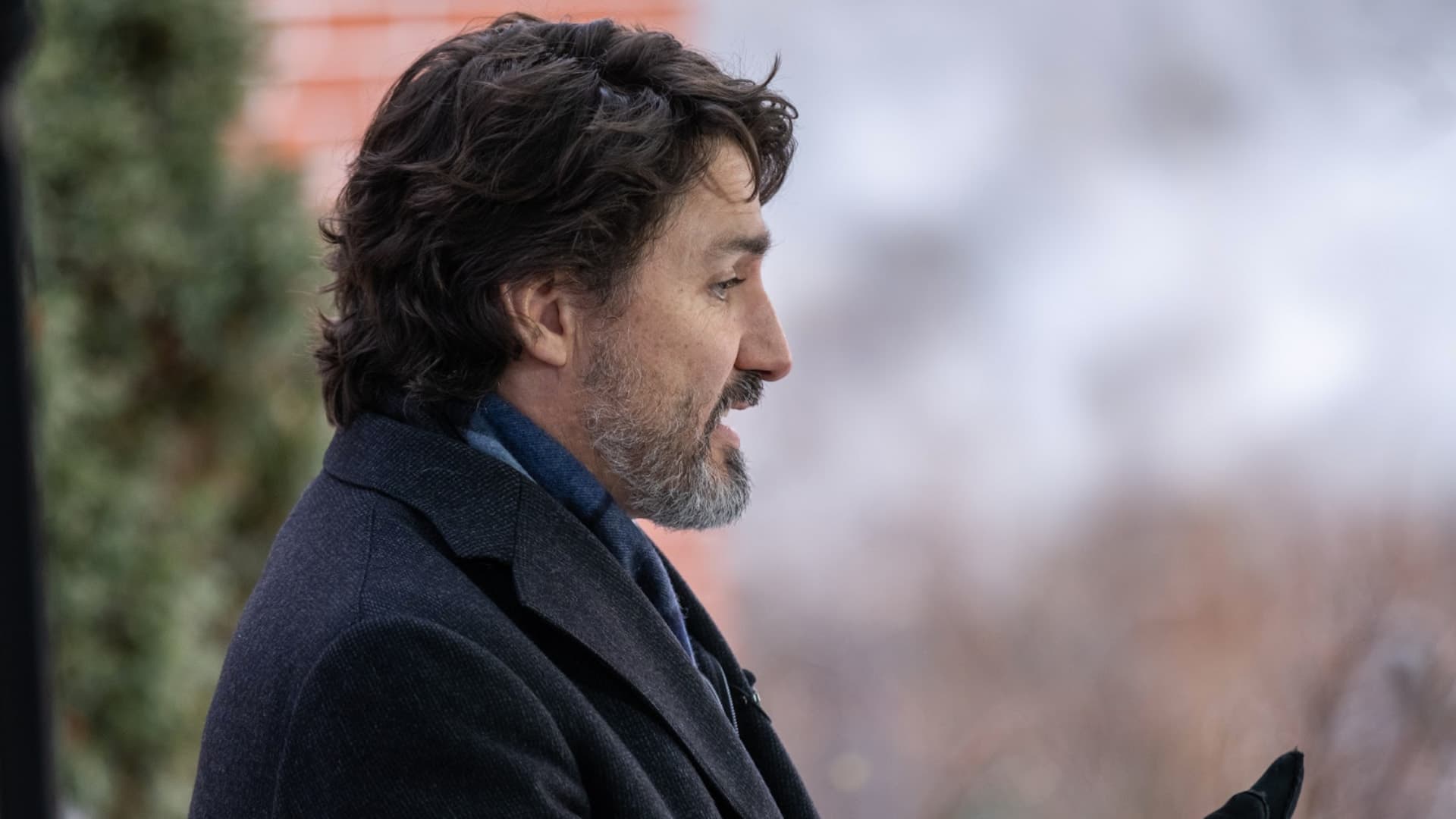 In a year-end interview with chief political correspondent Rosemary Barton, Prime Minister Justin Trudeau reflects on whether he had been infected with the highly contagious coronavirus and was simply asymptomatic, and discusses when he will get the COVID-19 vaccine. Trudeau also says he’s ‘not eager’ for an election but he’s ready for one if it happens in 2021. 10:32

Trudeau, following public health advice of the time, was not tested for COVID-19 because he didn’t have any symptoms.

In his interview with Barton, he conceded he’s now curious about whether he was infected with the highly contagious virus and was simply asymptomatic.

“It’s very possible that I caught it. I don’t know. We were absolutely asymptomatic,” he said, referring to his three children. “Didn’t have a sniffle, if I did have it. We pulled together as a family and kept an eye on each other.”