Members of Congress, police and current and former members of the current administration were responding Thursday to the events of the previous day, when pro-Trump rioters stormed the U.S. Capitol during a chaotic protest aimed at thwarting a peaceful transfer of power, forcing lawmakers to be rushed from the building.

Here are the latest developments, including a pledge from the U.S. president promising an “orderly transition” on Jan. 20.

In a statement Thursday, Chao said the violent attack on the Capitol “has deeply troubled me in a way that I simply cannot set aside.”

Chao, who is married to Republican majority leader Mitch McConnell, said her department will continue to co-operate with president-elect Joe Biden’s designated nominee to head the department, Pete Buttigieg.

In a statement Thursday, Schumer said the attack on the Capitol “was an insurrection against the United States, incited by the president.” He said: “This president should not hold office one day longer.”

Schumer said Vice-President Mike Pence and the cabinet should invoke the 25th Amendment and immediately remove Trump from office. He said: “If the vice-president and the cabinet refuse to stand up, Congress should reconvene to impeach the president.”

The Republican leadership, led by McConnell, has not commented on the possibility of reconvening for that purpose.

Concurrently, several Democrats in the House said they were preparing articles of impeachment against Trump. The president was previously impeached by the House almost one year ago for abuse of power and obstruction of Congress in the Ukraine policy scandal, though he was acquitted in the Senate.

Trump has expressed interest in running for president again in 2024. According to the Constitution, “disqualification to hold and enjoy any office of honour, trust or profit under the United States” is a possible penalty for an impeachable offence.

WATCH | Assessing the likelihood of impeachment or 25th Amendment use:

The few constitutional tools available to remove U.S. President Donald Trump from office are unlikely to work, says Lawrence Douglas, a professor of law at Amherst College in Massachusetts, citing the level of co-operation required to use such tools and the short time frame before Trump leaves office. 6:18

11:15 a.m. ET: The chief of the U.S. Capitol Police says the mob that stormed the building wielded metal pipes, chemical irritants and other weapons against law enforcement.

A Capitol Police officer shot and killed one person, who Sund identified as Ashli Babbitt. Sund did not identify the officer but said they would be placed on administrative leave pending an investigation.

Sund defended his agency’s response from criticism that officers did not do enough to stop the incursion. He says his agency “had a robust plan” for what he anticipated would be peaceful protests but that what occurred Wednesday was “criminal, riotous behaviour.”

There will be many videos, some with raise concern, some will show heroism. We need a full investigation on how the Capitol’s security was breached this quickly. As the ranking member on the committee that funds the Capitol Police, I intend to be at the forefront of that inquiry.

He said several Capitol Police officers were hospitalized with serious injuries, without specifying.

Several members of Congress, including Sen. Chris Murphy of Connecticut, thanked the force for preventing members of the House and Senate from getting injured but also promised to inquire about how the compound was breached.

D.C. Mayor Muriel Bowser at a news conference also thanked all police agencies who responded while announcing a two-week state of emergency in order for the district to marshal for more resources during the transition between presidential administrations. She characterized the actions of those who stormed the Capitol as “textbook terrorism.”

Robert Contee, acting chief of the Metropolitan Police Department in D.C., had no further information on the three people who were said late Wednesday to have died of “medical emergencies” in the chaos.

WATCH | See how the siege on the U.S. Capitol unfolded:

CBC News’ David Common breaks down what happened on Capitol Hill on Wednesday and how U.S. President Donald Trump stoked discontent among his supporters before he lost the election. 3:44

Babbitt’s family described her as an Air Force veteran and avid supporter of Trump and his efforts to stay in office.

Ashli Babbitt’s husband, Aaron Babbitt, told KSWB-TV, a Fox affiliate in San Diego, that he and his wife, 35, live in that city and that she was in Washington on Wednesday to support Trump. Aaron Babbitt sent his wife a message about 30 minutes before the shooting and never heard back.

“She loved her country and she was doing what she thought was right to support her country, joining up with like-minded people that also love their president and their country,” he told the news station.

A Twitter account under Babbitt’s name identifies her as a veteran, Libertarian and vociferous supporter of the right to bear arms.

10:30 a.m. ET: Former attorney general William Barr said Trump’s conduct before and during the storming of the U.S. Capitol was a “betrayal of his office and supporters.”

In a statement to The Associated Press, Barr said Thursday that “orchestrating a mob to pressure Congress is inexcusable.”

Barr was one of Trump’s most loyal and ardent defenders in the cabinet. He resigned last month, days after saying at a news conference that he saw no evidence of the widespread election fraud Trump was baselessly alleging.

Separately, acting attorney general Jeffrey Rosen released a statement Thursday condemning those who breached the Capitol as “a mob.”

“Our criminal prosecutors have been working throughout the night with special agents and investigators from the U.S. Capitol Police, FBI, ATF, Metropolitan Police Department and the public to gather the evidence, identify perpetrators and charge federal crimes where warranted,” said Rosen.

Trump’s former acting chief of staff Mick Mulvaney, now a special envoy to Northern Ireland, earlier Thursday told CNBC in an interview he would be resigning. Mulvaney also earlier served as director of the Office of Management and Budget during Trump’s term.

Earlier resignations from Wednesday included Stephanie Grisham, the Melania Trump’s chief of staff and a former White House press secretary, as well as deputy national security adviser Matt Pottinger, said to be influential in shaping the administration’s policy toward China. 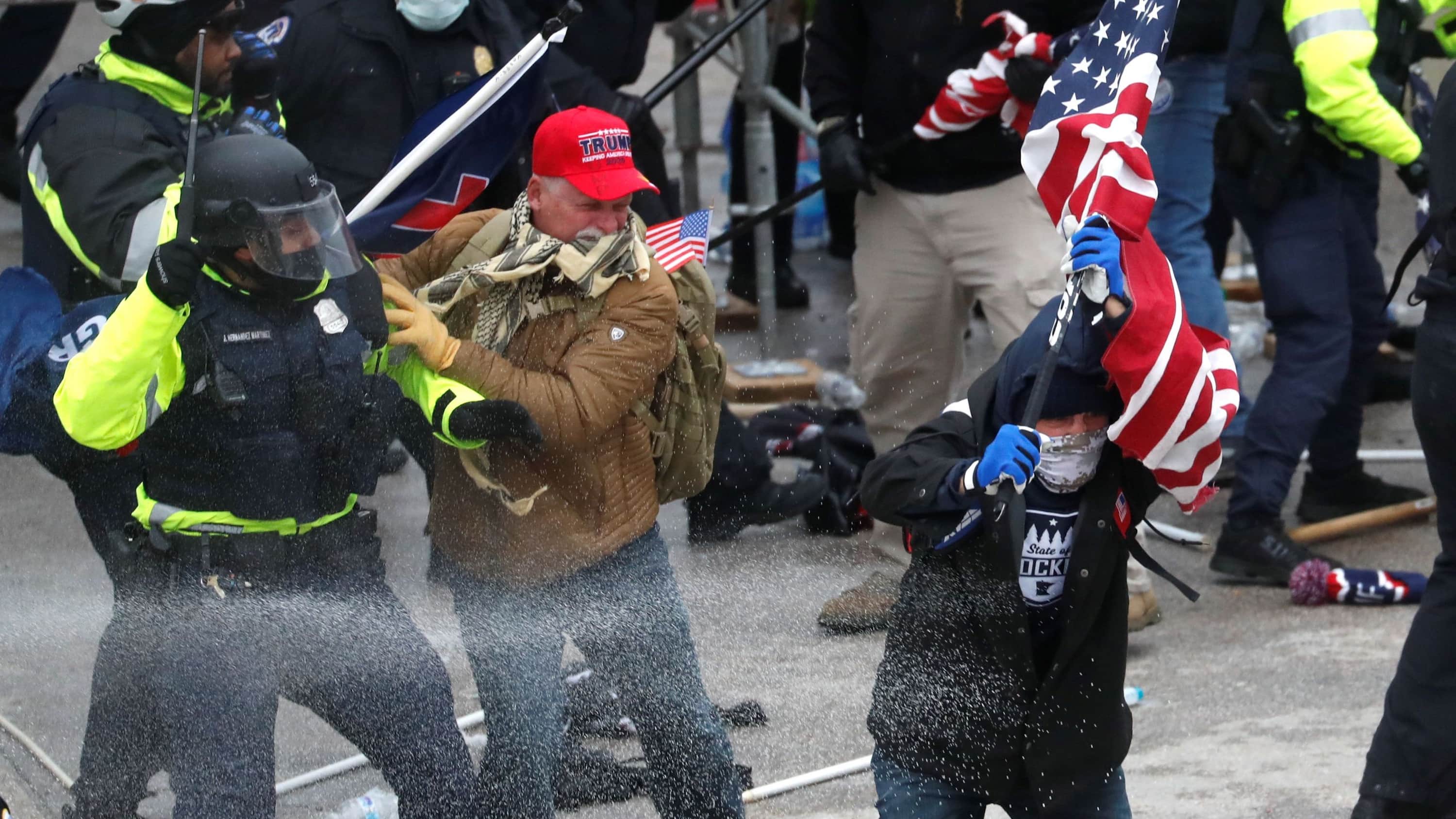 Former CBC News chief political correspondent Keith Boag said what unfolded at the U.S. Capitol on Jan. 6 was partly incited by Donald Trump, but the politics at its root were in place long before the current president. 8:30

Trump said in a statement tweeted by his social media director Dan Scavino: “Even though I totally disagree with the outcome of the election, and the facts bear me out, nevertheless there will be an orderly transition on January 20th.”

He went on: “While this represents the end of the greatest first term in presidential history, it’s only the beginning of our fight to Make America Great Again.”

Trump’s accounts have been locked by social media outlets. 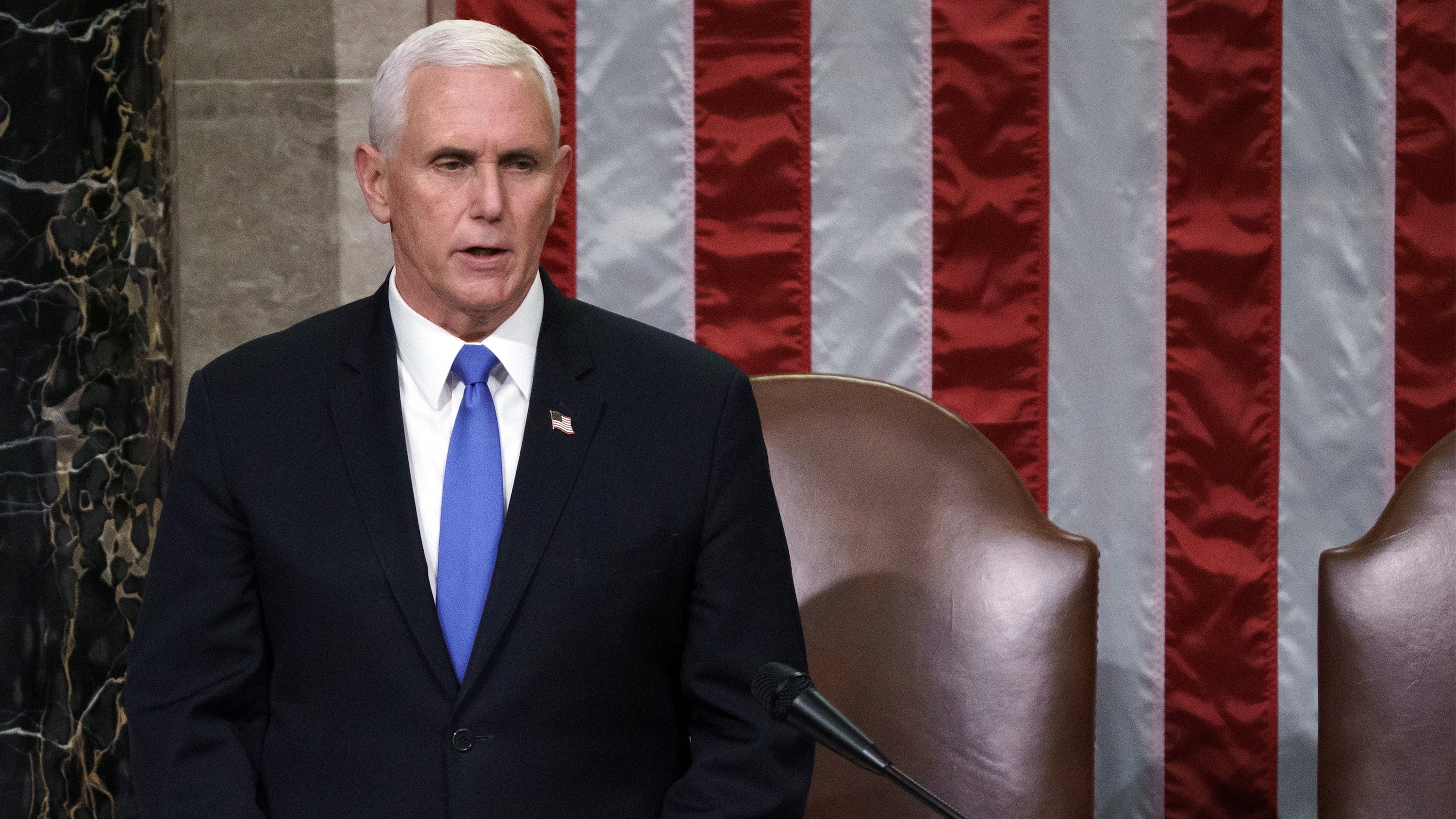 3:41 a.m. ET: The House and Senate certified Biden’s electoral college win early Thursday in a session interrupted for more than six hours by the violence outside their chambers.

Thirteen Republican senators and dozens of Republican representatives had planned to force debate and votes on perhaps six different states’ votes. The assault on the Capitol made some Republicans squeamish about trying to overturn Biden’s win, and challenges were lodged only against Arizona and Pennsylvania.

Biden defeated Trump by 306-232 electoral votes and will be inaugurated on Jan. 20.

3:25 a.m. ET: Republican Sen. Ted Cruz defended his objection to the electoral college results as “the right thing to do.” The Texas senator condemned the violence that erupted as supporters of Trump stormed the Capitol.

Cruz led the first challenge to Biden’s defeat of Trump by objecting to Arizona’s results. He sought to have Congress launch a commission to investigate the election.

3:10 a.m. ET: The House joined the Senate in turning aside Republican objections to Pennsylvania’s electoral vote for president-elect Biden. Lawmakers in the House voted 282-138 against the objection as the counting of electoral college votes continued into the early hours of Thursday morning.

Supporters of U.S. President Donald Trump sowed chaos in and around the U.S. Capitol, forcing lawmakers to flee as they’d gathered to certify president-elect Joe Biden’s victory, after Trump himself encouraged them. CBC Washington correspondents Katie Simpson and Paul Hunter explain how pro-Trump extremists managed to breach Capitol security and storm the complex. 32:17

Biden won Pennsylvania by slightly more than 80,000 votes. Since the Nov. 3 election, Trump and his allies filed at least a half-dozen lawsuits challenging Biden’s win on various grounds, including that many or all of the state’s mail-in ballots were illegal.

The lawsuits failed as judge after judge found no violation of state law or constitutional rights, or no grounds to grant an immediate halt to certifying the election.

WATCH | What happens to Trumpism after Trump? 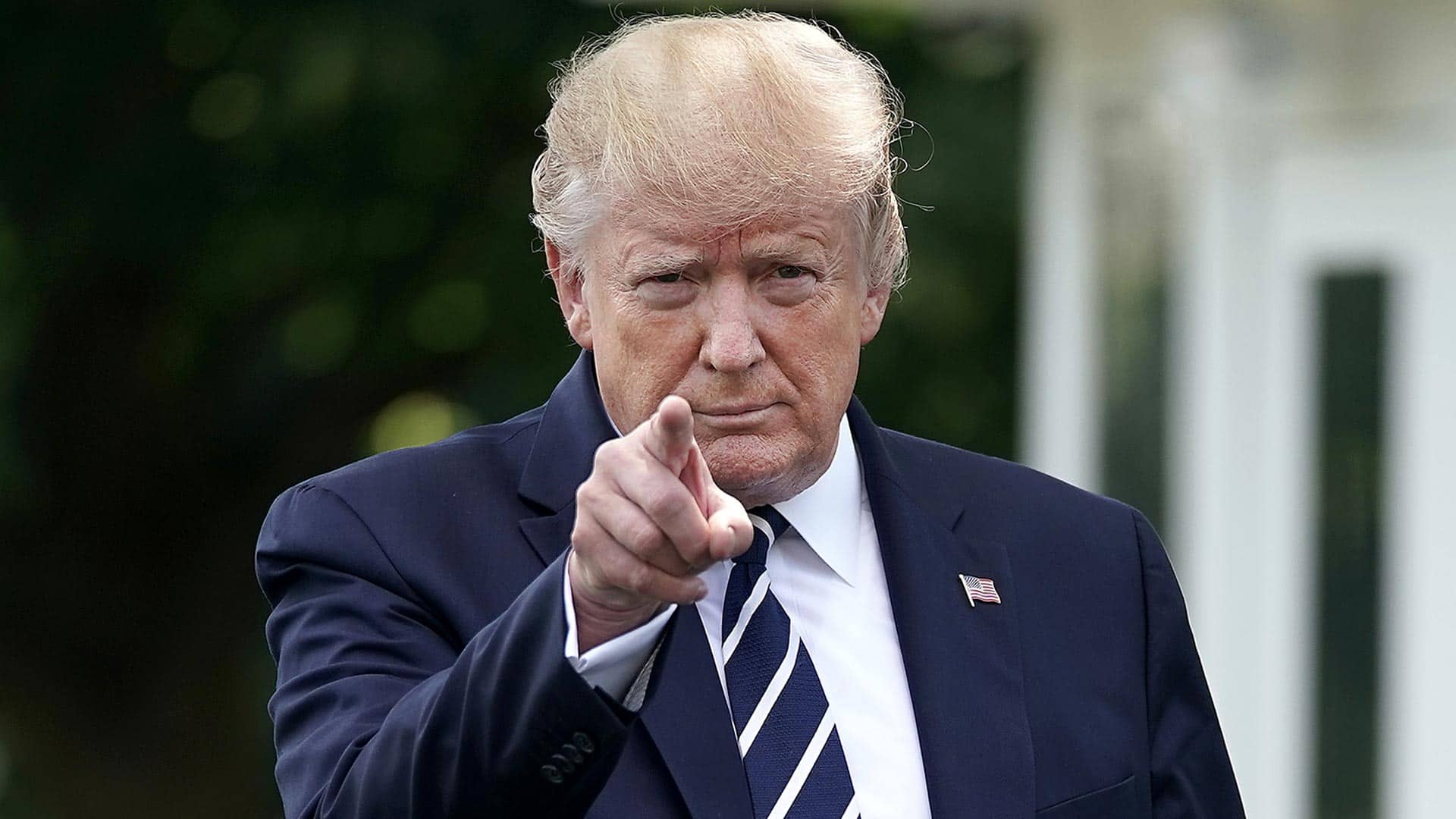 U.S. President Donald Trump’s term is almost over, but many expect his brash style of politics, which has come to be known as Trumpism, to be present in the Republican party long after he’s gone. 7:25

11:20 p.m. ET Wednesday: The House voted overwhelmingly to reject an objection to Biden’s win in Arizona, joining the Senate in upholding the results of the election there.

The objection failed 303-121, with only Republicans voting in support.

Have questions about what’s happening in U.S. politics? Send us an email at ask@cbc.ca