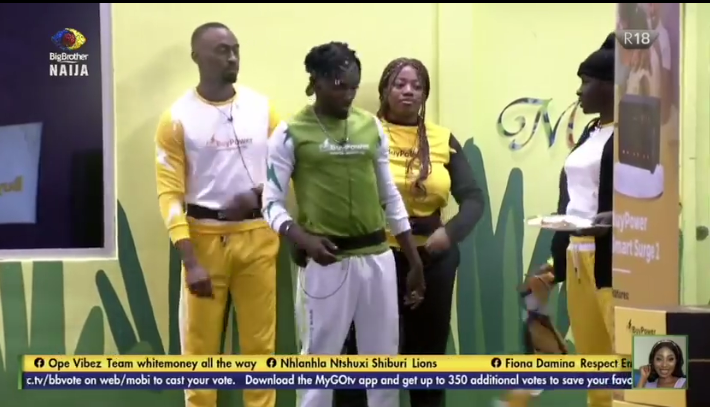 The Big Brother Naija Shine Ya Eye housemates participated in a task organised by BuyPower and Team BP Surge emerged as winners for the challenge.

Members of Team BP Surge include Saga, Saskay, Jaypaul, and Angel and they all share N2m as their prize, that is, N500,000 each, as announced after their performance.

In addition to their cash prize, each team member won three months payment for utility bills.

Team Electric had Jackie B, Yousef, and Queen while Team Wifi Plug members were Whitemoney, Pere and Nini.

Each team was asked to represent a playlet to depict their team name and the uses of BuyPower.

After the performances, Team BP Surge emerged as the winners.