The two main communications systems used by Quebec City police experienced major failures that could have compromised officers’ safety and their response on the ground the night of the Halloween sword attack that killed two people, Radio-Canada has learned.

Police officials knew the systems were faulty, despite being touted as state-of-the-art technology.

According to Radio-Canada’s reporting, a computer-aided dispatch (CAD) system installed on police car dashboards crashed while officers were searching for the suspect.

The system allows police to see 911 call data — including where the call is coming from and the description of a suspect — as the call is happening. The call data helps co-ordinate their response and allows them to call for assistance from other officers, paramedics or firefighters.

At the time of the system failure on Oct. 31, police had received reports that a young man was stalking the streets of Old Quebec City, attacking people at random with a sword.

It took them more than an hour to alert the public after the first 911 call was made around 10:30 p.m., but a police spokesperson says the technology issues didn’t have a significant impact on the response that night.

Suzanne Clermont, 61, and François Duchesne, 56, were killed in the attack.

Twenty-four-year-old Carl Girouard has since been charged with two counts of first-degree murder and five counts of attempted murder.

WATCH | A timeline of what happened the night of the Quebec City sword attack: 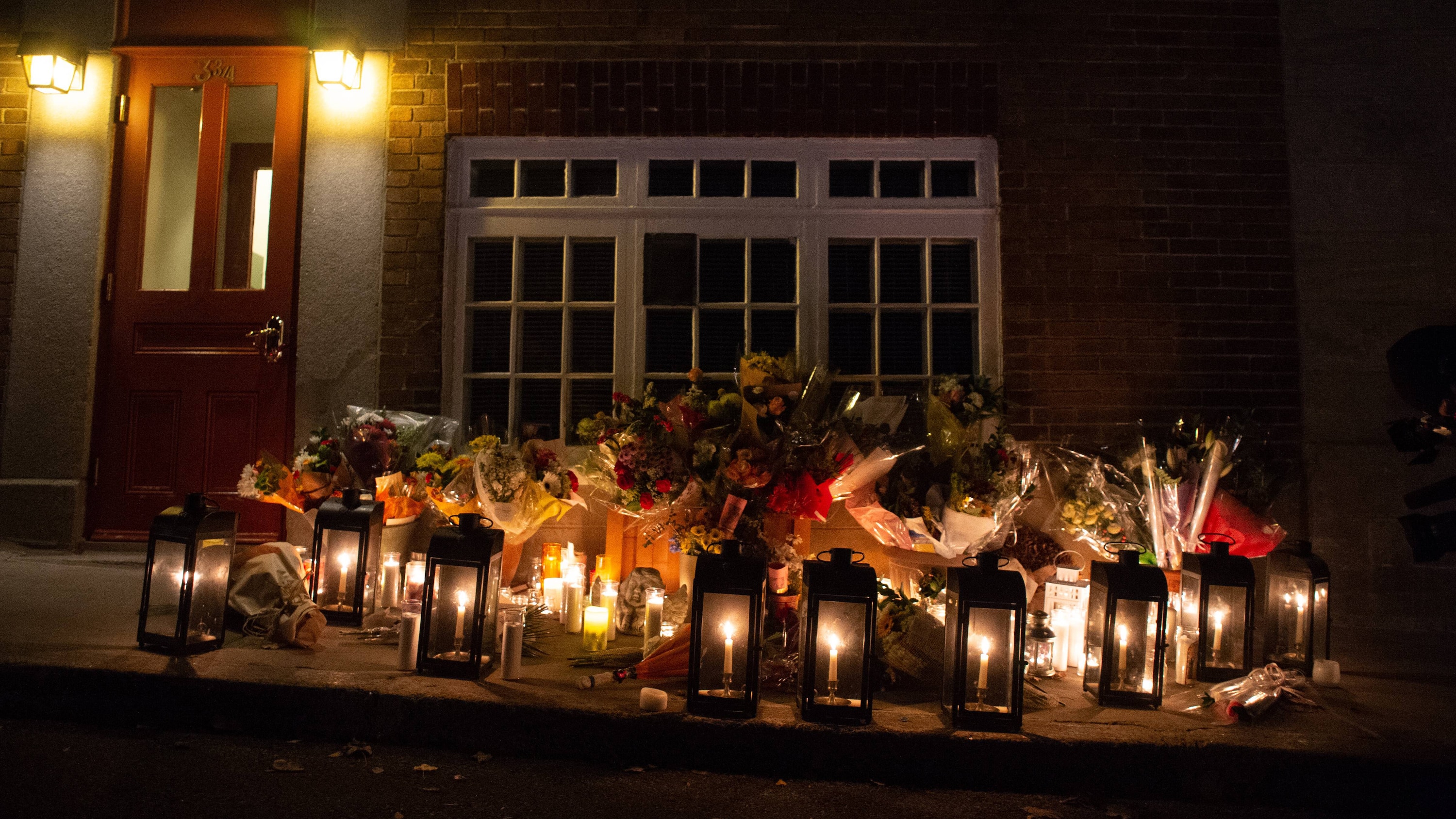 While details surrounding the horrific events Halloween night that left two people dead are still blurry, here’s what we know so far. 3:24

In a joint emailed statement, Quebec City and the police service acknowledge that “the system experienced a period of instability for a number of minutes the night of Oct. 31,” but do not specify exactly how long it foundered.

“Even if the call dispatch system was experiencing a major failure, it’s important to mention that we have parallel systems to ensure continuity of operations, at all times,” Pelletier said.

But according to Radio-Canada, one of those parallel systems also failed that night.

It is called the Service évolué de radiocommunication pour l’agglomération de Québec (SÉRAQ) and encompasses the radio waves police use to call each other.

That night, though, calls between officers and 911 dispatchers were cutting in and out and were plagued by poor sound quality, Radio-Canada has learned.

SÉRAQ was revamped in July 2019, after Quebec City police had been using the same radio communication system since the 1980s.

Quebec City firefighters, as well as the city’s public transit network, are expected to begin using SÉRAQ soon. In a council meeting last month, Quebec City said the system would cost $30 million to implement across agencies.

In a Nov. 5 memo to officers obtained by Radio-Canada, Quebec City Police Chief Robert Pigeon says “several of you highlighted instabilities in the system,” referring to CAD, the dispatch technology.

“These problems are real,” the memo continued, saying Pigeon had met with police staff in September to try to understand where the issues were coming from and how to solve them.

Also on Nov. 5, Pigeon wrote a letter to the city’s communications technology department, demanding the system be fixed.

“It is crucial that the tools made available to our personnel be functional, efficient and reliable,” the letter said. “The consequences can be serious.… Actions to correct the situation should be put into place without delay.”

Pelletier, the police spokesperson, says the systems are complex and after they’re implemented, a period is often needed to troubleshoot any issues.

“The city and the SPVQ [the Quebec City police service] take the situation very seriously. A team of experts in information technology and police representatives is already working to correct the issues in the short and long term,” he said.

Radio-Canada reached out to the Quebec City police union, the Fraternité des policiers du SPVQ, but president Martine Fortier declined to comment, saying “we are currently working with the SPVQ on the matter.”