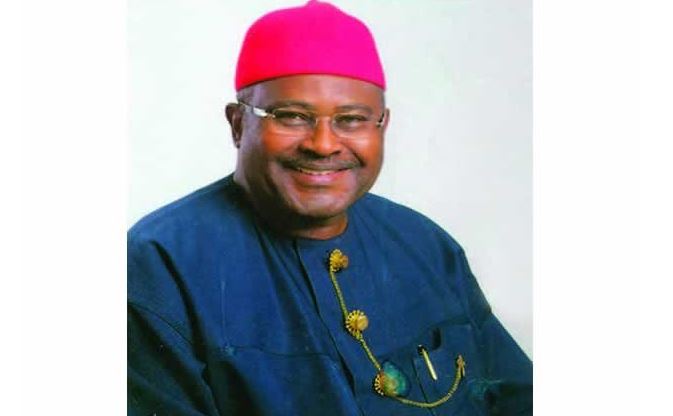 THE immediate past Director-General of the Nigerian Maritime Administration and Safety Agency, Dr Dakuku Peterside, has described the death of former Rivers State Military Governor, General Anthony Ukpo, as a great loss.

Brigadier-General Anthony Ukpo (retd.) was the military governor of Rivers State between 1986 and 1988.

It was gathered that Ukpo, who hailed from Yala LGA in Cross River State, died on Monday morning after a prolonged illness.

Peterside, in a statement on Tuesday by his Media Team, said Cross River and indeed, Nigeria had lost a statesman, who contributed immensely to Nigeria’s military and intelligence for over 30 years.

He added that the late Ukpo also contributed his quota to the development of Rivers State, where he was governor for two years under the administration of General Ibrahim Babangida.

“It was during his tenure that the Rivers State Polytechnic, Bori (now Ken Saro-Wiwa Polytechnic) was established.

“He (Ukpo) was an officer and a gentleman who worked hard through the ranks in the military and contributed to nation-building at critical periods in our history.

“Even when he had retired, he continued to speak up for his people, just as he provided employment to Nigerians in his various private concerns,” the statement read.