One year after the destruction of Flight PS752, Canada is pursuing the facts on its own, says Goodale

Iran’s pattern of behaviour since the destruction of Flight PS752 by its military has convinced Ottawa it can’t trust Tehran’s version of events, says the prime minister’s special adviser on the crash — which is why Ralph Goodale says he’s relying on a specialized team in Canada to chase down the facts.

“We are very sceptical about the Iranian process,” the former federal cabinet minister told CBC News recently. “We’re certainly not satisfied with what’s been delivered so far by Iran through its investigation.

“The work to get to the truth is difficult. It’s painstaking work. But Canada will be absolutely relentless in trying to get to the bottom of exactly what happened.”

A year ago, Iran’s Islamic Revolutionary Guard Corps shot down Ukraine International Airlines Flight 752 in the skies over Tehran with two surface-to-air missiles, killing all 176 passengers, including 138 people with ties to Canada.

Canada doesn’t have access to the crash site, the evidence gathered by Iranian authorities, witnesses or the accused. But it has created its own team, led by a former CSIS director, to try to piece together the sequence of events.

That team’s forensic examination is tapping into all of the government’s available intelligence, along with detective work being done by victims’ families in Canada. Many of those family members have been sorting through tips, gathering audio recordings from Iranian authorities and compiling evidence from a network of sources in Iran.

Special adviser to the prime minister Ralph Goodale says misinformation around the downing of flight PS752 last year is ‘debilitating’ for families and sows doubt about the legitimacy of Iran’s investigation into what happened. 1:27

Goodale said this work is required to fact-check Iran’s version of events — because Canada has good reasons to doubt Iran’s credibility and trustworthiness.

Iran originally denied any responsibility for the crash. Only after evidence mounted worldwide did Iranian officials admit their military “mistakenly” shot down the passenger plane.

Within days, the crash site was bulldozed. Families claim victims’ wedding rings, wallets and luggage were looted. Regime officials barred the families from planning their own funerals, and state-arranged funerals for the crash victims featured banners on the caskets congratulating them on their “martyrdom.”

It took six months for Iranian authorities to download and analyze the plane’s flight data recorders. Back in July, Iran issued an interim report suggesting missile operators misidentified the passenger plane as a threat and fired two missiles without approval from senior ranking officers. But Champagne has said he doesn’t believe Iran’s claim that human error was to blame.

Iran said it has set aside $150,000 in compensation for each victim’s family. The families have called the offer “hush money.” Goodale said Iran cannot unilaterally offer families money and Canada’s negotiations have not started yet. He called Iran’s compensation offer “at best premature.”

Over the past year, victims’ families in Canada have reported being stalked, threatened and intimidated by suspicious characters, said Goodale. On top of that “disturbing” behaviour, he said, families and authorities have been subjected to “a substantial amount” of misinformation disseminated by Iran.

“It seems to be part of a deliberate strategy to continue to harass and aggravate the families,” said Goodale. “It’s part of a pattern of behaviour that leads a great many people to be very skeptical about Iran’s version of events.”

Despite repeated requests, Iran did not grant Canada’s Transportation Safety Board (TSB) full access to its investigation.

“That would be challenging for any country to investigate their own military, given the typical type of classified operations that take place,” said Kathy Fox, chair of the Transportation Safety Board.

“It’s one of the reasons we wanted to participate … to help to ensure the completeness of the report, the accuracy and the credibility of the final report, once it’s issued.”

WATCH: Transportation Safety Board chair Kathy Fox on the search for answers 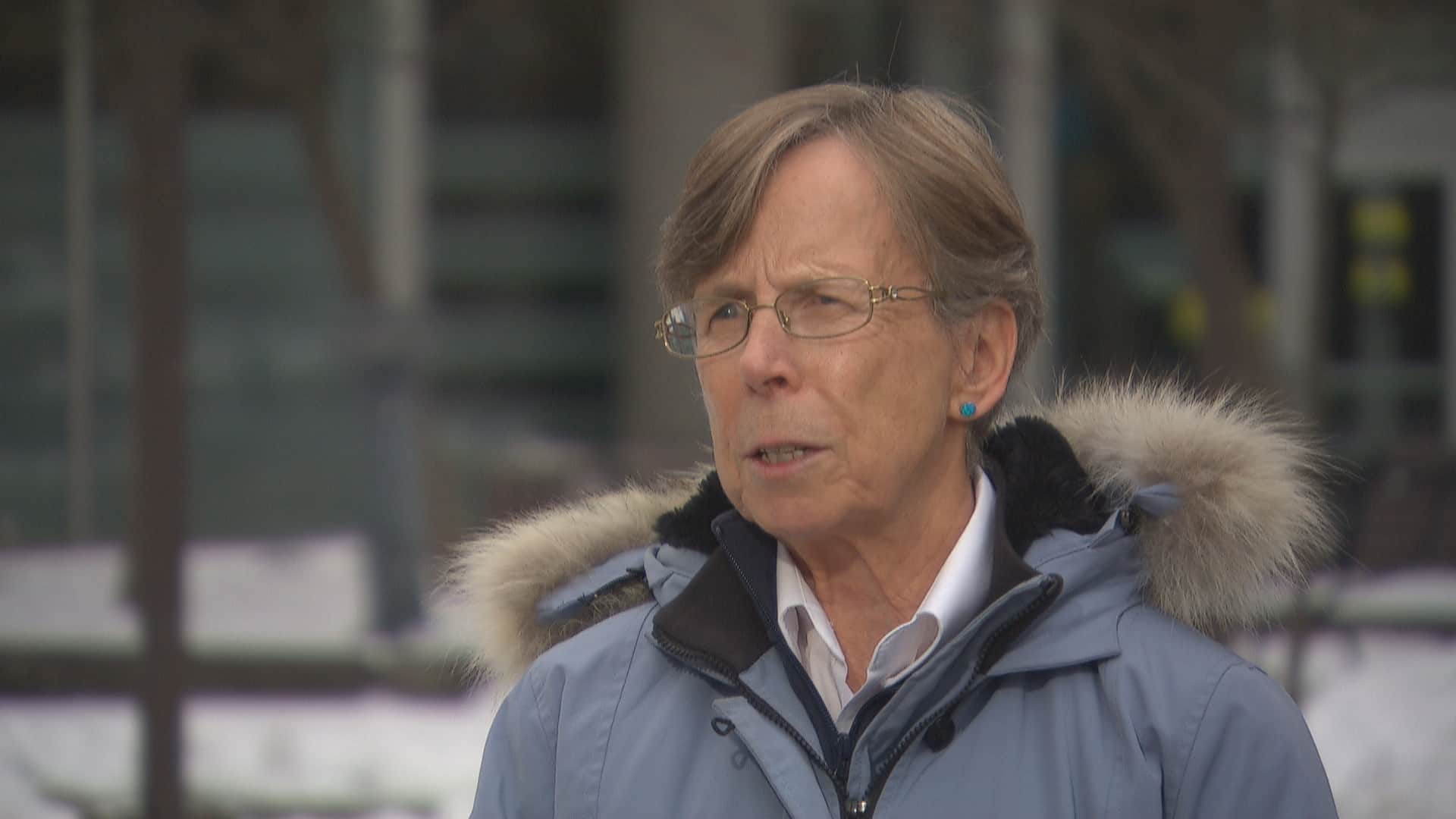 A year after the crash, chair of the Transportation Safety Board Kathy Fox says it’s ‘disheartening’ that the TSB isn’t able to give victims’ families more answers. 1:36

International protocols assign control of a crash investigation to the country where the crash took place. Fox said the TSB doesn’t have the power to investigate the destruction of Flight PS752 on its own.

“It’s disheartening,” said Fox. “Our whole raison d’etre is to find answers, to help the families of those who’ve lost loved ones. to understand what happened, why it happened and, more importantly, what needs to happen to make sure this never happens again.”

Fox is waiting for Iran to publicly release its final report into its safety investigation. She said she’s hoping the final report will give families answers they can believe. The TSB will speak up if it believes the report is incomplete or inaccurate in any way, she said.

But the federal government says it is working on finding the truth in other ways.

Jeff Yaworski, former deputy director of operations at the Canadian Security Intelligence Service, is working with a team to collate foreign intelligence, classified materials and tips sent to CSIS and the RCMP.

Yaworski’s team is also studying the type of Russian mobile defence unit used to shoot down the plane, said Goodale.

Another valuable source of information has been victims’ families themselves and their networks of connections around the world and inside Iran, Goodale said.

Javad Soleimani said he put his PHD on pause at the University of Alberta to focus on searching for answers. His wife, PHD student Elnaz Nabiyi, died on Flight PS752.

WATCH: Husband of PS752 victim on his fight for the truth 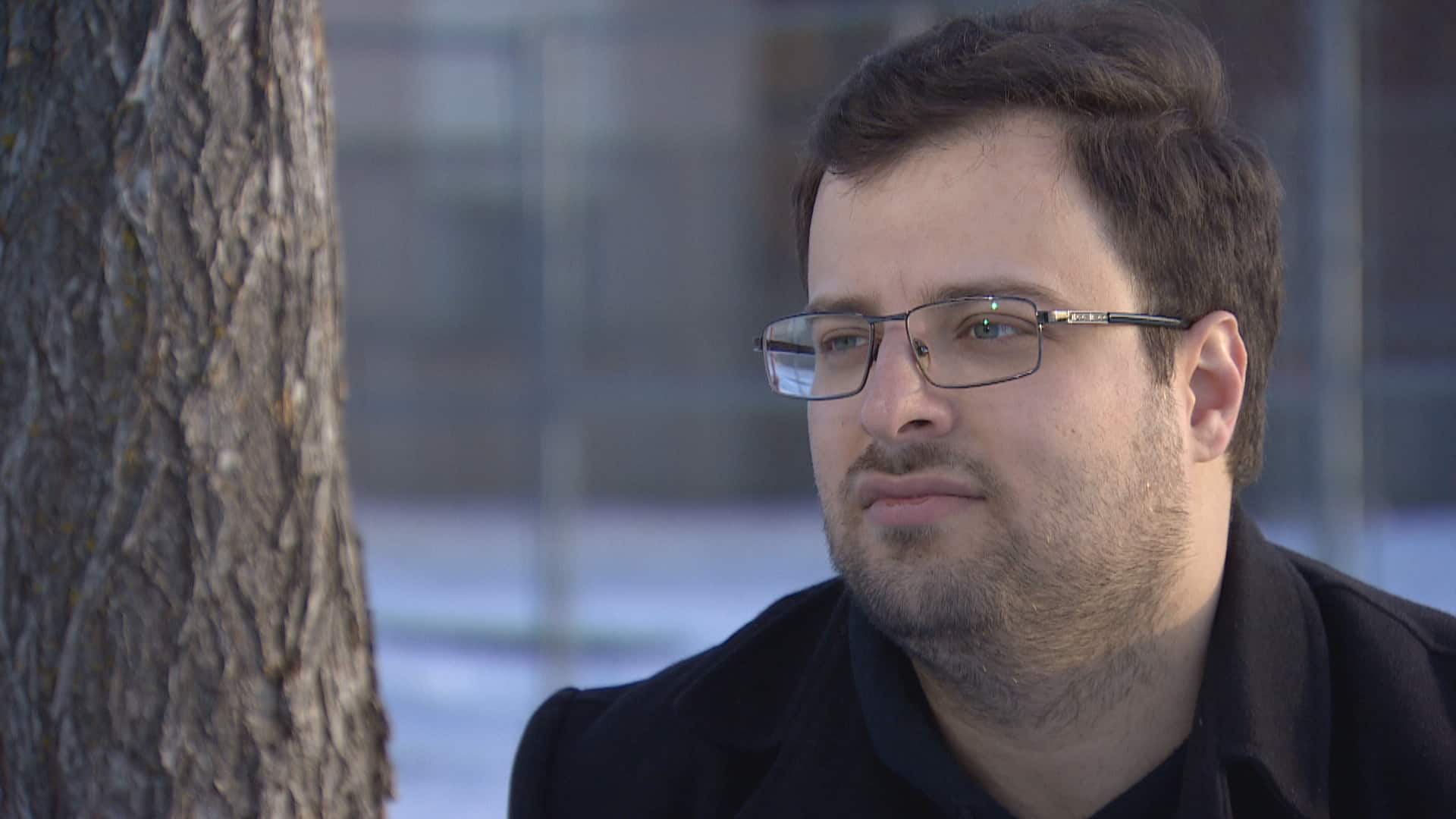 Javad Soleimani lost his wife Elnaz last January when flight PS752 was shot down over Tehran. He says this past year has been a ‘blind nightmare’ and says he will not stop until someone is held responsible. 1:25

Soleimani said he leads a fact-finding committee through the Association of Families of Flight PS752 that works with military and aviation experts to verify tips and evidence from a range of sources — including people connected to Tehran’s airport, the Iranian Civil Aviation Organization and the IRGC.

Key information has leaked out of Iran already. Back in July, CBC obtained a recording of a 91-minute conversation that took place March 7 between Soleimani and Hassan Rezaeifar, then the head of Iran’s investigation into the crash.

In that exchange, Rezaeifar suggested Iran’s highest authorities allowed commercial airliners to fly in and out of Tehran during the period of intense military activity when Flight 752 was shot down — because closing the airspace would have given away the regime’s plan to strike at U.S. military bases in Iraq.

After CBC News inquired with Iran’s Civil Aviation Organization, Rezaeifar was replaced as the lead investigator.

“Right now, we are kind of like fighters,” said Soleimani. “The Iranian regime cannot stop us seeking justice and hide the truth forever.”

Soleimani said he’s still in denial over his wife’s death. He said he has kept all of her clothes and belongings.

“I think the moment I fully accept that she’s gone forever, I don’t know how I’m going to live the rest of my life,” he said.