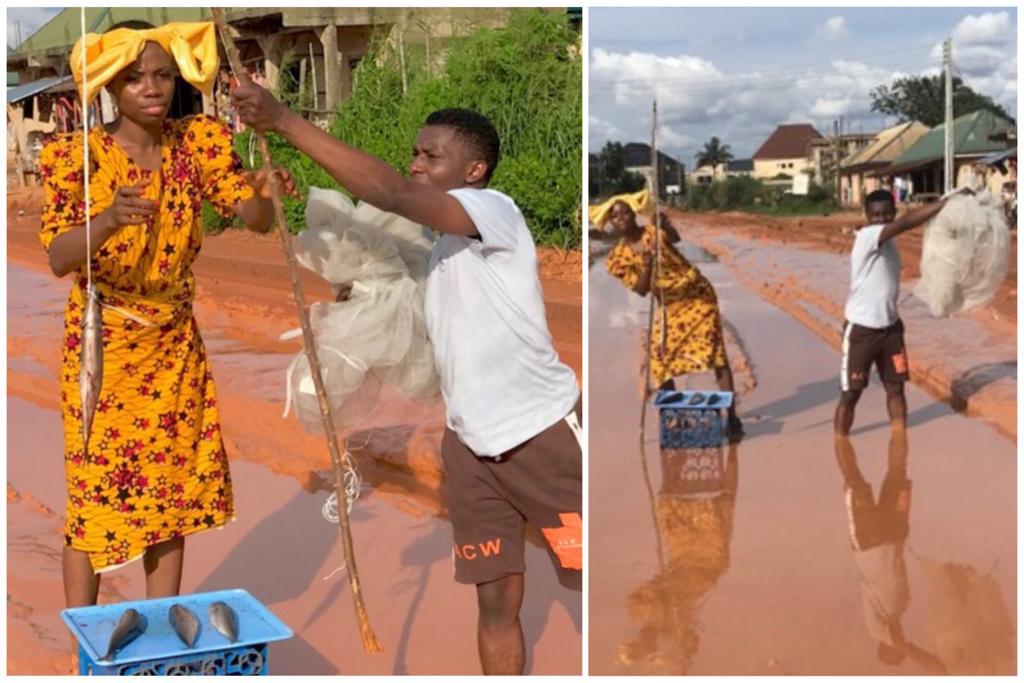 A newly married couple have resorted to sarcasm to reflect the state of a bad road in Imo State.

The couple, who are content creators, took to their Instagram accounts to share pictures of themselves fishing in muddy water from portholes on Ohi-Orogwe Road in Owerri, Imo State.

Taking to her Instagram account, the wife, @Owerri_chic, captioned the pictures, “Fishing time with my boo, Along Ohi-Orogwe Road In Owerri, Imo State. Come and buy your fish oooo… @orjisblog X Owerri_chic!” sic).

It was further gathered that the couple had their wedding and honeymoon along the same road.

A quote read, “Few months after our wedding and honeymoon on this same road, Ohi – Orogwe road in Owerri, west LGA of Imo state. My wife @owerri_chi and I @orjisblog decided to go fishing, guess what? We caught lots and lots of fishes on the road. We also caught a starfish there too. We are so excited.”

The picture has since gone viral with several comments flooding the post.

“This is simply a creative way of exposing the incompetence of the useless supreme court governor. Good one guys,” a commenter simply named Macphenso wrote on a blog.