A Cape Town goat that was stabbed five times in the chest and abdomen in Phillipi has been given a news lease on life.

A nanny goat, which was stabbed five times in the chest and abdomen, and then left for dead in the Philippi informal settlement, has been given a new lease on life.

A farm worker, from a nearby vegetable farm, which borders Jakes Gerwel Drive and Weltevreden Road in Philippi, Cape Town, rescued the Saanen goat.

The goat had been repeatedly stabbed before being tied to a tree in the Siqalo informal settlement. 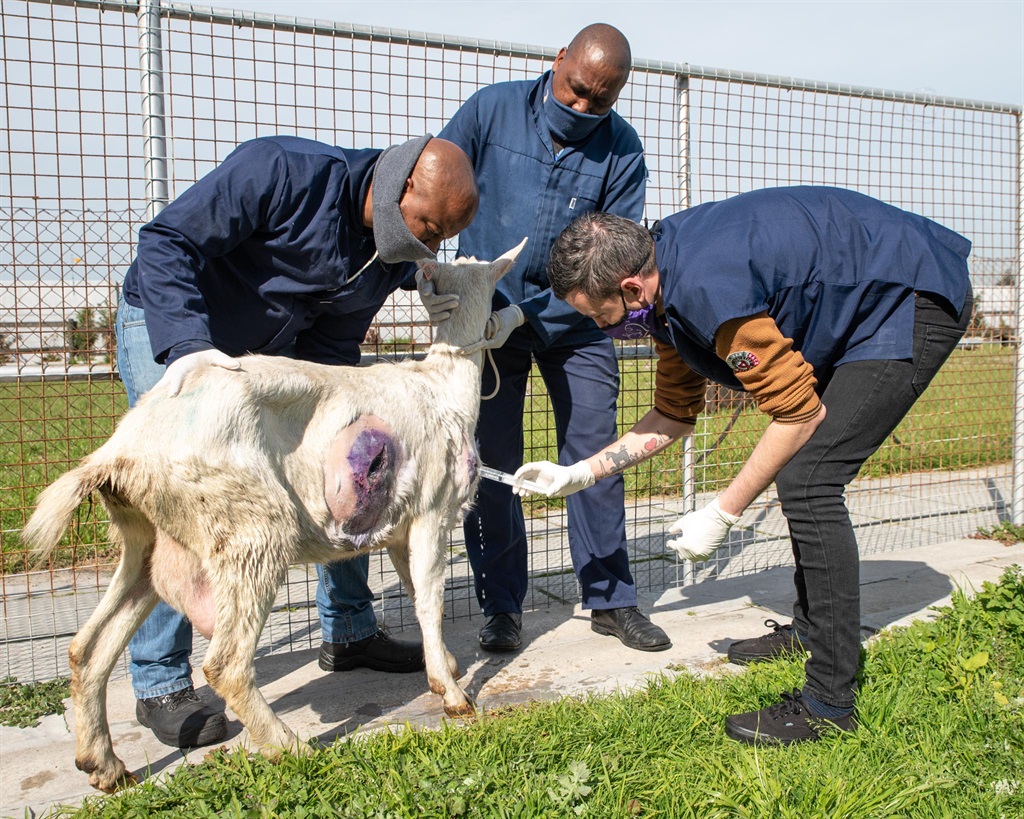 AWS spokesperson Allan Perrins said the nursing staff has worked around the clock to ensure her survival.

The Animal Welfare Society of SA (AWS) said it was an absolute “miracle” that the goat, known as Fable, had survived the ordeal.

READ | Babies on board: Pregnant Cape Town goat hangs out at MyCiTi bus shelter before being rescued “She had been repeatedly stabbed in the chest and abdomen before being tied to a tree with a length of nylon cord and left to die,” said Perrins.

Perrins said the motive for the attack was unclear and the investigation was ongoing.

The goat was identified as an internationally-known Saanen breed, known for its calm temperament and exceptional mothering instincts.

They are the epitome of a nanny goat and, despite being terrified and traumatised by her ordeal, was more than willing to allow us to examine, clean and treat her many wounds.

The organisation said the goat was responding well to treatment and enjoying the tranquillity of their farmyard.

“We flushed her wounds for the umpteenth time to keep infection at bay and she knowingly stood dead still, despite it being an uncomfortable procedure,” said Perrins.

Fable will be leaving AWS for Greyton Farm Animal Sanctuary late on Tuesday afternoon, where she can safely live out the rest of her life in the company of several other rescued farm animals. Nicola Vernon, founder of the Animal Sanctuary, said they currently had 17 goats on the farm.

“They come from a variety of individuals and animal welfare organisations. Our other goats are various breeds of large size and they hang out with each other as well as our 52 sheep,” she said.