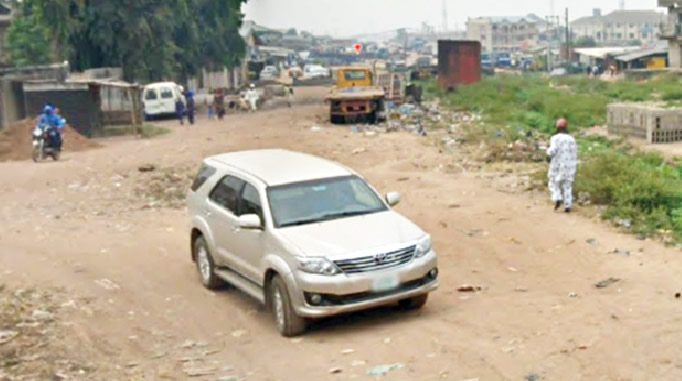 Three workers, identified as Femi, Israel Umogani and one Austine, have been found dead in their respective places of work in Lagos State within a week.

Femi was a barman at a hotel on Pipeline Road, Abule Egba; Umogani worked as a domestic worker on Fatai Irawo Street, Ajao Estate while Austine aka Mortuary was a POP designer.

Femi was reportedly found dead in his room at the hotel on Saturday morning of June 25, with a head injury and blood streaming from his nostril.

It was learnt that Femi and a co-worker were embroiled in a quarrel in the early hours of the day which led to a fight.

City Round gathered that they were separated after which Femi went to sleep in his room.

A worker said to have gone to wake him up around 8am reportedly found him unconscious and raised the alarm.

Our correspondent learnt that he was rushed to a private hospital in the neighbourhood and was later referred to the Orile Agege General where he was confirmed dead on arrival.

The chairman of the hotel, one Adeola, reported the incident to the police at the Oke Odo division and the co-worker was apprehended.

The hotel supervisor, who did not give his name, simply told our correspondent that the matter had been resolved during a visit to the area.

He declined comments when asked about what transpired before Femi’s death.

However, some traders within the hotel vicinity told City Round that Femi, reportedly in his 30s, and the co-worker had fought shortly before the incident.

A businessman, who gave his name only as Simon, said he was attending to a customer that morning when he saw people carrying Femi out of the hotel premises.

He said the scenario generated panic as a crowd gathered to catch a glimpse of the late barman.

Simon said, “I saw blood coming out of his nostril and he was rushed to a nearby private hospital. He was then referred to the general hospital where he was confirmed dead. He worked as a barman in the hotel.”

He added, “I later learnt he and another worker fought earlier that morning but I didn’t know the cause of the fight. He returned to his room and after some hours, he was found unconscious by another worker who went to check on him.”

Another trader and resident, who spoke on condition of anonymity, said he saw an injury on Femi’s head, adding that he could not tell if he sustained it during the fight.

She said, “It is only the hotel management that can give you the whole picture of the incident. I only saw the head injury when he was being rushed out of the hotel. A worker at the hotel told me that he and his colleague fought earlier in the day and some hours after, someone went to wake him up in his room and found him unconscious. He died at the hospital.”

Meanwhile, the domestic worker, Umogani, was reportedly found lifeless in his room on June 25 around 8am.

It was learnt that his boss and two co-workers became curious when he did not show up to perform his duty that morning.

“He was checked in his room and the door was discovered to have been locked from inside. When the door was forced open, he was found lying on his bed,” a resident told our correspondent.

Another reliable source said a doctor at a nearby private hospital invited by the family confirmed Umogani dead, adding that the incident was reported at the Ajao Estate Police Station.

The source added, “Consequent upon the report, a police team visited the scene and the corpse was removed. It was deposited at the Isolo General Hospital mortuary.”

Seven days earlier, on June 17, around 3pm, Austine aka Mortuary, reportedly died in his sleep at a site in Owode Ibeshe where he and other workers went to install POP ceilings.

It was gathered that they usually passed the night at the site because of the distance to their houses.

“Unfortunately, Austine who slept at the site on June 16 didn’t wake up the following morning. The complainant stated that when he discovered that the deceased was still on the ground at 7am, he went close to tap him and discovered that he was lifeless,” a shop owner in the area, who is privy to the incident, told City Round.

The Police Public Relations Officer in the state, CSP Muyiwa Adejobi, confirmed Austine’s death and promised to get back with comments on the two other cases.

He said, “Yes, one Austine aka Mortuary was reported dead in his sleep at a construction site in Owode Ibeshe by one Kazeem Oladejo. The scene was visited by the police. The corpse was deposited in the Ikorodu General Hospital Mortuary for autopsy and further action.”