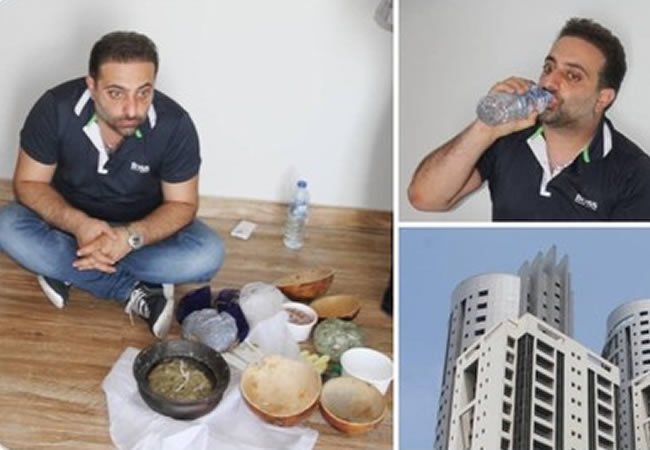 Justice Tijjani Garba Ringim of the Federal High Court sitting in Ikoyi, Lagos, has convicted and sentenced an internet fraudster, Hamza Koudeih, a Lebanese, to one year imprisonment.

The judge ordered the forfeiture of N100m concealed by Koudeih in Zenith Bank Plc account number 1014845962 of CHK Property Investment Ltd. to the Federal Government.

The convict was, however, given an option of N1m fine in lieu of one year in jail.

Koudeih, alongside Kayode Phillips, was arraigned by the Economic and Financial Crimes Commission on November 28, 2019, before Justice Muslim Hassan on a 25-count bordering on conspiracy and money laundering.

According to a statement on Saturday by the EFCC spokesman, Wilson Uwujaren, titled, ‘Hamza Koudeih bags one-year jail term, forfeits N100m, car to FG,’ the defendants, who are high-valued targets in Organised Cyber Syndicate Network, were arrested for their alleged involvement in various cyber crimes and money laundering.

One of the counts reads: “That you, Kayode Phillip (a.k.a Voice of the King) and Hamza Koudeih (a.k.a. HK) sometime in May, 2019 within the jurisdiction of this Honourable Court conspired among yourselves to commit an offence to wit: conversion of the aggregate sum of $7,069,000; £1 million and €80,000, which sum you reasonably ought to have known form part of the proceeds of fraud and you thereby committed an offence contrary to Sections 18 (a), 15 (2)(d) of the Money Laundering Prohibition Act, 2015 and punishable under section 15(3) of the same Act.”

The defendants had pleaded ‘not guilty’ to the charge preferred against them by the commission, leading to their full trial.

On July 18, 2021, Koudeih, who is the second defendant, sought the leave of the court to travel to his country, Lebanon for psychiatric treatment but the application was refused by the court.

“Consequently, in view of the overwhelming evidence against him before the court, Koudeih approached the prosecution for a plea bargain.

‘’The agreement thereof was filed before the court by the prosecution, with an amended charge on Wednesday, September 8, 2021,’’ the statement said.

At the resumed sitting on Thursday, the prosecution counsel, Rotimi Oyedepo, presented the terms of the agreement to the court, pursuant to section 270 of the Administration of Criminal Justice Act, ACJA, 2015.

According to him, “Koudeih entered a bond with the EFCC to be of good behaviour and never to be involved in any form of economic and financial crimes both within and outside the shores of the country.”

Delivering his judgment, Justice Ringim convicted and sentenced him to one year imprisonment , with an option of fine of N1m .

“Justice Ringim also ordered forfeiture of a Mercedes Benz GLE43 with chassis number HJGED6EBXHA063213; two pieces of iPhone and a HP Desktop computer recovered from Koudeih to the Federal Government,’’ the statement read in part.