A high-stakes American gambler who is an FBI informant and goes by the nickname Robin Hood 702 played a key role in a series of events that eventually led the RCMP to charge their head of intelligence, Cameron Ortis, with leaking secrets.

R.J. Cipriani, whose nickname incorporates the 702 Las Vegas area code, built his reputation by winning money in casinos and donating much of it to worthy causes.

But in 2011, he was asked to gamble money in Australia by former U.S. college football player Owen Hanson.

“I figured he had to be a billionaire or a billionaire’s son for him to just hand me, you know, a million and a half dollars,” Cirpriani told The Fifth Estate in an interview.

But eventually fearing he was being drawn into criminal activity, he went to the FBI. That led to Hanson being charged and convicted of drug trafficking.

It’s what the FBI found in Hanson’s possession after he was arrested at a golf course outside San Diego in 2015 that ultimately led to the doorstep of the RCMP and their intelligence operations. 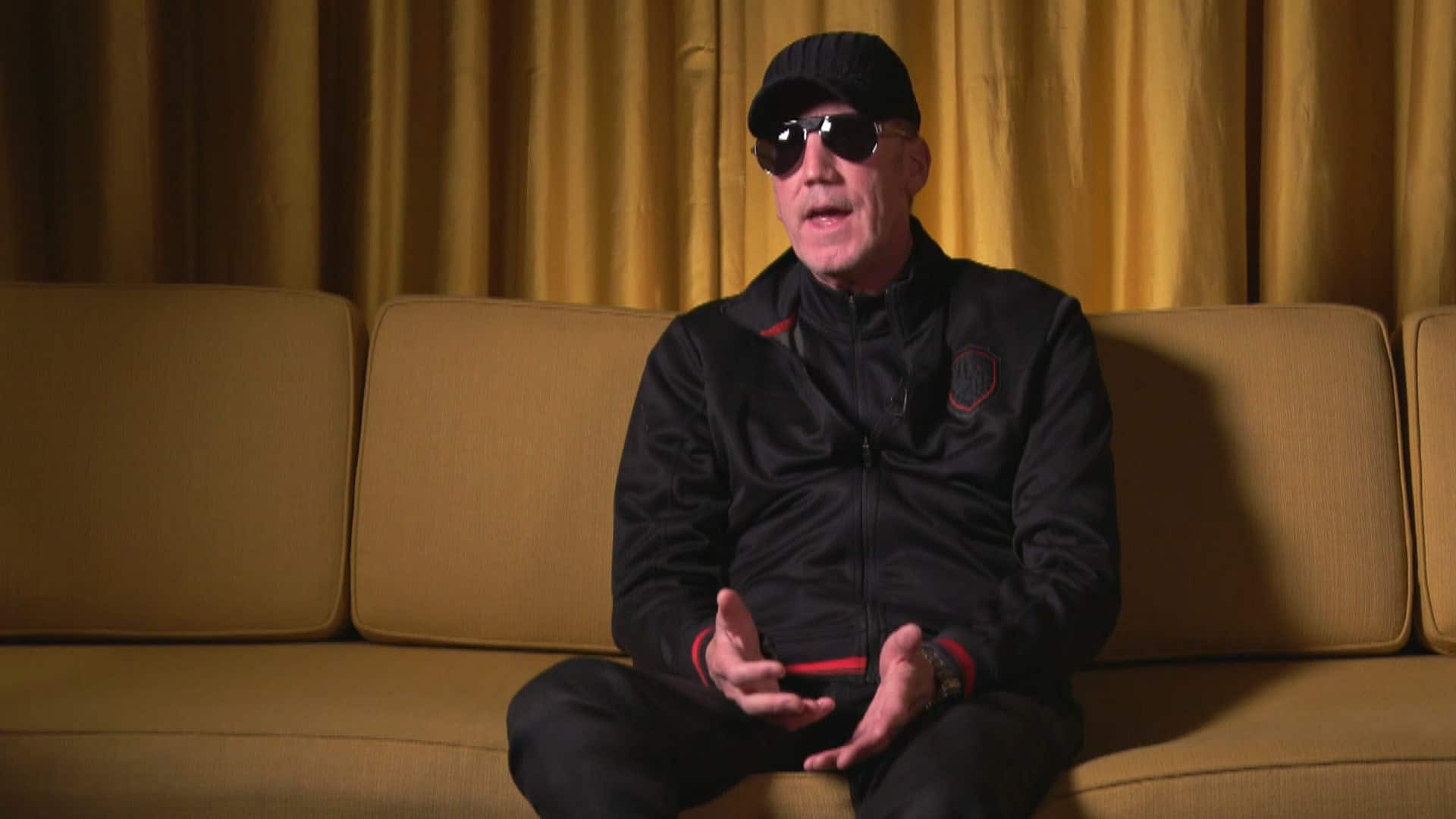 How an FBI informant got involved in a deal he couldn’t refuse. 1:50

Police discovered six encrypted cellphones Hanson had purchased from Richmond, B.C.- based Phantom Secure, a company the RCMP had been investigating for allegedly supplying encrypted technology to organized crime. The FBI then joined with the RCMP and Australian police in an investigation of Phantom Secure.

Ortis is alleged to have offered Phantom Secure secret information.

In Canada, the RCMP executed search warrants on Ramos’s home and business addresses in British Columbia, but it is still unclear what they seized. It appears the RCMP information to obtain the warrants has been sealed.

At the time of the Ramos arrest and raids, the RCMP said little about the case and it received scant media attention in Canada.

But that changed 18 months later when the RCMP arrested their own intelligence chief, Cameron Ortis, in part for allegedly leaking operational information to Ramos. 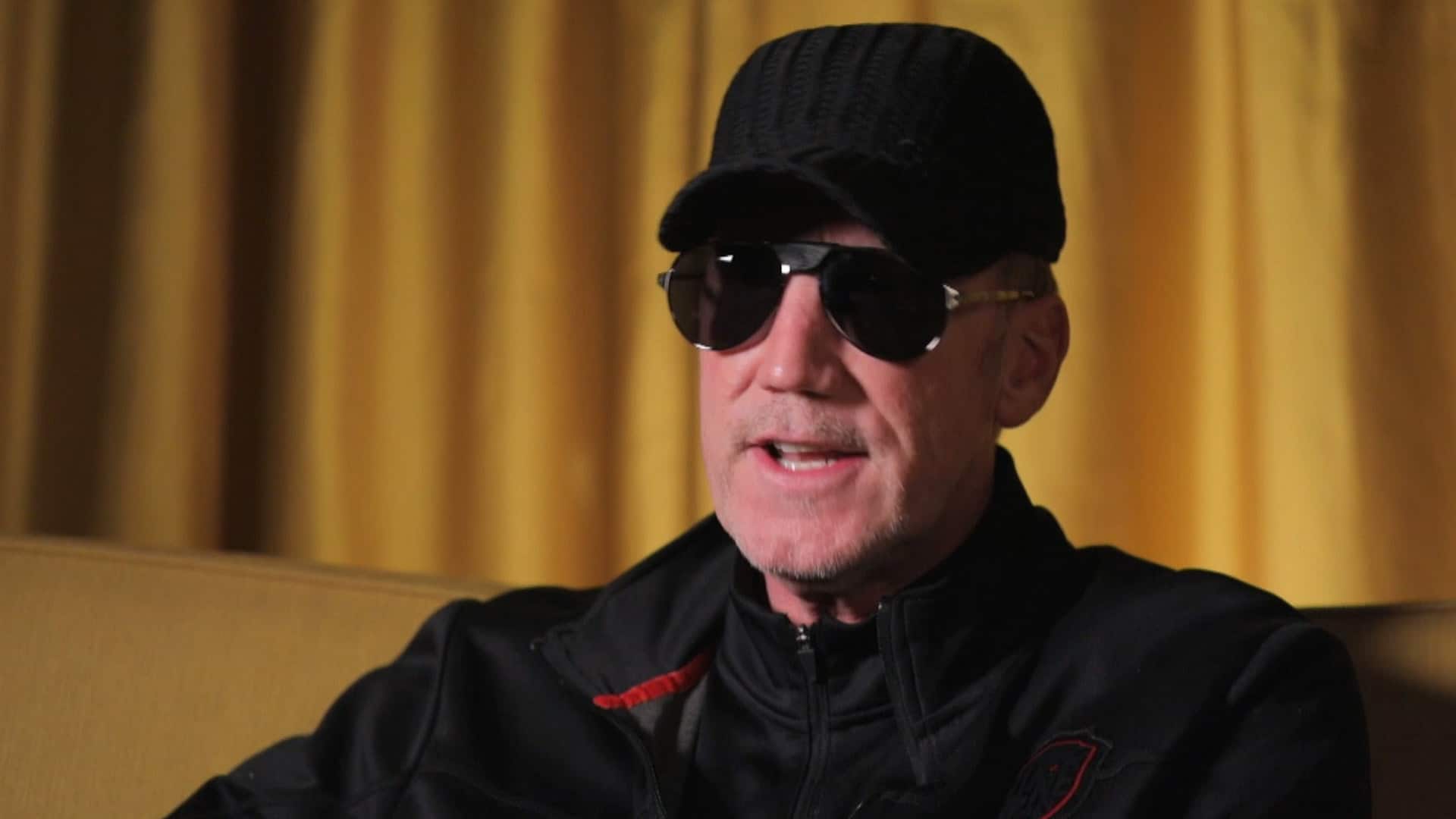 How a meeting at an Australian hotel led a gambler to approach the FBI. 0:57

Reviewing a seized computer following Ramos’s arrest, the RCMP discovered that someone had reached out to Ramos and offered to provide him with intelligence information. The Mounties started an investigation, dubbed Project Ace, to find the source of the leak.

Ortis was arrested in Ottawa on Sept. 12, 2019. Then director general of the RCMP’s National Intelligence Co-ordination Centre (NICC) for more than three years, he was one of the highest-ranking civilian members in Canada’s federal police force, with access to numerous sensitive national and multinational investigations.

Ortis faces eight counts of violating the Security of Information Act and two criminal counts. The Crown alleges that he violated the act by obtaining guarded information that he intended to leak, as well as leaking special operational information.

In a media conference five days after Ortis’s arrest, RCMP Commissioner Brenda Lucki said that the investigation into the leak began in 2018 when “the RCMP was supporting an FBI investigation” and the force “uncovered possible internal corruption.”

Court documents filed in the U.S. District Court, Southern District of California, reveal that undercover RCMP agents were targeting Phantom Secure over a six-month period in 2015.

The indictment in Canada against Ortis charges that between Feb. 1, 2015, and May 31, 2015, he “did, in the city of Ottawa, Ontario intentionally and without authority, communicate special operational information to V.R.”

Before he was appointed director general of the NICC in 2016, Ortis previously held positions in the RCMP’s Operations Research and National Security Criminal Investigations Directorate.

Phantom Secure sold encryption services and devices. Ramos founded it in 2008 and it appeared to be a legitimate company, with an office in Richmond, B.C., and a website marketed towards upscale businesspeople.

But its phones were popping up in domestic drug investigations.

In 2011, Thunder Bay police were working on a drug trafficking case with the Ontario Provincial Police and the RCMP that was dubbed Project Dolphin when they seized a Phantom Secure cellphone during an arrest.

Phantom Secure phones were later appearing in RCMP intelligence reports, but the company was not being actively investigated by the Mounties, a source close to the investigation told The Fifth Estate.

RCMP informants said the company was selling directly to criminal organizations in Canada.

“There were threats to Canada and possibly internationally with this company,” the source said.

Ramos, the son of Filipino immigrants to Canada, was fascinated as a young boy by the direct marketing ads he saw on TV, U.S. court documents say.

“The handsets were being used by people from outlaw motorcycle gangs that obviously are involved in very violent crimes including, you know, potentially murder,” Australian federal police Deputy Commissioner Neil Gaughan told The Fifth Estate.

“As far as we were concerned, it was something that we really wanted to get involved with, take those handsets out of the hands of the criminal elements to ensure that law enforcement was back on a level playing field.”

In 2016, after Ortis is alleged to have leaked operational information to Ramos, RCMP Commissioner Bob Paulson told the CBC in an interview that he was worried encrypted technology was allowing criminal organizations to effectively evade detection by law enforcement.

“I think I can safely say that there is criminal activity that’s going on every day that’s facilitated by technology that we aren’t acting on.”

“The criminal element … and in that I include, the terrorist element, are relying on encryption.”

The phones were actually versions of the iconic Canadian BlackBerry smartphones — with the voice, text, email, camera and GPS capabilities all removed and replaced with Phantom Secure’s own encrypted communications software (called PGP or Pretty Good Privacy) that was routed through offshore servers in Hong Kong and Panama.

As an added precaution, in the event police did seize the cellphone, Phantom Secure said it could remotely wipe the contents clean.

WATCH | How a Vancouver businessman led the RCMP to an alleged spy in their ranks: 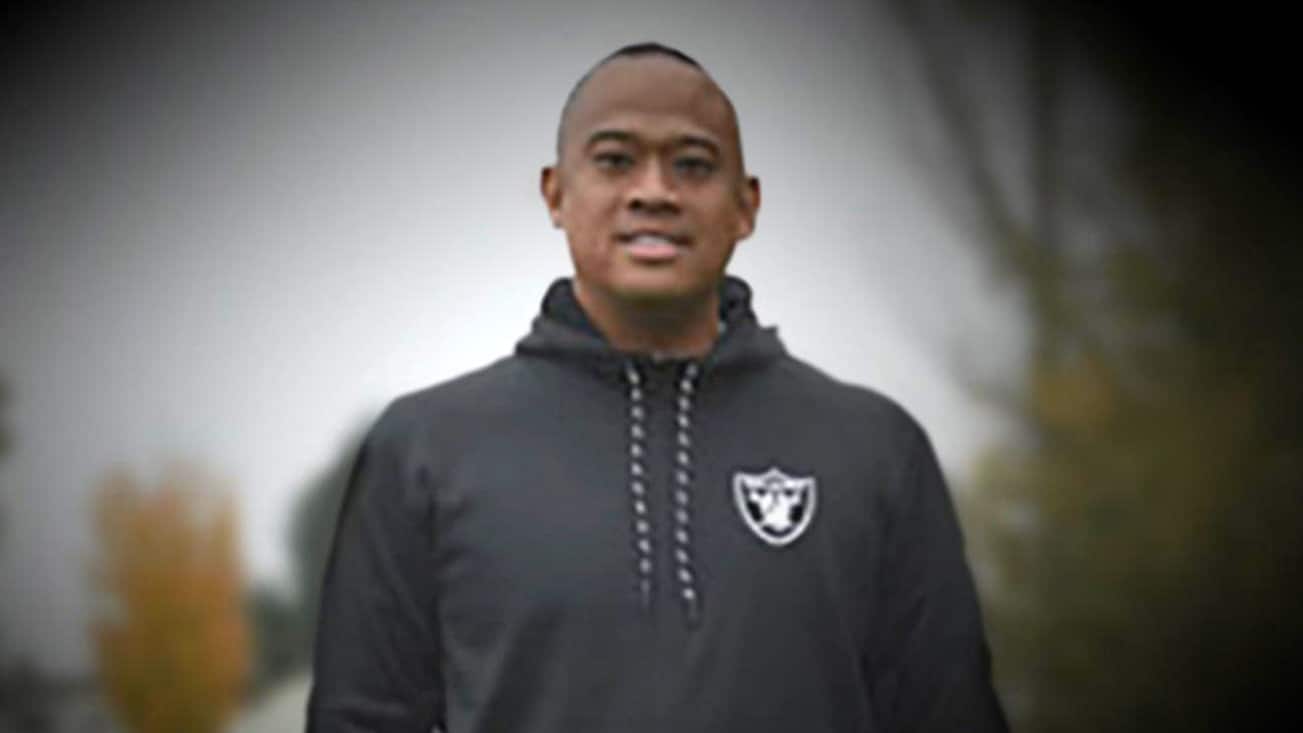 How did a Vancouver businessman lead the RCMP to discover an alleged spy within their ranks? Vincent Ramos, the CEO and founder of Phantom Secure Communications, sold encrypted cellphones to drug traffickers and money launderers around the world. 4:10

U.S. Department of Justice prosecutors wrote in a 2019 sentencing memorandum that “conservatively, Phantom Secure had between 7,000 and 10,000 customers” and “charged approximately $2,000 for a sixth-month subscription.”

The DOJ further noted in the memorandum that “to date, neither Australian, Canadian, nor American law enforcement has identified a single non-criminal user of Phantom Secure devices.”

In February 2018, after doing a deal in Mexico, Ramos boasted in a text, later submitted to U.S. Federal Court: “We are f–king rich man. I swear to God you better f–king appreciate it. Get the f–king Range Rover brand new. Cuz I just closed a lot of business. This week man. Sinaloa Cartel that’s what’s up.”

The FBI, RCMP and Australian federal police investigated Phantom Secure for another three years before finally arresting Ramos at a diner in Bellingham, Wash., in March 2018.

According to a report by the Bellingham police, who assisted in the arrest, the FBI had tracked Ramos through his cellphone.

Ramos later pleaded guilty to one count of racketeering and is serving a nine-year sentence in a U.S. federal prison. As part of his plea, he agreed to forfeit proceeds of crime totalling $80 million US.

Ramos’s lawyers declined The Fifth Estate‘s interview requests and Ramos did not respond directly to a letter requesting an interview.

Phantom Secure sold its encrypted smartphones from the lower B.C. mainland for more than a decade before Ramos was charged in the U.S.

“This conviction marks the first time the United States targeted a company and convicted its chief executive for knowingly providing transnational criminal organizations with the encrypted infrastructure to conduct the international importation and distribution of narcotics,” the U.S. Department of Justice said in a media release after Ramos’s sentencing in 2019.

Both the FBI and the U.S. Department of Justice declined The Fifth Estate‘s interview requests regarding both the Hanson and Ramos investigations. The RCMP also declined to be interviewed.

“For operational reasons and the privacy of our undercover operators, we must decline your request for an interview,” the Mounties responded via email.

“The RCMP will not stop in the pursuit of criminal activity related to hardened secure communications companies, such as Phantom Secure, who facilitate organized crime.”

In a media release after Ramos’s sentencing, the RCMP revealed that they had executed search warrants in B.C. in relation to the Ramos investigation.

After searching through the courts in the Vancouver area, The Fifth Estate was unable to locate any of the information to obtain the search warrants on Ramos’s home or business properties.

B.C provincial court in Surrey did provide a file number for a sealed package that The Fifth Estate later determined was part of the RCMP’s internal investigation that led to the arrest of Ortis.

Last month, The Fifth Estate reported that the RCMP obtained more than two dozen court-ordered warrants and authorizations in the months prior to and after the arrest of Ortis that gave them broad powers, including covert surveillance and the ability to intercept communications. 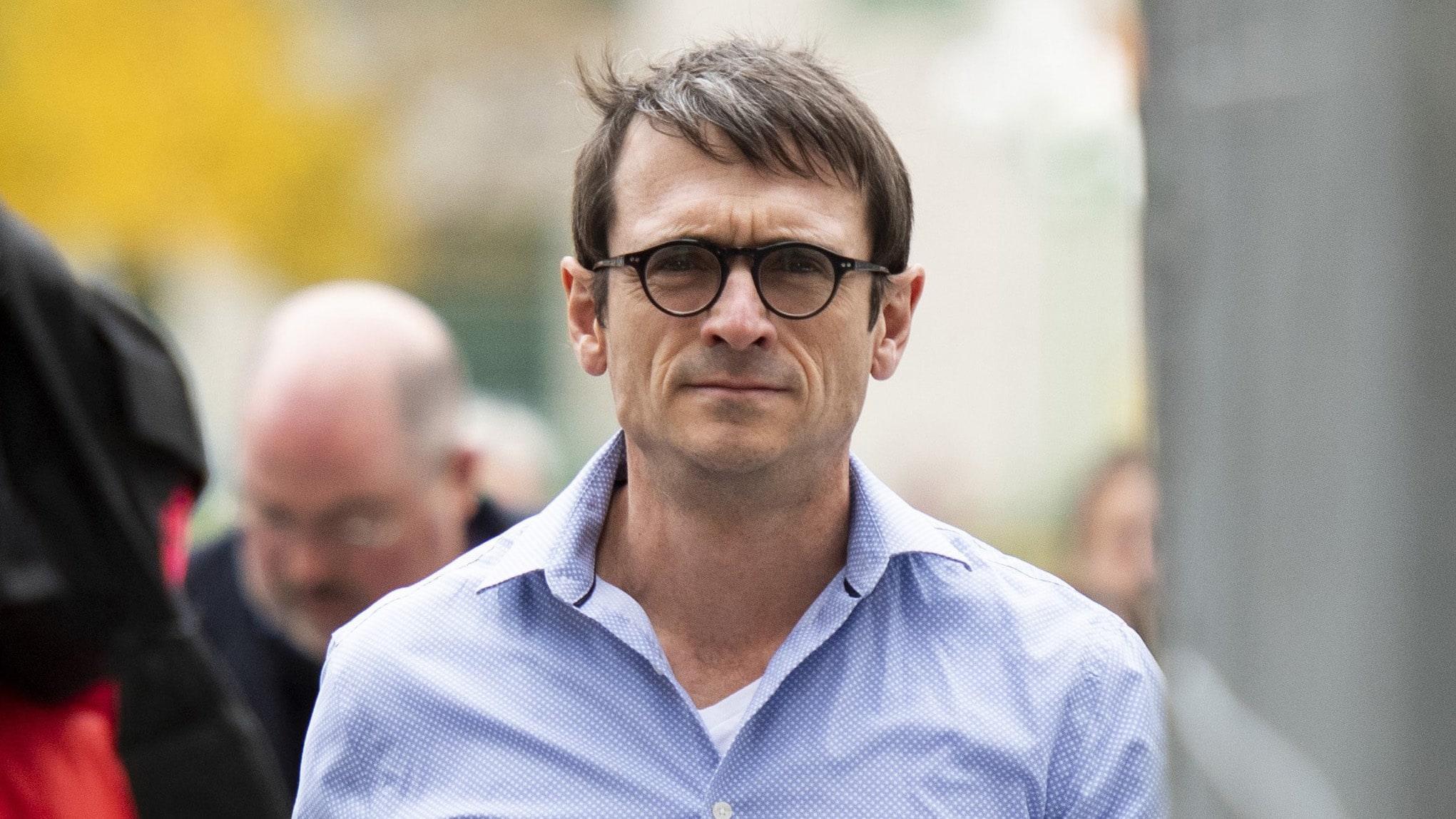 Cameron Ortis, a senior Canadian intelligence official, has been accused of violating the country’s secrecy laws and plotting to leak sensitive information. Here’s how his expertise in cybersecurity and the dark web gave him access to intelligence from Canada and its global allies. 3:01

Ortis was granted bail on Oct. 22, 2019, after a two-day hearing in Ontario Court of Justice in Ottawa that was covered by a court-ordered publication ban.

Following a hearing in Ontario Superior Court, Ortis’s bail was revoked on Nov. 8, 2019, and he was taken back into custody, where he remains awaiting trial. A trial date has not been set.

Ortis’s lawyer and his family declined interview requests from The Fifth Estate.