The family of an Manitoba woman wants to know why she died in an RCMP jail cell hours after being picked up on suspicion of being intoxicated.

Celine Samuel, 44, from Northlands Denesuline First Nation, spent the last minutes of her life alone in a cold cell in Thompson, Man.

There was no mattress, no pillows, no blanket — just a concrete cell designed to let intoxicated people sleep it off.

Her family knew Samuel was not well and had been at a Winnipeg hospital weeks earlier after suffering multiple seizures, her daughter Shelly Watt told CBC News.

“It makes me kind of sad and disappointed. Was it possible that she would have been here today if she was taken to hospital instead?” she said.

Because she died in police custody, Samuel’s death on Feb.1 was automatically reported to the provincial police watchdog. .

It said a 44-year-old woman had been detained after officers received a call about an intoxicated person and that she had been “medically cleared” before entering the cell. No further details were shared.

For Samuel’s family, that was the last they heard about what happened to her. The results of an autopsy are still pending.

Samuel is just one of the thousands of people in northern Manitoba detained each year under the province’s Intoxicated Persons Detention Act (IPDA).

The act allows police officers, cadets and community safety officers to detain someone they suspect is intoxicated. They are not, technically, placed under arrest. The act is intended to detain a person who may be a danger to themselves or others.

As reported on Monday by CBC News, another woman — detained under the IPDA at the same detachment in 2018 — left by ambulance after being knocked unconscious by a community safety officer. 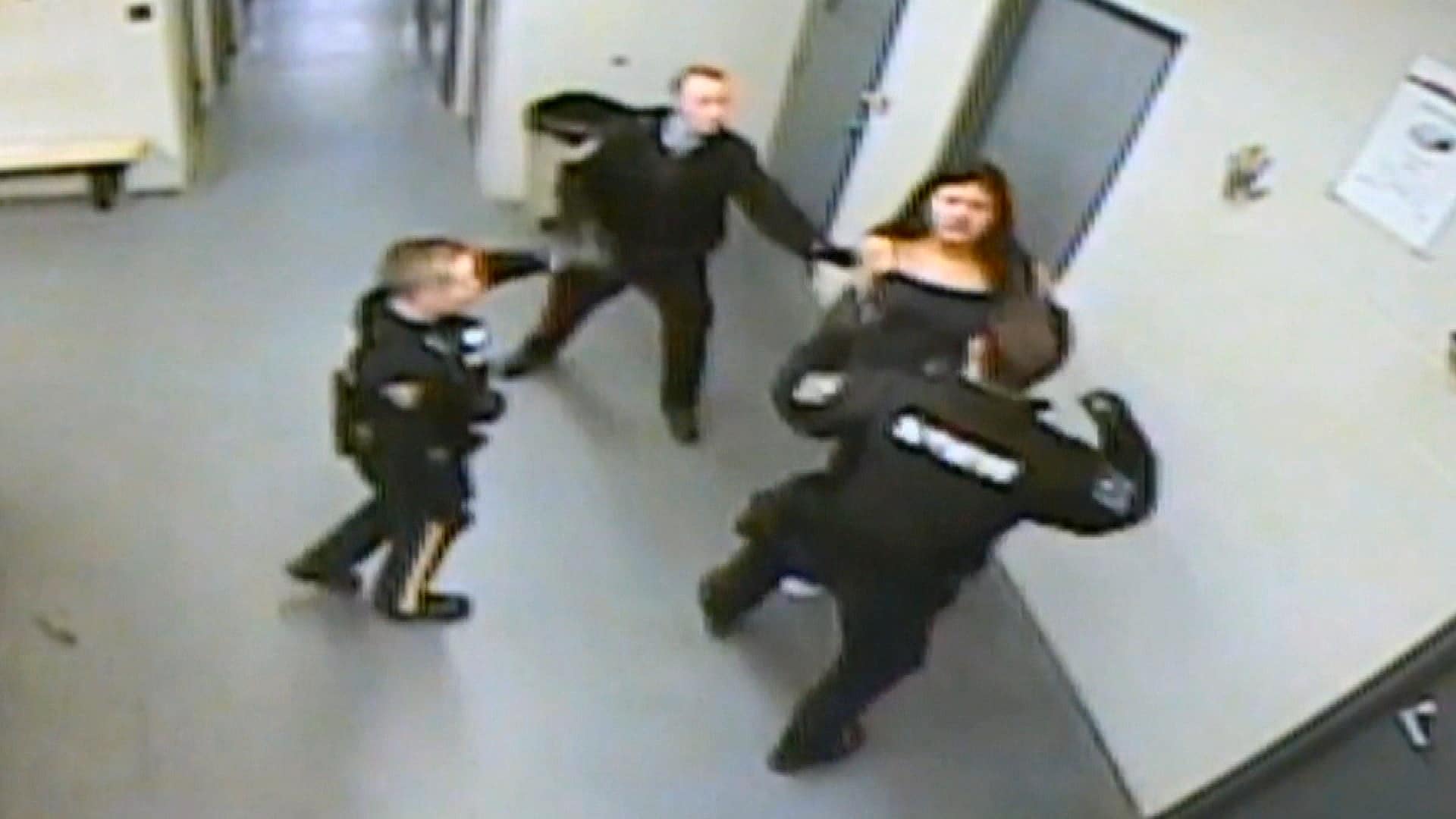 Genesta Garson was detained at the RCMP detachment in Thompson, Man. on Jan. 6, 2018 after officers suspected her of being drunk. This is the security video taken from that night, which shows an officer knocking her unconscious. 1:49

Nine months after Samuel’s death, no one in the IIU had contacted the family.

“We want to know why she died and what was the cause of her death? We’re in the dark. It’s just, like, little hearsay in there. And that’s all we’re going by,” said her sister Agnes Samuel.

“[Our] family wonders why she just passed in a jail cell.”

Her family says Samuel battled addiction for years. But her daughter says the backpack she carried with her the day she died showed she wanted to change.

“All we have left of her was just a small duffel bag … She kept things made for her as a kid, like arts and crafts and stuff, pictures of us, little notes, job resumes,” she said.

“We saw [her] letters and poems about alcoholism and how she wanted to overcome that and change her life around.” 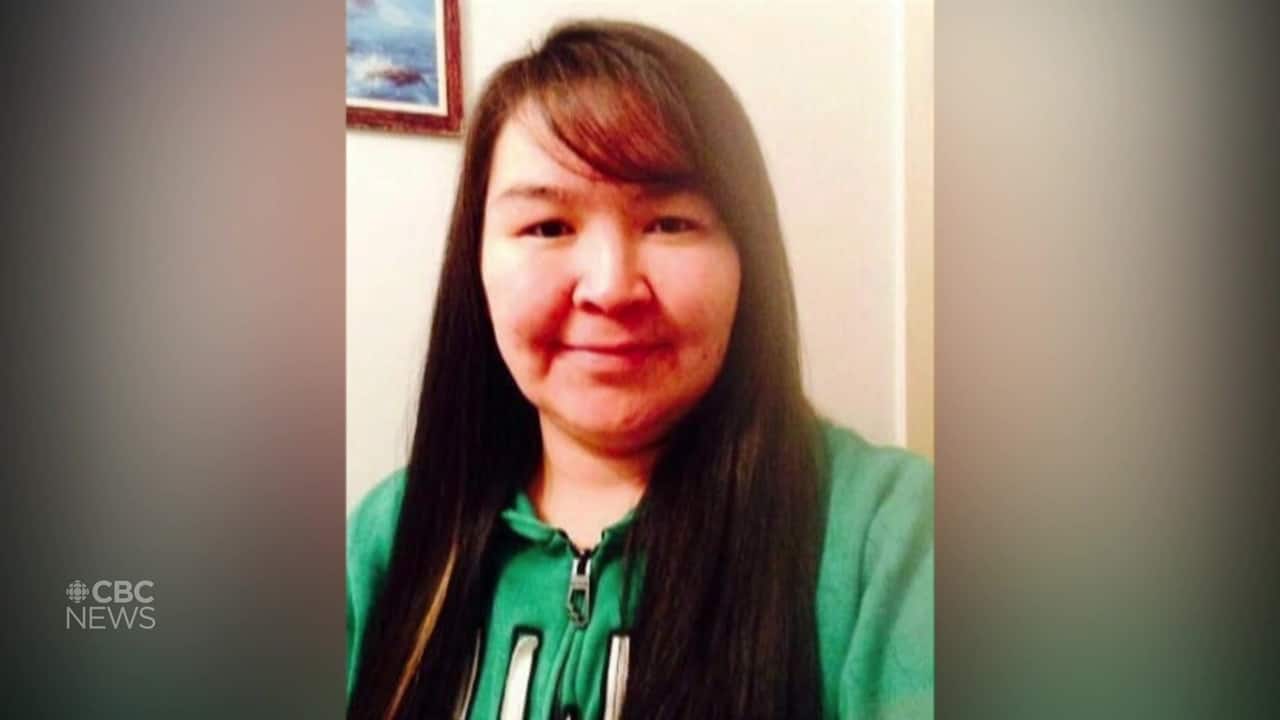 The death of a First Nations woman in a Northern Manitoba jail cell is raising questions about the use of the Intoxicated Persons Detention Act, which allows peace officers to detain people suspected of being drunk. 2:39

More detentions in the north

According to the IIU, Samuel was picked up around 8:15 p.m. that night and taken to the detachment.

The last time officers checked on her, at 10:49 p.m., they say she was conscious and breathing. Twenty minutes later, they checked on her and she was dead.

RCMP policy is to check on an intoxicated person in a holding cell every 15 minutes, it is unknown why officers waited an extra five minutes to check on Samuel. The IIU is expected, among other things, to review surveillance video from inside the cell.

People in northern Manitoba are detained under IPDA at a rate six times higher than those in Winnipeg, according to numbers provided by the RCMP and through access to information laws.

Four months before Samuel’s death, a 54-year-old man was found dead in a jail cell in the RCMP detachment in The Pas.

Just like Samuel, the man was placed into custody because he was intoxicated and was found dead hours later. The IIU is also investigating that death.

Defence attorney Rohit Gupta has spent considerable time in the North, he describes the high number of IPDA detainments “extremely alarming” but not surprising.

He regularly sees his clients detained using the IPDA and that it used to over-police vulnerable people.

“If an officer says, ‘Hey, you’re too intoxicated,’ it’s his discretion effectively just to lodge you in cells to be released at a later point,” Gupta said.

He describes it as a way that police can “arbitrarily” detain someone without cause for as long as 24 hours.

“What is the intoxicated person detention supposed to be used for? It’s whether the individual is a danger to themselves or danger to the public,” Gupta said.

He said given the number of times Thompson cell blocks hold intoxicated people, deaths from a medical incident are bound to happen. Over 2,000 people are detained in the Thompson detachment under the IPDA each year. 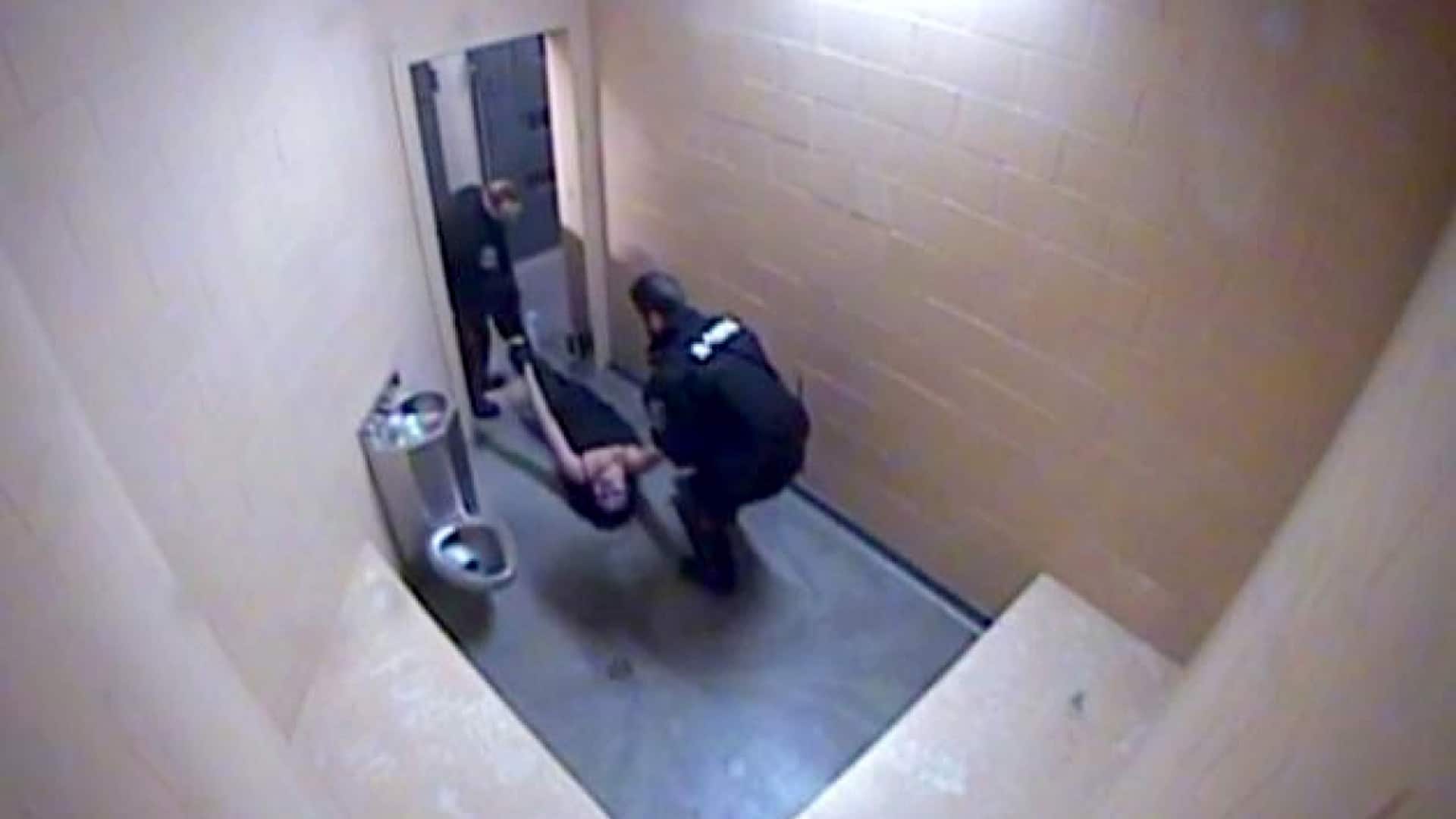 A video shows a 19-year-old Indigenous woman being punched, knocked unconscious and dragged into a cell by community safety officers at an RCMP detachment in Thompson, Man. The video, from January 2018, is prompting calls for an investigation because RCMP didn’t investigate at the time. 2:03

“Eventually you’re going to have individuals that run into medical distress.” he said.

“Just by the sheer numbers of prisoners, prisoners that we encounter and the unpredictability of intoxicated people or medical conditions can lead to these situations.”

Lewis could not comment on the specifics of Samuel’s death because it is still under investigation. However, he said officers go through a series of checks when they pick up an individual to decide whether they need immediate medical attention.

He explained there is another side to Gupta’s complaints about IPDA and the act gives police the power to keep intoxicated people safe.

“People’s lives would be at risk,” Lewis said when asked what would happen without IPDA.

People would die from being exposed to the elements in winter, there would be more traffic fatalities, people assaulted or robbed because they can’t defend themselves, he said.

“When we find somebody that is intoxicated…we’re not just putting them into cells to take them off the street so that they’re not an eyesore to anybody. It’s also for their protection,” he said.

This is not the first time someone has died in Thompson’s detachment after being detained under IPDA.

The death of Jeffrey Mallett, a 37-year-old man from Cross Lake First Nation, was the subject of an inquest in 2011 after he died in the detachment in 2008. It took guards six to 10 hours to discover his body. It was ultimately ruled he died of pneumonia.

The inquest recommended that a medical clearance of any pre-existing conditions be obtained before the RCMP lodge an intoxicated person overnight.

It also recommended that a sobering centre be built, akin to Winnipeg’s Main Street Protective Care Unit, which has medical personnel on site and is a safe place for police to take intoxicated people.

Because the IIU is still investigating the death, it is unclear how much was done to look into Samuel’s medical history prior to her death.

Zane Tessler, the executive director of the IIU, said they are still awaiting the results of an toxicology report before they can release the findings of their investigation.

He admitted that somehow a major step in the investigation was skipped and no one reached out to the family.

“I can assure you that steps and protocols will be in place to ensure that this does not happen again,” Tessler said, adding that the lead investigator has been talked to about the issue.