Cut off from their own country, U.S. residents of Northwest Angle bemoan law denying other Americans access

One of the most remote areas in the United States has become more isolated than ever.

That’s because the Northwest Angle cannot currently welcome any visitors by road — even those from its own country.

The Angle, as it’s affectionately known, is a geographical oddity, created by surveying errors stretching back more than 200 years. Technically part of Minnesota, it’s surrounded on three sides by Canada, and by a body of water to the south. Its only land link is its western border with Manitoba.

But pandemic-related border restrictions mean American visitors can’t take the nearly barren road in southeastern Manitoba into this isolated slice of their own country.

The ban is devastating for fishing lodge owners in the Angle, as upwards of 90 per cent of their normal customers cannot return.

“We’ve only had like seven parties all summer — we’ve had a week’s worth of business,” said Paul Colson, who owns Jake’s Northwest Angle resort with his wife, Karen.

Ahead of the lucrative winter fishing season, residents are pleading with Canadian officials to exempt an 80-kilometre stretch of road in Manitoba from travel restrictions, allowing tourists to drive from the rest of Minnesota into the Northwest Angle.

They’ll do whatever it takes to ensure anybody crossing into Canada doesn’t make any stops in the country en route, Colson said.

“We floated the idea of escort vehicles, ridiculous fines, cameras, whatever you want to do. Whatever … makes them feel warm and fuzzy, we’ll do that,” he said.

“We are not asking for the border to be opened, OK? We are asking for Americans to be able to travel from America back into America.”

Aside from essential travellers, the only people currently permitted entry by road are the 120 residents of Angle Inlet, Minn. Some visitors have travelled by boat through Lake of the Woods, but that mode of transportation is neither practical nor safe for many people, Colson said.

Meanwhile, some vehicles with Canadian licence plates were entering the Angle over the summer to travel by boat into a nearby First Nation, where a water treatment facility has been under construction.

The workers were allowed to enter the States because their work is essential, which is fine by Colson. But “essential travel for us is our tourists,” he said. “That’s how we make our living up here.”

‘Do not want Americans in Canada, period’: congressman

Residents of the Angle have Minnesota Congressman Collin Peterson and several senators on their side, and they have sought sympathy from their Canadian counterparts. 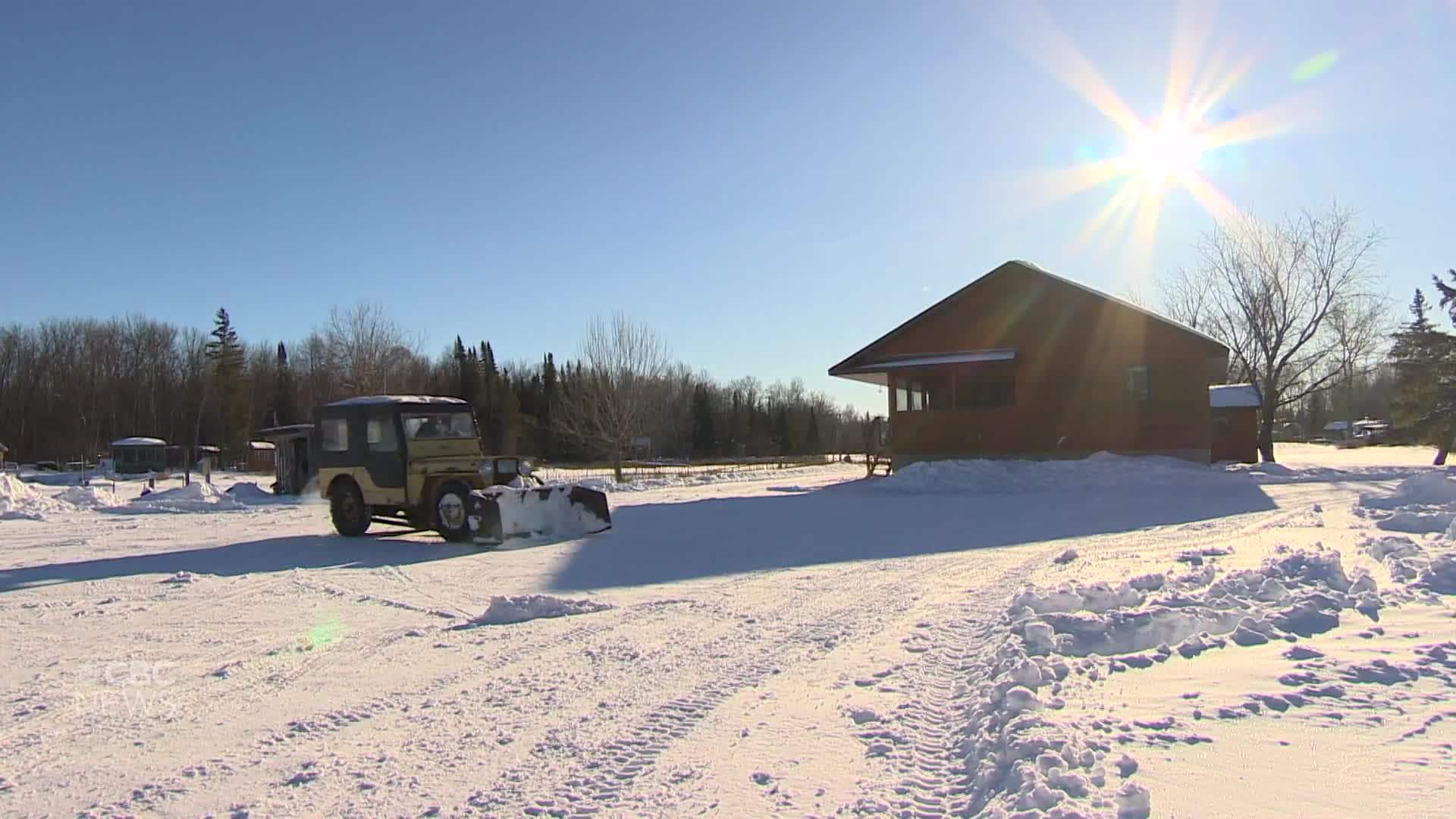 One of the most remote areas in the United States is more isolated than ever. That’s because right now the Northwest Angle cannot welcome any visitors by road — even those from its own country. 2:11

Peterson has tried speaking with Canadian Public Safety Minister Bill Blair, but he said his calls haven’t been returned.

“I tried all kinds of things. I tried to see if they would allow us to have a lead car to take a group up … to make sure that nobody stops, nobody gets out of their car.

“I also suggested that we put a GPS tracker on cars when they leave the border patrol station,” but that didn’t curry favour, either, Peterson said.

“They think they’ve done a pretty decent job” at keeping COVID-19 case numbers relatively low, Peterson said of his Canadian neighbours, “and they just do not want Americans in Canada, period.”

The closure of the Canada-U.S. land border came into effect in March, and has been repeatedly extended. Public opinion polls found the ban is popular in Canada as COVID-19 cases have skyrocketed in the United States.

The Canadian government says it isn’t entertaining a border exemption for the Angle, nor at Point Roberts, Wash., a community similarly cut off from the United States.

“The decision to bring forward the significant restrictions at our borders was difficult, but we know that they are necessary to keep our communities safe throughout the pandemic,” said Mary-Liz Power, spokesperson for Minister Blair.

‘You’re … lonely for your customers’

Joe Henry, executive director of the Minnesota-based Lake of the Woods Tourism Bureau, said the economic beating is tough to take, but he won’t stop lobbying.

The situation is increasingly dire for the dozen fishing lodges in the area, he said.

“You’ve worked perhaps for generations, certainly decades, to build up your resort business,” Henry said. “Everything you do to gain clientele and build their trust, those are your repeat customers. Now, all of a sudden, they can’t come all year long. They may to go other places and they might like those other places.”

Richard McKeever, who owns Young’s Bay Resort in the Northwest Angle, is grateful the vast majority of his bookings pushed their reservations to next year.

In the meantime, he’s keeping busy running his small store selling bait, food and gas. He’s getting by financially because his parents, from whom he purchased the fishing lodge, are letting his payments slide.

But he said these days, the Angle is feeling even more secluded than before.

“You’re almost lonely for your customers. You get used to seeing these people every year, year after year after year, and they’ve become friends,” McKeever said.

“With nobody around, it just feels strange — it’s just like a ghost town.”