Coronavirus: What’s happening in Canada and around the world on Wednesday

Western provinces are reporting new highs in the number of people hospitalized with COVID-19 — or are approaching peak levels — as health officials warn about the pressure that surging case numbers are putting on the health-care system.

In Manitoba, the number of people in hospital with COVID-19 reached 207 on Tuesday, the first time the province has cracked the 200 mark. Of those, 30 are in intensive care.

“Our health-care system is under the strain of widespread community transmission of this virus,” Lanette Siragusa, chief nursing officer of Manitoba Shared Health, said at a news conference on Tuesday. 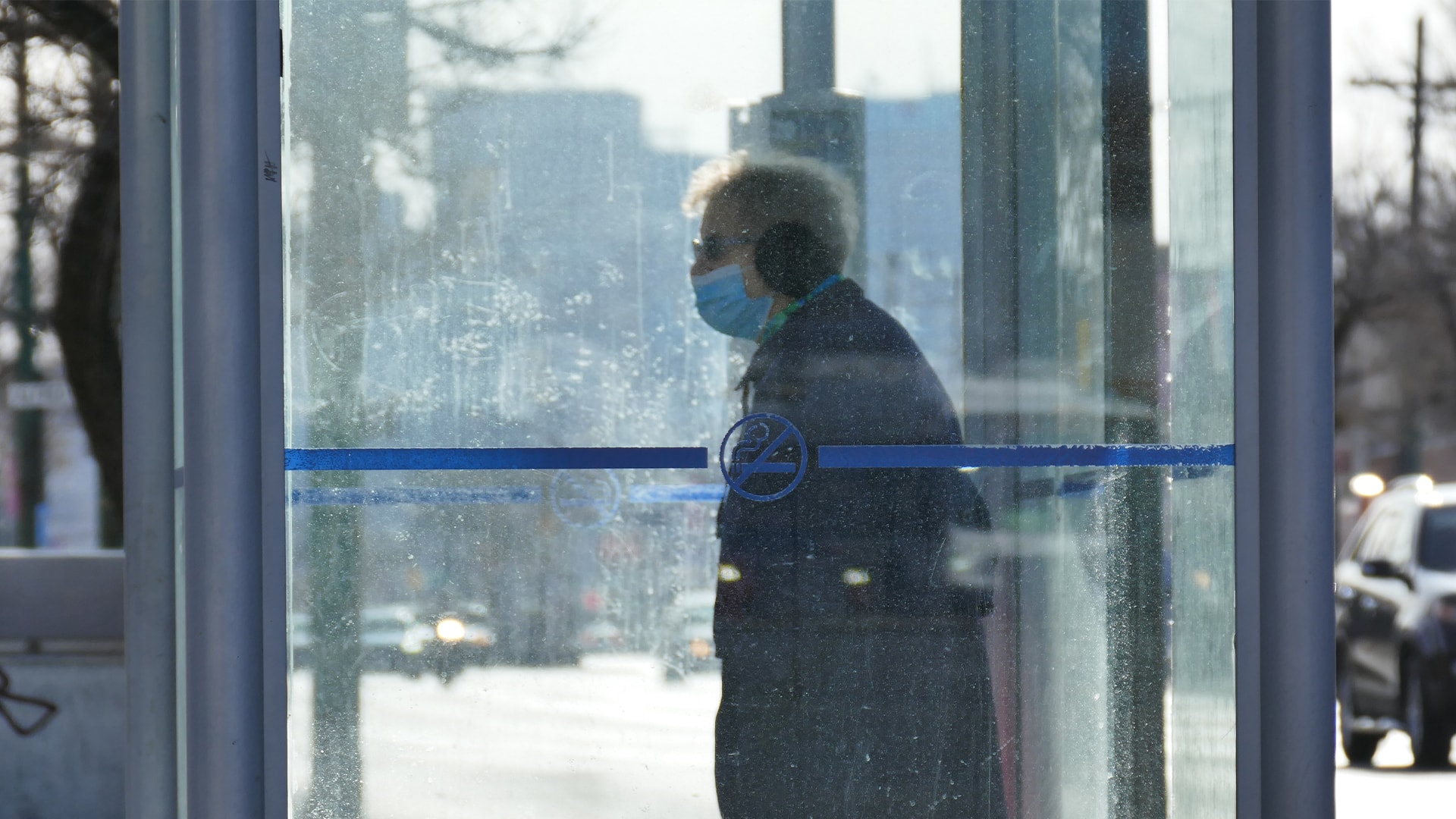 The entire province of Manitoba is going back into lockdown mode. It’s a last-minute bid to turn infection rates around before deaths spiral. But for some Manitobans, the only surprise is that it took this long. 2:01

The surge in cases has prompted provincial and health officials to move the entire province into the red — or critical — level of its pandemic response system.

Starting Thursday and lasting at least two weeks, Manitobans are banned from socializing with people outside their own household, and non-essential retail shops and restaurants must close to in-person customers.

Saskatchewan on Tuesday also reported its highest number of COVID-19 hospitalizations since the start of the pandemic. Forty-four people are in hospital, with 11 of those in intensive care.

In the face of the rising trend in cases, a group of physicians from across the province on Monday called on the Alberta government to impose an immediate two-week emergency lockdown.

In the open letter addressed to Premier Jason Kenney, Health Minister Tyler Shandro and Dr. Deena Hinshaw, Alberta’s chief medical officer of health, the group warned that the province’s acute-care system could soon be overburdened if no extra restrictions are imposed.

Kenney has said he will not impose any new lockdowns, arguing the measures could hurt the economy and affect people’s mental health.

Meanwhile, COVID-19 hospitalizations in British Columbia are approaching peak levels, as the Lower Mainland attempts to slow the spread of infection with strict new guidelines.

With 142 people in hospital on Tuesday — 46 of them in intensive care — the numbers are nearing the record high of 149 COVID-19 patients who were in hospital on April 2. 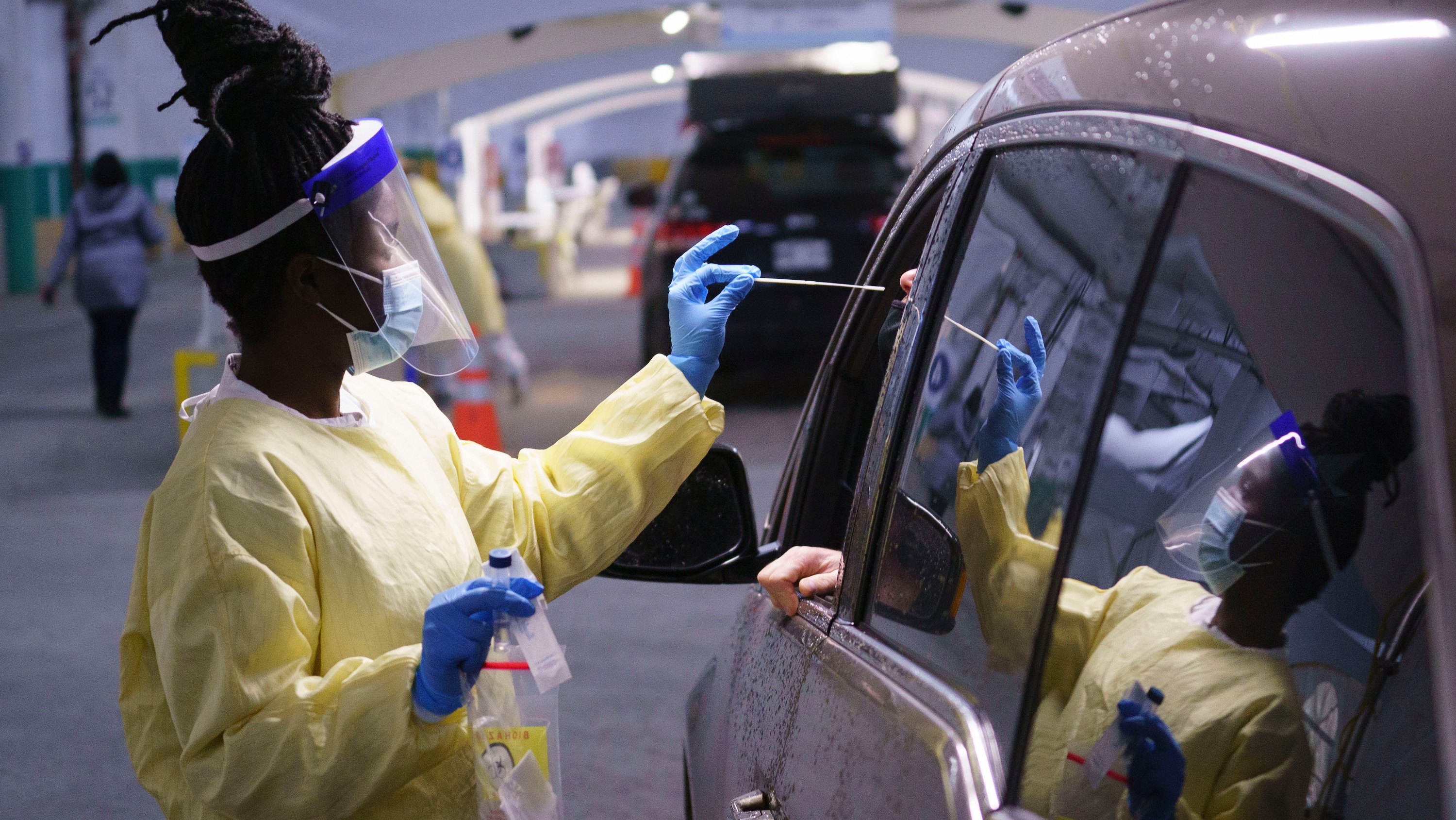 Despite the possibility of a COVID-19 vaccine on the horizon, infectious disease specialist Dr. Isaac Bogoch says we need to to double down on efforts to stop the spread of the disease right now.   1:14

As of 7 a.m. ET on Wednesday, provinces and territories in Canada had reported a cumulative total of 273,037 confirmed or presumptive coronavirus cases. Provinces and territories listed 221,279 cases as recovered or resolved. A CBC News tally of deaths based on provincial reports, regional health information and CBC’s reporting stood at 10,632.

In Toronto, which recorded 520 of those cases for a second consecutive new high, Medical Officer of Health Dr. Eileen de Villa announced the city is moving into the “red” level of Ontario’s colour-coded COVID-19 shutdown system and adding stricter measures on top of those restrictions.

Quebec reported 1,162 new cases and 38 additional deaths on Tuesday, as the premier ruled out the possibility of lifting red-zone restrictions early.

With two weeks remaining in the second 28-day partial lockdown, Premier François Legault said the spread of the virus is particularly concerning in the regions of Saguenay-Lac-Saint-Jean, Lanaudière, Mauricie-Centre-du-Québec and the Gaspésie.

In Atlantic Canada, neither Newfoundland and Labrador nor New Brunswick reported any new cases on Tuesday.

Nova Scotia recorded three new cases, two of which are connected to a cluster of cases in the Clayton Park area of Halifax.

Prince Edward Island announced one new case, a person who was in close contact with a case announced Friday.

In Yukon, high school students in Grades 10 to 12 in Whitehorse will remain on a modified schedule for the remainder of the school year, Education Minister Tracy-Anne McPhee said on Tuesday.

Chief Medical Officer Dr. Brendan Hanley said officials are in the process of updating the health and safety guidelines for all K-12 students in the territory, and masks will soon be required in common areas of schools, as well as physical distancing of one metre within the classroom between students.

From The Associated Press and Reuters, last updated at 8:30 a.m. ET

As of Wednesday morning, there have been more than 51.5 million cases of COVID-19 reported worldwide, with more than 33.6 million listed as recovered on a coronavirus tracking dashboard maintained by Johns Hopkins University. The number of deaths recorded by the U.S.-based university stood at more than 1.2 million.

In Europe, decreasing hospitalizations, fewer confirmed cases and other major public health indicators show that the resurgence of the coronavirus in Belgium is abating — welcome news for a country that proportionally is among the worst-hit nations in Europe when it comes to confirmed coronavirus cases.

Over the past month, Belgium has taken increasingly stringent measures to contain the virus, with bar and restaurant closures capped by a partial lockdown, which started last week and put further restrictions on gatherings and forced non-essential shops to shut.

Belgium still had 7,834 new confirmed cases a day over the past week, but it amounted to a 46 per cent decline from the previous seven-day period. The daily death toll for the past week stood at 190 people, a 35 per cent increase.

In the Americas, California and several states across the U.S. Midwest tightened restrictions on residents on Tuesday as the nation’s top infectious disease specialist called on Americans to remain vigilant until a vaccine can be approved and distributed.

The new clampdowns were announced as the country reported a record number of new COVID-19 cases on Tuesday for the seventh day in a row, according to a Reuters tally. With case numbers still being filed by a handful of states, the U.S. had reported at least 134,000 new infections by late Tuesday.

Texas became the first U.S. state to surpass more than one million confirmed coronavirus cases after it registered 10,865 confirmed cases on Tuesday, a new daily record.

The country’s daily death toll stood at 1,450, the first time it has risen above 1,400 since mid-August. Hospitalizations of infected people also continued to climb rapidly, reaching 61,471 by late Tuesday, the highest ever during the pandemic.

“There’s a real thing called COVID-19 fatigue, that’s understandable,” Dr. Anthony Fauci, a member of the White House coronavirus task force, told CNN in an interview. “But hang in there a bit longer, do the things you need to do and we’ll be OK.”

In the Asia-Pacific region, Vanuatu has recorded its first case of the coronavirus after a citizen who had been repatriated from the United States tested positive while in quarantine. The Pacific nation had been among the last handful of countries to have avoided the virus.

Health authorities said the 23-year-old man was asymptomatic when he returned home Nov. 4 but his infection was confirmed Tuesday after routine testing. Officials said they plan to keep everyone from the same flight in quarantine and to trace the man’s close contacts, but they don’t plan to impose any broader measures in the nation of 300,000 people.

In Africa, Ethiopia now has more than 100,000 confirmed coronavirus infections, joining a handful of countries across the continent that have surpassed that milestone as COVID-19 cases begin to creep up again in multiple places.

The Horn of Africa regional power faces multiple humanitarian crises and now has a growing deadly conflict in its northern Tigray region between federal forces and regional ones.

Other African nations with over 100,000 confirmed virus cases on Wednesday are Egypt with over 109,000; Morocco with over 265,000; and South Africa with over 740,000. The 54-nation African continent is closing in on two million confirmed cases.