Coronavirus: What’s happening in Canada and around the world Friday

Faced with mounting COVID-19 case numbers, Quebec is considering temporarily closing schools as part of its efforts to “break” the second wave of the novel coronavirus in the province.

Premier François Legault said Thursday that “schools are a place of transmission” in the province and that is why officials are looking at the possibility of closing schools for a “limited period of time.”

“As I’ve said before, that is our last solution,” Legault said. “Children have already lost many days of school last spring. But we have to consider all of our options to break the wave.”

More than 1,100 classrooms have been closed due to COVID-19, with more than 300 of them closing in the last two days alone, officials said Thursday.

The temporary shutdown could come as an extended holiday break — with the possibility of extending the academic year into July.

Quebec, which has seen more reported COVID-19 cases and deaths than any other Canadian province, reported 1,365 new cases and 42 deaths on Thursday.

Masks are not currently mandatory in all of Quebec’s classrooms. Elementary students from Grade 5 and up need to wear masks when moving through the school — but not while they are in their class. High school rules have been adjusted since classes began, and students in the province’s “red zones” are now required to wear masks throughout the day.

As of 7:30 a.m. ET on Thursday, provinces and territories in Canada had reported a cumulative total of 282,582 confirmed or presumptive coronavirus cases. Provinces and territories listed 226,775 cases as recovered or resolved. A CBC News tally of deaths based on provincial reports, regional health information and CBC’s reporting stood at 10,768.

In Ontario, new modelling numbers released Thursday suggest the province could see as many as 6,500 COVID-19 cases a day by mid-December.

The modelling came as the mayor and chief medical officer of health of the province’s biggest city urged residents to stay home as much as possible.

“My message today with respect to COVID is very blunt and very simple: Please stay home,” Mayor John Tory said as he urged people to avoid socializing outside their household and stay home except for work, schools, essential errands and exercise.

“Our work has to be absolutely relentless to get where we want to be.”

Health officials in B.C. are particularly concerned about case numbers in communities covered by the Vancouver Coastal Health and Fraser Health authorities, where stepped-up restrictions have been put in place temporarily.

Alberta announced “new targeted measures” on Thursday to try and slow the transmission of COVID-19, including a two-week halt on indoor group sports and fitness classes in hard-hit areas. Premier Jason Kenney’s government is also making bars, lounges and pubs stop serving alcohol by 10 p.m. and close at 11 p.m. in areas of the province under enhanced watches.

Dr. Deena Hinshaw, the province’s chief medical officer of health, and Kenney both said that further measures could be on the table.

“COVID is starting to win and we cannot let that happen,” Kenney said. “This two-week push is, I believe, our last chance to avoid more restrictive measures that I and most Albertans desperately want to avoid.” 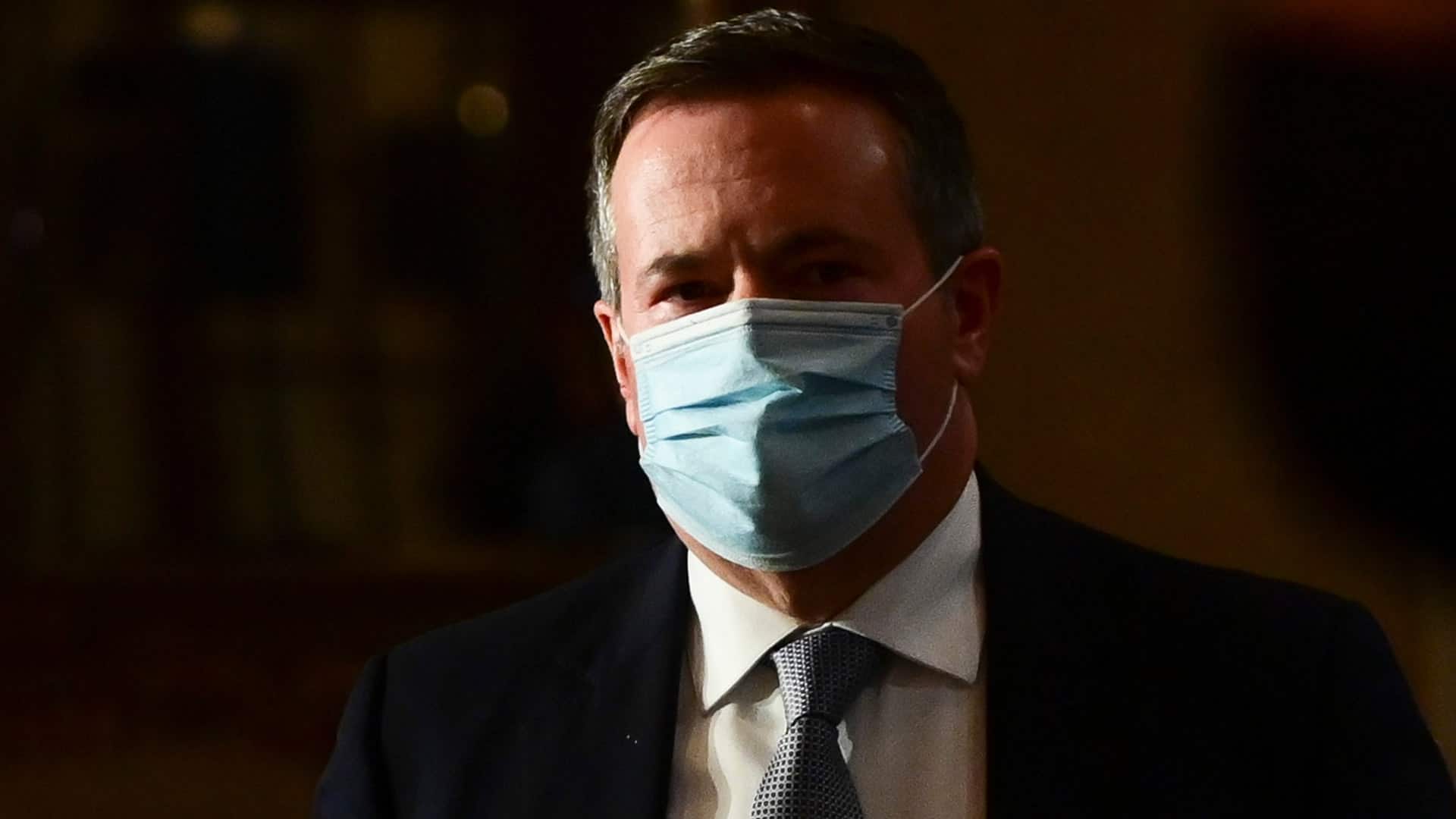 In Saskatchewan, health officials reported 111 new cases of COVID-19 on Thursday, marking six days in a row with new case numbers over 100. The province listed the number of people with COVID-19 in hospital at 49, one more than on Wednesday. There were 13 people in intensive care, up from 11 the day before.

Manitoba reported 474 new cases of COVID-19 and nine new deaths on Thursday as stepped-up restrictions kicked in. The province reported 227 people were in hospital, with 34 in intensive care.

COVID-19 case numbers were ticking upward across Canada’s North. In Yukon, health officials announced a new case in Whitehorse, the 24th confirmed case in the territory. 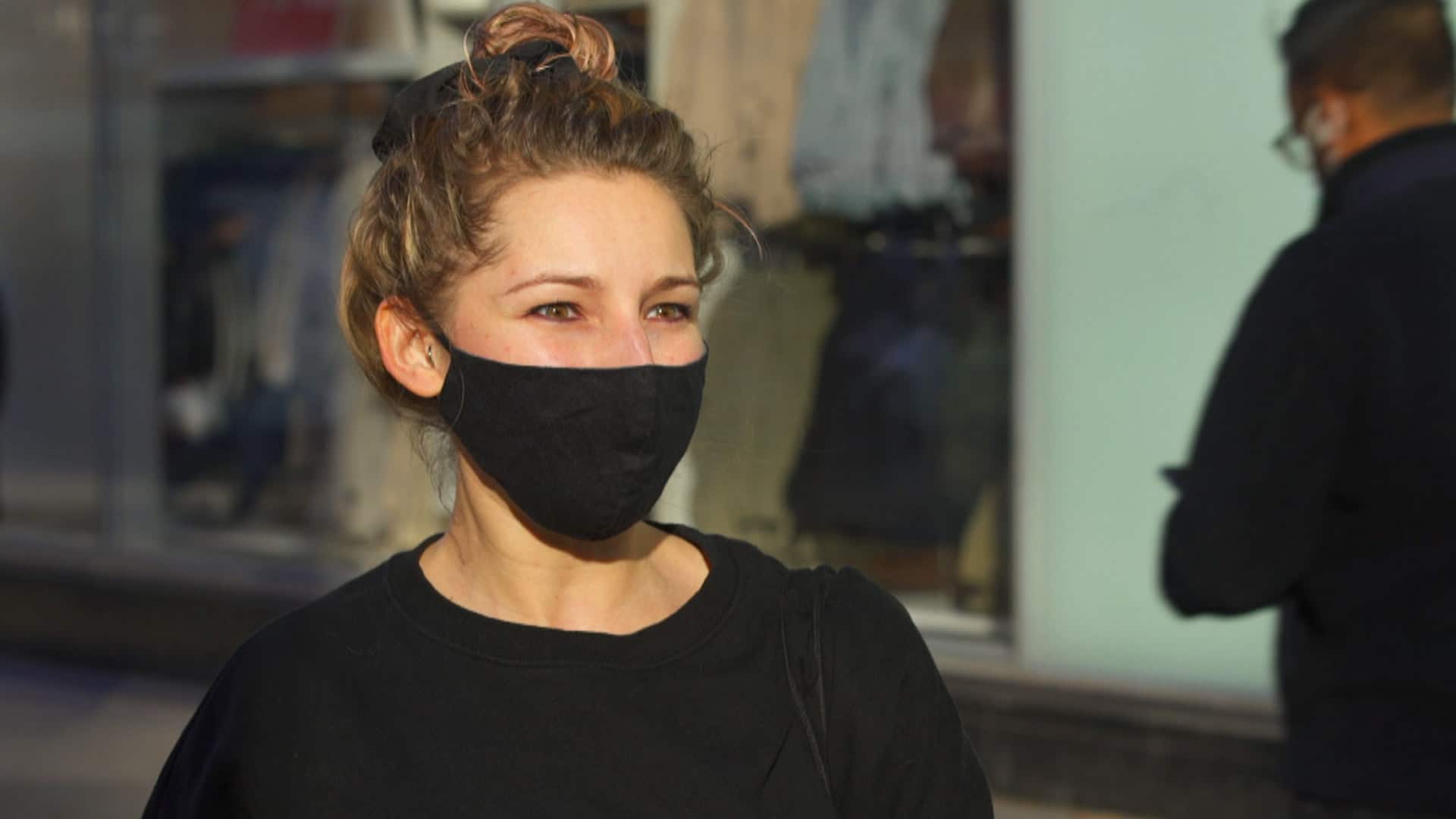 The Northwest Territories reported four new cases in Fort Smith, all linked to one household. N.W.T. has now seen a total of 15 cases since the pandemic began.

In Nunavut, restrictions are being increased in Iqaluit and Kivalliq after a COVID-19 case was reported in Rankin Inlet. The territory, which until recently had no confirmed cases of the novel coronavirus, now has three confirmed cases.

Across Atlantic Canada, there was one new case reported in New Brunswick and no new cases reported in Nova Scotia, Prince Edward Island or Newfoundland and Labrador.

As of early Friday morning, more than 52 million cases of COVID-19 had been reported worldwide, with more than 34 million of those considered recovered, according to a tracking tool maintained by Johns Hopkins University. The global death toll stood at nearly 1.3 million, the database reported.

The country set a record Friday for daily new infections, with the health ministry reporting 1,649 new cases, bringing the national total to 113,298.

South Korea has reported its biggest daily jump in COVID-19 cases in 70 days as the government began fining people who fail to wear masks in public. The 191 cases added to the country’s caseload on Friday represented the sixth consecutive day of over 100 and most were from the Seoul metropolitan area.

The steady spread of the virus has alarmed government officials, who eased social distancing measures to the lowest level since October to soften the economic shock. While this has allowed high-risk venues like nightclubs and karaoke bars to reopen, Prime Minister Chung Sye-kyun said the continuing spread could force the government to “seriously consider” tightening social distancing again.

In Europe, Germany’s disease control centre is reporting a new daily record of coronavirus infections as the country nears the halfway point of new lockdown measures meant to slow the spread of the pandemic. The Robert Koch Institute said Friday that Germany’s states had reported 23,542 daily cases, slightly more than the previous record of 23,399 set on Saturday.

Chancellor Angela Merkel is due to hold talks with state governors on Monday, midway through a series of measures the government has called “lockdown light.”

A surge in coronavirus infections in Greece’s northern city of Thessaloniki is pushing the hospital system to its limits.

French Prime Minister Jean Castex, meanwhile, said there would be no easing for at least two weeks of the country’s second COVID-19 lockdown.

In the Americas, California has become the second U.S. state to record one million confirmed coronavirus infections. Texas reached the mark earlier this week, according to data compiled by Johns Hopkins University.

California was the first in the nation to implement a statewide stay-at-home order on its nearly 40 million residents in March.

After spiking in the summer, the rate of confirmed COVID-19 cases in California declined markedly into the fall but now is surging again, like much of the nation. This week, 11 counties had rates high enough that state restrictions were reimposed on certain businesses and activities.

In the Middle East, Israel will sign a provisional deal with Pfizer to receive eight million doses of the drugmaker’s still-experimental coronavirus vaccine from January.