Prime Minister Justin Trudeau remained tightlipped about the uncertainty clouding the U.S. election this morning, saying his government will watch the results carefully.

“As everyone knows there is an electoral process underway in the United States,” Trudeau told reporters gathered outside West Block Wednesday morning.

“We of course are following it carefully, and we’ll continue to as the day and the days unfold.”

“Are you worried?” asked one reporter in French, but by that point Trudeau was already headed inside.

Conservative Leader Erin O’Toole offered a similar cautious tone heading into a caucus meeting Wednesday, telling reporters in French, “We will wait to see the result.”

Tuesday’s U.S. presidential election count has spilled into Wednesday without a call for either U.S. President Trump or his Democratic opponent, Joe Biden.

A number of key states, including Nevada, Georgia, Arizona, Michigan, Pennsylvania and Wisconsin, are too close to call and potentially millions of ballots have yet to be counted.

In the wee morning hours, Trump said he would take the election to the U.S. Supreme Court to stop the counting despite those outstanding votes in several swing states still not tallied.

“This is a fraud on the American public,” Trump told supporters in the East Room of the White House. “This is an embarrassment to our country. Frankly, we did win this election.”

Bloc Québécois Leader Yves-François Blanchet said there will be time in the coming hours — or days —  for Trudeau to react, but not this morning.

“I think Mr. Trudeau should do nothing for the coming hours because the results will get more and more clear, and as they do so, there will be time to prepare a more clear position from the Canadian government,” he said Wednesday.

“Whatever our preferences might be, we have the obligation to respect and to stay away from internal American affairs, even if we have the opportunity to provide opinions, which I can do quite freely because I do not think I will be prime minister of Canada in the coming years, and I might think that it will take a little more than four years before Quebec becomes independent.”

On Tuesday as Americans headed to the polls, Trudeau and O’Toole both said they were prepared to work with whoever was elected.

Trudeau said Canada is “well-positioned and ready” to work with the American people and the U.S. government, regardless of the outcome. 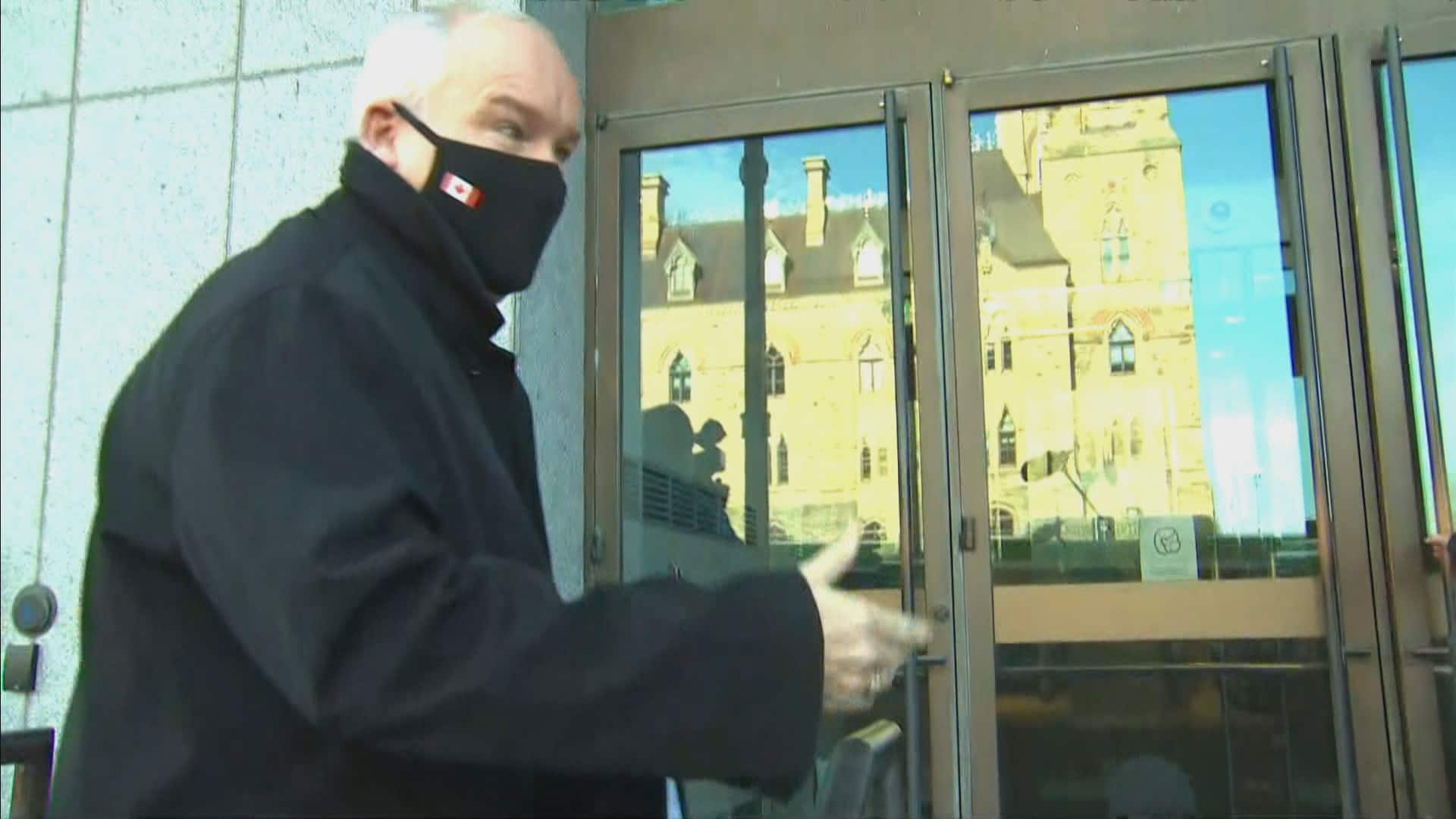 O’Toole spoke to reporters briefly in French, saying he would watch the results, as he arrived for his weekly caucus meeting in Ottawa. 0:20

Trudeau said Canada has been able to work with Trump over the last four years, despite ongoing trade and tariff hostilities, and he’s prepared to do so again if the U.S. president were to be re-elected.

He said Canada was able to renegotiate the trilateral North American free trade deal and the government has pushed back against Trump’s deployment of tariffs on Canada’s steel and aluminum exports on national security grounds.

O’Toole said he’d also work to find common ground with whoever Americans choose to be their president on issues that are important to Canada.

But while Trudeau and O’Toole were careful to avoid taking sides in the American contest, NDP Leader Jagmeet Singh and Blanchet both said they would be happy to see Trump trounced.

Singh tweeted that Trump made the world a more dangerous place for everyone, while Blanchet said the “whole planet” would be better off if Trump lost.

WATCH | Blanchet on the U.S. election 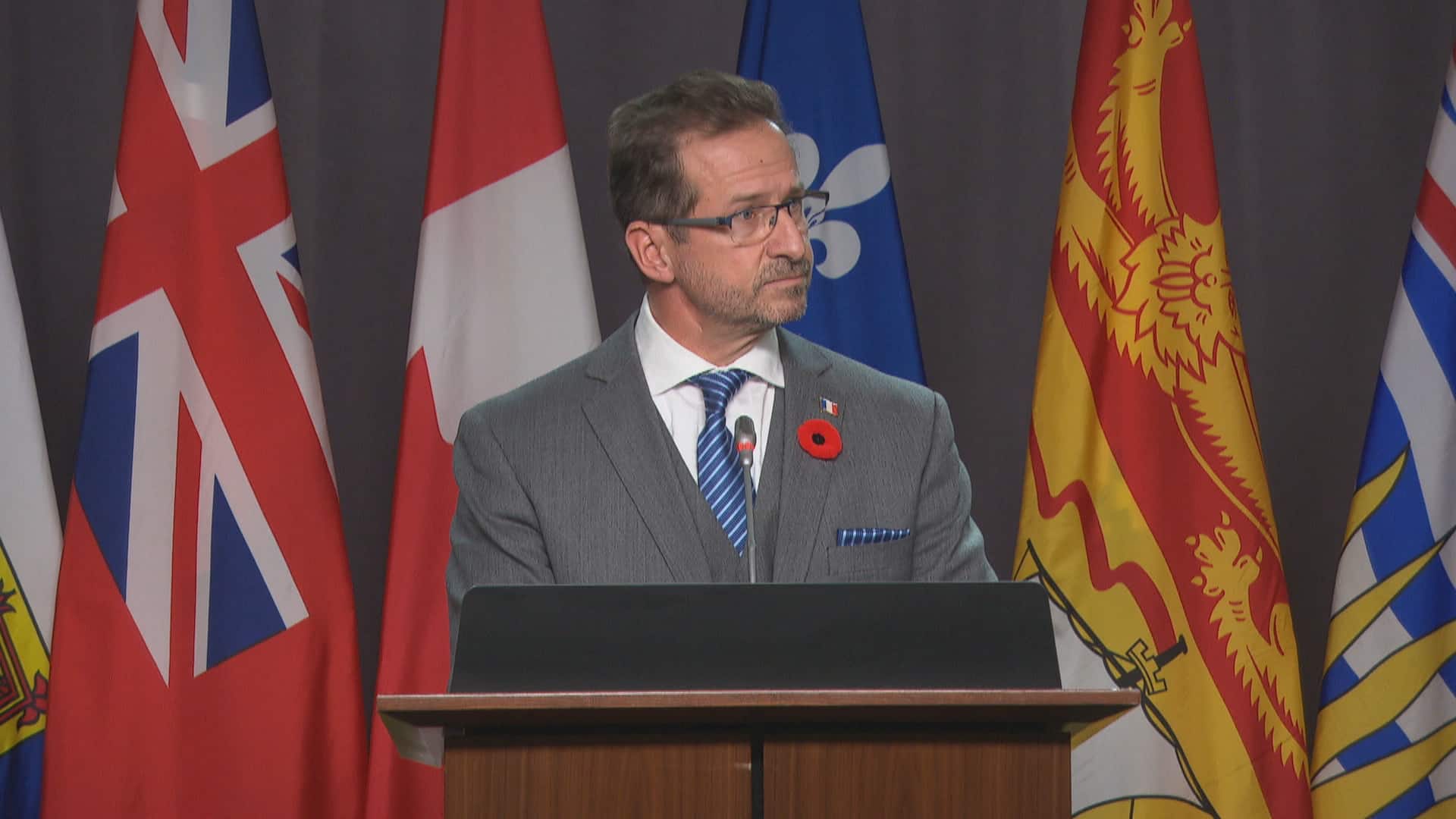 Bloc Quebecois Leader Yves-Francois Blanchet lets the Ottawa Press Corps in on how he hopes the American election turns out. 0:48

“How come the American people support so much a man who openly lies, avoids paying his taxes, carries and shares prejudices against so many people? Why do the American people still support so strongly that man is a question that he does not have to ask himself; he’s faring pretty well. But the Democrats, the media, the institutions should ask themselves this troubling question.”