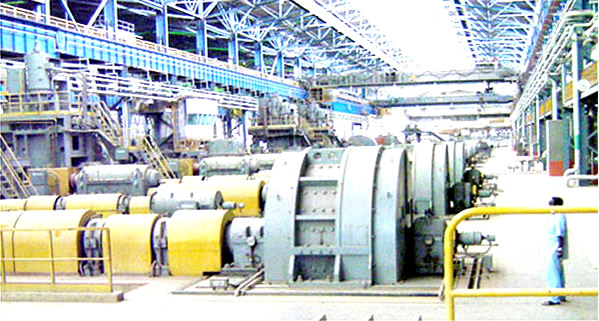 The Federal Government has allocated the sum of N4.2bn to the Ajaokuta Steel Company Limited for the year 2022.

This was disclosed in the 2022 budget details report obtained from the Budget Office.

The PUNCH had earlier reported that the steel company had continued to receive regular budgetary allocations and disbursements in the past six years, despite being idle.

It was reported that the government allocated a total of N20bn to the idle steel company between 2015 and 2021.

According to the 2022 Budget details report, the sum of N3.9bn was allocated to cover personnel cost, N186.9m was earmarked for capital projects implementation while N75.3m will be expended on overhead.

Under personnel cost, the Federal Government allocated N3bn to salaries and wages while N924.6m was designated for allowance and social contributions.

It also revealed that the government planned to initiate new projects on the inactive establishment.

In the 2022 budget, the sum of N97.2m was allocated for the provision of water facilities, N59.3m for the maintenance of power facilities and N30.5m for lighting safety and security.

The company which was incorporated in 1979 reached 98 per cent completion in 1994, with 40 of its 43 plants having been built before it got stuck, with the remaining two per cent for external infrastructure like waterways and viable ports.

Beside budgetary allocation, the government had made failed attempts at privatisation and concession of the company.

In an attempt to revamp the company, an Indian company, Global Steel Holdings Limited, won the concession of the Ajaokuta steel mill for a 10-year period but the agreement was revoked when the Federal Government accused the firm of asset stripping, a development which led to a court case between the two parties.

The Federal Government announced in 2016 that the legal dispute had been resolved, after it reportedly ceded the National Iron Ore Mining Company, Itakpe, to Global Steel for the remaining concession period, in line with an agreement reached during mediation talks.

However, the resolution has since turned contentious.

In 2019, the President, Major General Muhammadu Buhari (retd.), ordered the completion of the company.

In 2020, the Senate also passed a resolution urging the Federal Government to, as a matter of urgency, complete the Ajaokuta SteelComplex.

The Minister of Mines and Steel Development, Olamilekan Adegbite, said that the Ajaokuta Presidential Project Implementation Team would enact a pact reached between Buhari and Russian president, Vladimir Putin, which required the East European country to assist in completing the project and finding a Russian firm to manage it on Build-Operate-and-Transfer basis.

The minister said Afreximbank would fund the project with $1bn, while the Russians would offer $460m, adding that a Russian firm, MetProm Group, would ensure the completion and operation of the steel company.

Efforts at concession had failed.

There had also been calls on the Federal Government to privatise the company.

The Federal Government halted the privatisation move, stating that the problem with the Ajaokuta Steel Company was very complex.

The PUNCH reported in July that Adegbite had said the Ajaokuta Steel Company would function to capacity before the end of the regime of Buhari.