High turnout, a massive number of mail-in ballots and slim margins between the two candidates all contributed to the delay in naming a winner. But Biden held leads in Pennsylvania, Nevada and Georgia, putting him in an ever-stronger position to capture the 270 electoral college votes needed to take the White House.

“We’re going to win this race,” he said as he addressed the nation briefly Friday night near his home in Wilmington, Del. “With a clear majority, with a nation behind us.”

Biden has more than 74 million votes to Trump’s close to 70 million as of Friday night.

Late Friday, intense focus remained on Pennsylvania, where Biden led Trump by more than 27,000 votes, and Nevada, where the former vice-president led by about 22,000.

Biden’s lead continued to expand early Saturday in Georgia, by just over 7,200 votes — with the count 99 per cent complete — up from a lead of around 4,000 on Friday afternoon. With such a slim margin, Georgia’s secretary of state, Brad Raffensperger, said on Friday that ballots will undergo a recount.

Democratic presidential candidate Joe Biden says his campaign is on the path to victory as his lead over Donald Trump grows. 2:32

In Arizona, Biden’s lead has narrowed to about 29,861 votes with 97 per cent of the tally completed. Trump’s campaign has been optimistic that Arizona will end up in his column.

The prolonged wait added to the anxiety of a nation facing historic challenges, including the surging pandemic and deep political polarization.

Trump posted a series of tweets on Saturday morning, alleging a lack of monitoring of votes in Pennsylvania.

On Friday evening, Supreme Court Justice Samuel Alito approved a Republican request ordering county boards to comply with Pennsylvania state guidance to keep the late-arriving ballots separate from those received before or on election day. Alito, however, did not direct election officials to stop counting the ballots, as the Republicans had also sought.

He also took to Twitter late Friday to pledge further legal action, tweeting that “Joe Biden should not wrongfully claim the office of the President. I could make that claim also. Legal proceedings are just now beginning!”

Trump stayed in the White House and out of sight on Friday, as more results trickled in. In the West Wing during the day, televisions remained tuned to the news amid trappings of normalcy, as reporters lined up for coronavirus tests and outdoor crews worked on the North Lawn on a mild, muggy fall day.

Biden, for his part, acknowledged the sluggish pace of the count “can be numbing.” But, he said, “Never forget the tallies aren’t just numbers: They represent votes and voters … your vote will be counted.” 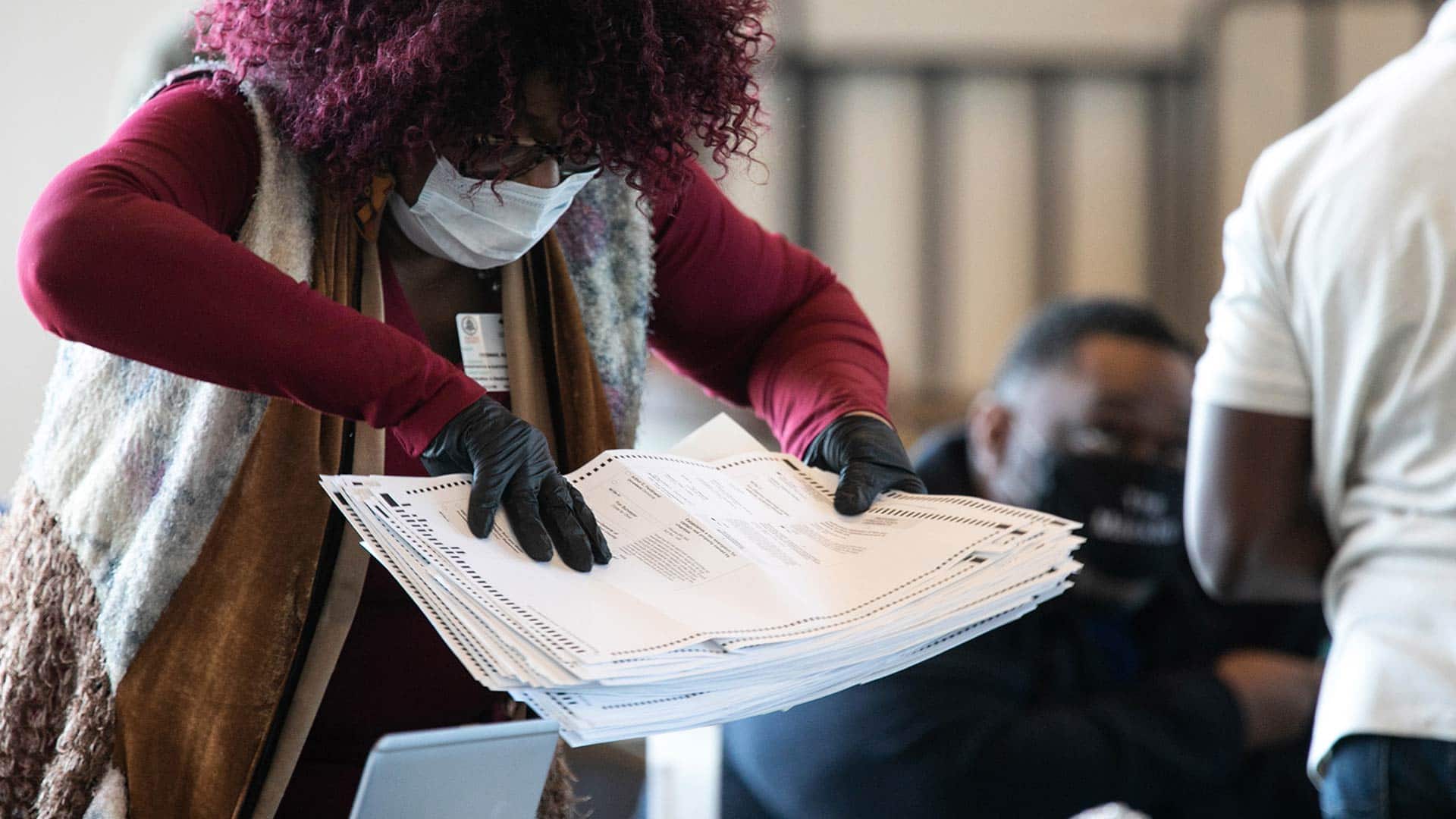 Joe Biden ended Friday with a razor-thin margin over Donald Trump in Georgia and the state is already headed for a recount. 2:28

He expressed confidence that victory ultimately would be his, saying, a record number of Americans “chose change over more of the same” and told the nation that the political parties may be opponents, but they are not enemies.

“We’re certainly not going to agree on a lot of issues, but at least we can agree to be civil with one another,” he said. “Let’s put the anger and the demonization behind us.”

Standing alongside his running mate, Sen. Kamala Harris, and against a backdrop of flags, Biden wasn’t able to give the acceptance speech his aides had hoped. But he hit notes of unity, seemingly aimed at cooling the temperature of a heated, divided nation.

Trump vowed to continue his legal fight on Friday, according to a statement released by the White House.

“We will pursue this process through every aspect of the law to guarantee that the American people have confidence in our government,” Trump said in a statement.

“I will never give up fighting for you and our nation.”

Trump has sought to portray as fraudulent the slow counting of mail-in ballots, which surged in popularity due to fears of exposure to the coronavirus through in-person voting. As counts from those ballots have been tallied, they have eroded the initial strong leads the president had in states like Georgia and Pennsylvania.

States have historically taken time after election day to tally all votes.

Trump has previously mentioned taking his case to the Supreme Court, but he could need the court’s help in two or more states, an unlikely scenario that is far different from what took place in 2000, the only time the Supreme Court has effectively settled a presidential election. Twenty years ago, the entire fight was over Florida’s electoral votes and involved a recount as opposed to trying to halt the initial counting of ballots.

WATCH | Trump attempts to use courts to hold White House: 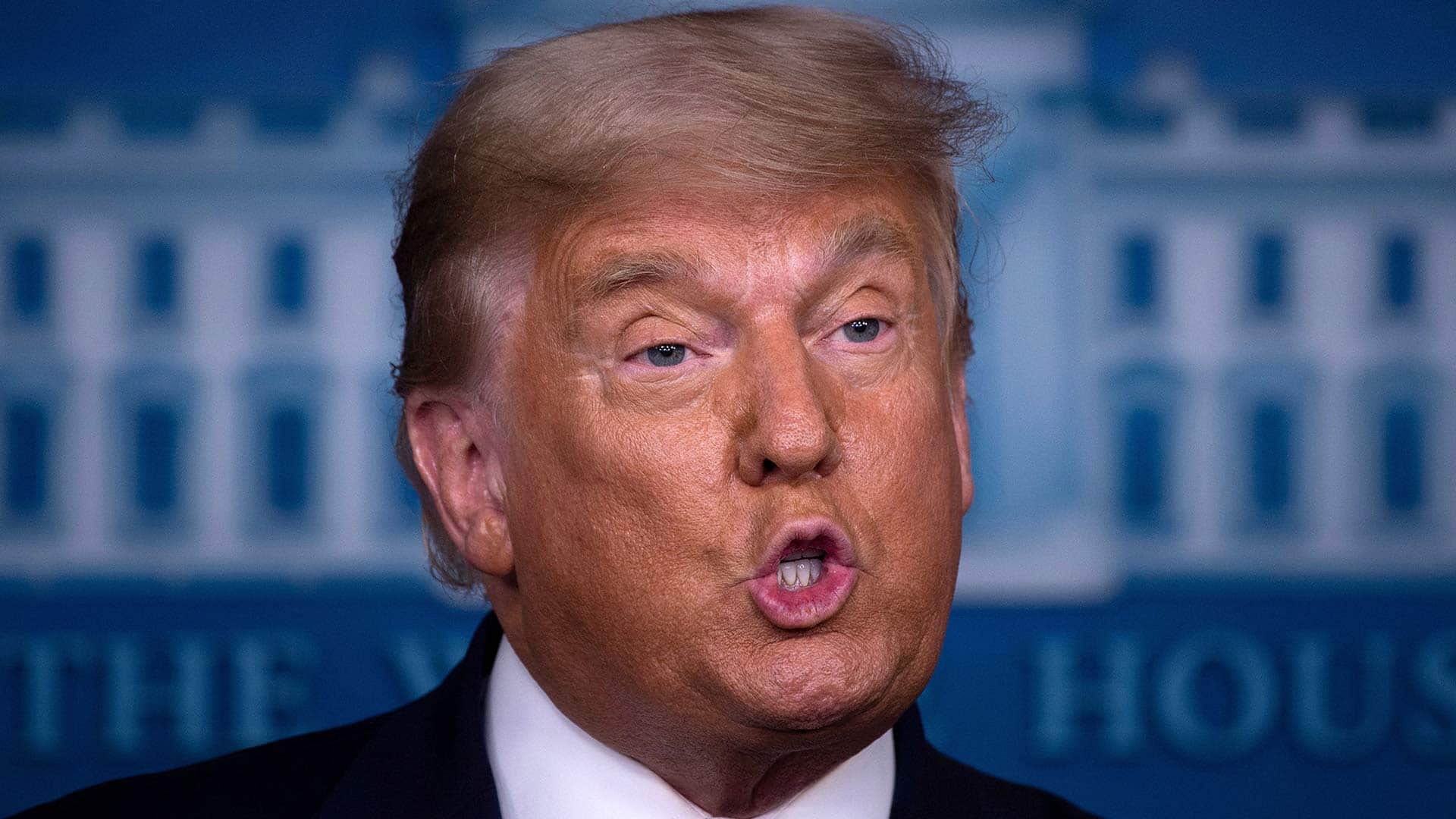 Trump’s mood is reportedly foul as vote counts continue to tilt toward his opponent. And as the states where he is losing multiply, the legal strategies for contesting or halting the count gets harder. 2:24

In an extraordinary assault on the democratic process, Trump appeared in the White House briefing room on Thursday evening and without basis alleged that Democrats could “try to steal the election from us” if “illegal votes” cast after election day were counted.

Offering no evidence and taking no reporter questions, Trump lambasted election workers in a 15-minute address and sharply criticized polling before the election.

Senate Majority Leader Mitch McConnell, speaking at a news conference from his native Kentucky on Friday, said he would not comment on the president’s allegations, pointing to a tweet he sent out earlier as his conclusive thoughts on the current state of affairs.

Here’s how this must work in our great country: Every legal vote should be counted. Any illegally-submitted ballots must not. All sides must get to observe the process. And the courts are here to apply the laws &amp; resolve disputes.<br><br>That’s how Americans’ votes decide the result.

Philadelphia Mayor Jim Kenney pointed to examples of previous candidates, including incumbent presidents, who conceded promptly when the math was no longer in their favour.

“I think what the president needs to do, frankly, is put his big boy pants on,” said Kenney. “He needs to acknowledge the fact he lost, and he needs to congratulate the winner.”

Some residents in the city celebrated what they believed was a lead change that would be permanent.

In Pennsylvania, the Trump campaign won an appellate ruling to get party and campaign observers closer to election workers who are processing mail-in ballots in Philadelphia.

But the order did not affect the counting of ballots that is proceeding in Pennsylvania and elsewhere, as elections officials are dealing with an avalanche of mail-in ballots driven by fears of voting in person during a pandemic.

Judges in Georgia and Michigan quickly dismissed Trump campaign lawsuits Thursday, undercutting a campaign legal strategy to attack the integrity of the voting process in states where the result could mean Trump’s defeat. 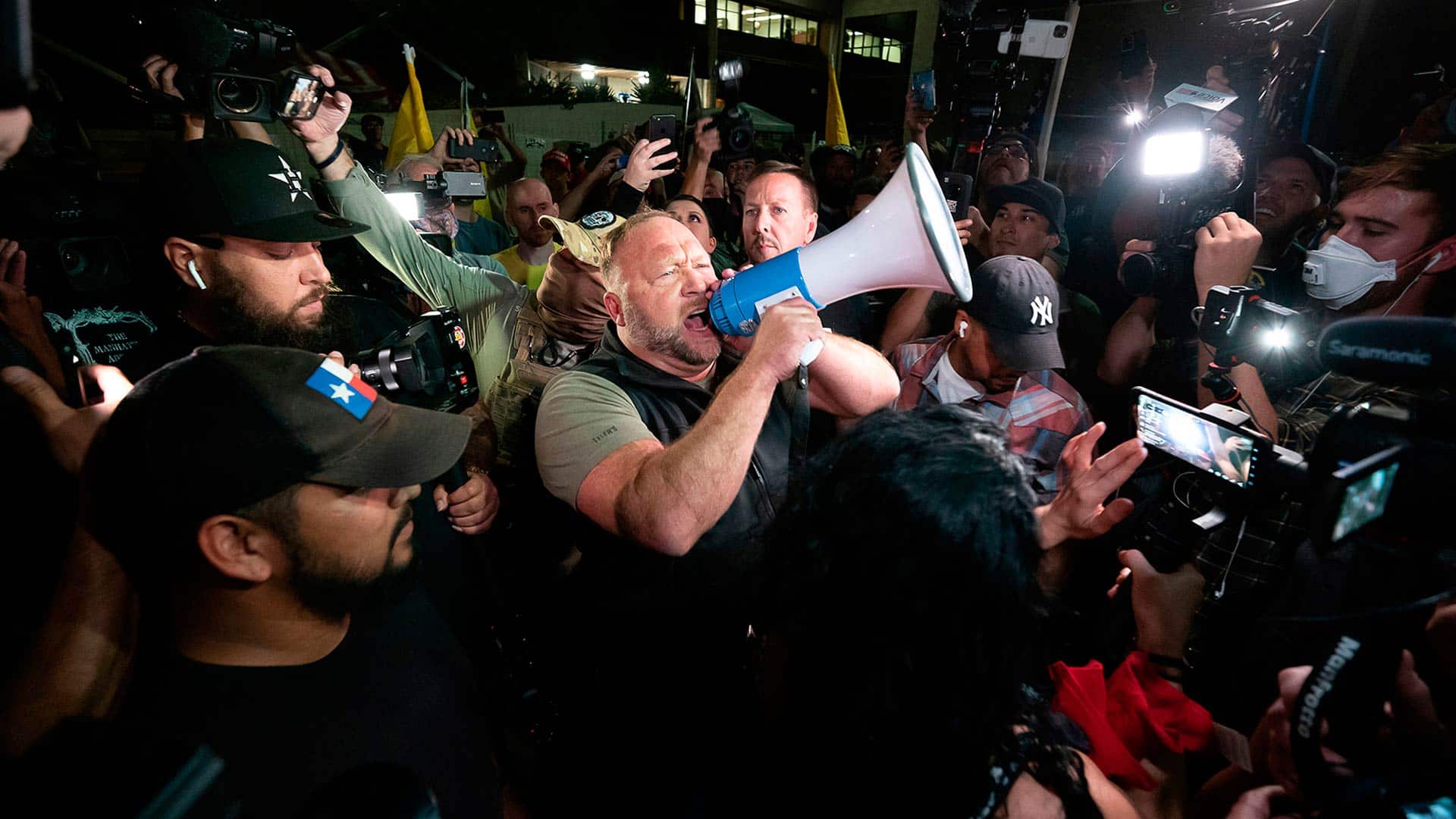 Protesters outside a vote-counting centre in Phoenix, Ariz., echoed U.S. President Donald Trump’s unsubstantiated claims that the Democrats are stealing the election even as Joe Biden’s lead shrank in the state. 1:40

Roughly 200 Trump supporters gathered for a third straight day in front of the elections centre in downtown Phoenix, where hundreds of workers are still processing and counting ballots. 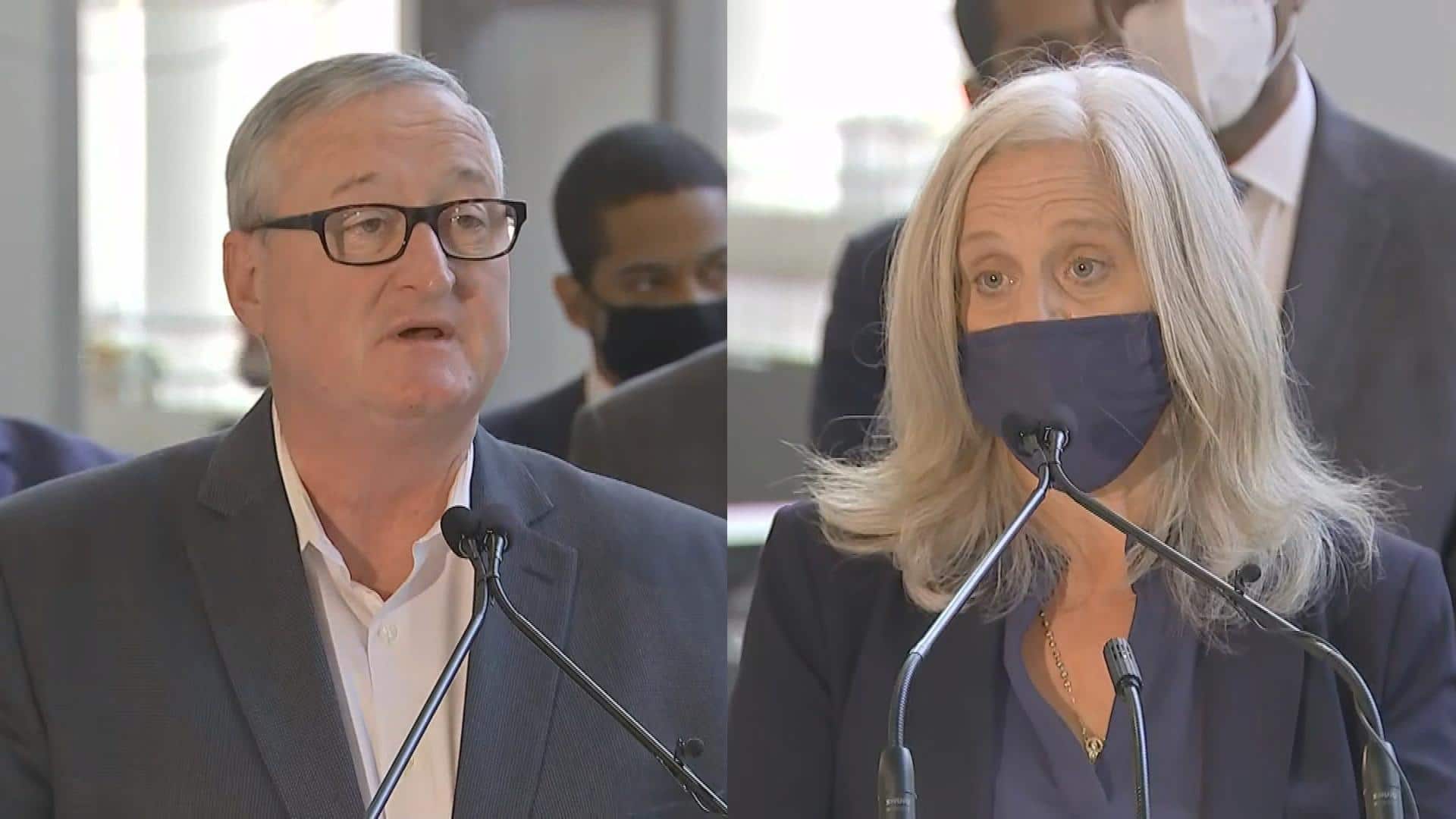 “Arrest the poll workers,” the crowd chanted, demanding that Trump’s presidency be renewed for “four more years.” Sheriffs’ deputies kept protesters in a “free speech” zone away from the entrance to the building.

In Philadelphia, two armed men were arrested Thursday near the convention centre where an ongoing vote count was happening, police said Friday. Police said the men, not yet identified, will be charged with firearms offences.

What do you want to know about the U.S. election? Email us at Ask@cbc.ca.