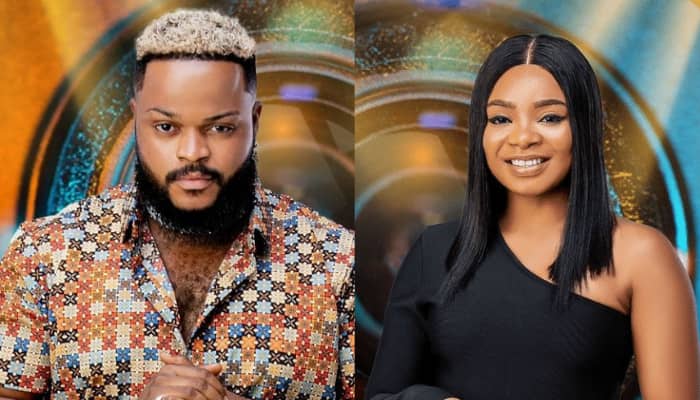 Big Brother Naija Shine Ya Eye housemate, Queen, has stated that she doesn’t want Whitemoney to share his attention with anybody but her, in the house.

She said this on Friday, day 48 of the show, after the morning workout at the gym.

As the duo was washing dishes, Queen, who had been snubbing Whitemoney for a couple of days, confronted him for sharing their personal issues with Jackie B.

Queen hasn’t been in talking terms with Whitemoney because she accused the latter of relating with other female housemates without her consent.

In the latest confrontation, Queen accused Whitemoney for sharing their personal issues with Jackie B, his love interest in the house.

She complained that Jackie B came to confront her about the issues they had and blamed Whitemoney for telling Jackie B.

Whitemoney, however, told Queen that Jackie B had to confront her because Queen ignored her first.

“But weren’t you ignoring her first?” She asked.

Queen stated, “I wasn’t ignoring her. She came to me on Wednesday and asked me how I was doing. I told her I’m fine. She said she knows that I’m having issues with her.”

Whitemoney said, “You started giving her attitude from that day.”

She continued, “I was having a mood swing and she saw me yesterday. When she saw me, she ignored me. So I’m like why did you tell her?

“We had issues. I discussed it with you, that’s my personal problem with you. Then you went on and started telling her and other people.”