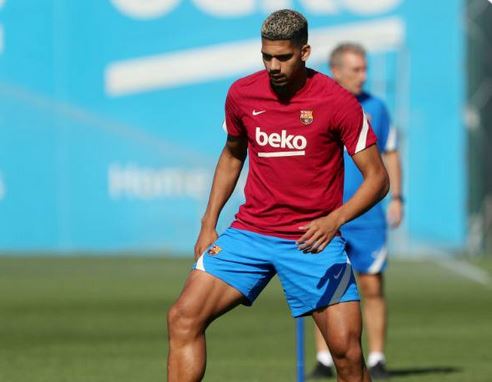 Barcelona centre-back Ronald Araujo has sustained a hamstring injury while on international duty with Uruguay.

Araujo picked up the injury in the 3-0 loss Uruguay suffered in a World Cup qualifier against Argentina on Sunday.

The club disclosed this in a statement published on their website on Tuesday.

The Uruguayan’s situation adds to the injury woes suffered by Barca manager Ronald Koeman this season.

“Tests carried out by the Uruguayan Football Association’s medical department have confirmed that first-teamer Ronald Araujo picked up a right hamstring injury during the match against Argentina,” Barca said.

“He will return to Barcelona where the Club’s medical department will assess his injury.

“Araujo has played nine times for Barça this season, seven in La Liga and two in the Champions League. His 615 minutes on the pitch featured one goal, a header against Granada at Camp Nou.”

Fortunately for the La Liga giants, Ousmane Dembele and Sergio Aguero who have been out injured returned to training yesterday.