2021 Afcon qualifiers: Ghana made to wait after Sudan loss 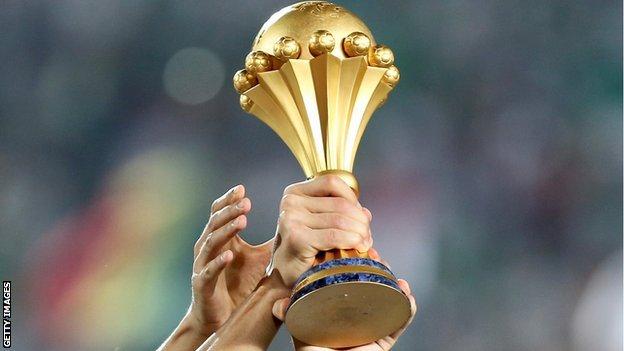 Sudan scored a last-gasp winner to edge past visiting Ghana in Group C of the Africa Cup of Nations qualifiers on Tuesday.

The result means that Ghana will have to wait to qualify for the finals having started the day knowing a draw would see them progress.

The game at the Al Hilal stadium in Omdurman was a physical affair with both sides picking up two yellow cards each in a goalless first-half.

Ghana were playing without their injured captain Andre Ayew, who scored both the Black Stars goals in the 2-0 win over the same opponents on Thursday, as well as suspended first-choice keeper Richard Ofori.

Their replacements both played their part with Caleb Ekuban causing trouble for the Sudanese defence and Fatua Dauda making some crucial saves at the other end.

With time running out the Black Stars looked happy to play for the draw but Sudan never gave up and scored in the second minute of time added on.

Ramadan Agab swung over a cross from the right which was met by Mohamed Abdelrahman and his firm header gave Dauda no chance.

That result means that Ghana stay on nine points level with South Africa as Sudan move to six points with all three still looking for a place at the finals.

The other team in the group are Sao Tome, who are yet to win a single point after their 4-2 loss to South Africa on Monday.

The fourth round of matches in Group K have left this one wide open as neither Madagascar nor Ivory Coast could open up a lead at the top and Ethiopia moved closer to the top two.

Ivory Coast took the lead in Madagascar after just 15 minutes as AC Milan midfielder Franck Kessie scored from the penalty spot after a handball by Jeremy Morel.

The game in Ethiopia was delayed by half-an-hour with no official reason given but it did not affect the hosts who took the lead against Niger through Amanuel Gebremikael after just 13 minutes.

The goal was created after some good work in the midfield resulted in the unmarked Shemeles Bekele getting the ball inside the box and his pass was met by Gebremikael’s left foot.

The hosts took control of the game just before half-time with Bekele again providing the final pass for Mesud Mohammed to strike into the top corner from 16 metres out.

The win was wrapped up with 20 minutes left to play as a poor pass from Niger keeper Moussa Alzouma hit his own defender giving Getaneh Kabede an easy chance to score.

With two matches left to play Ivory Coast top the pool thanks to a better head-to-head record over Madagascar, both teams have seven points, Ethiopia move to six and Niger stay on three.

Rwanda held on for a point against visiting Cape Verde despite playing an hour with 10 men.

Amavubi were at a disadvantage for most the match after the dismissal of Ally Niyonzima for a second yellow card after 30 minutes.

With only one place up for grabs from the group as Cameroon qualify automatically as hosts the race for the remaining spot is still wide open.

Cape Verde now move level with Mozambique in the group on four points and despite Rwanda having just two so far they are still in with a chance of reaching the finals.